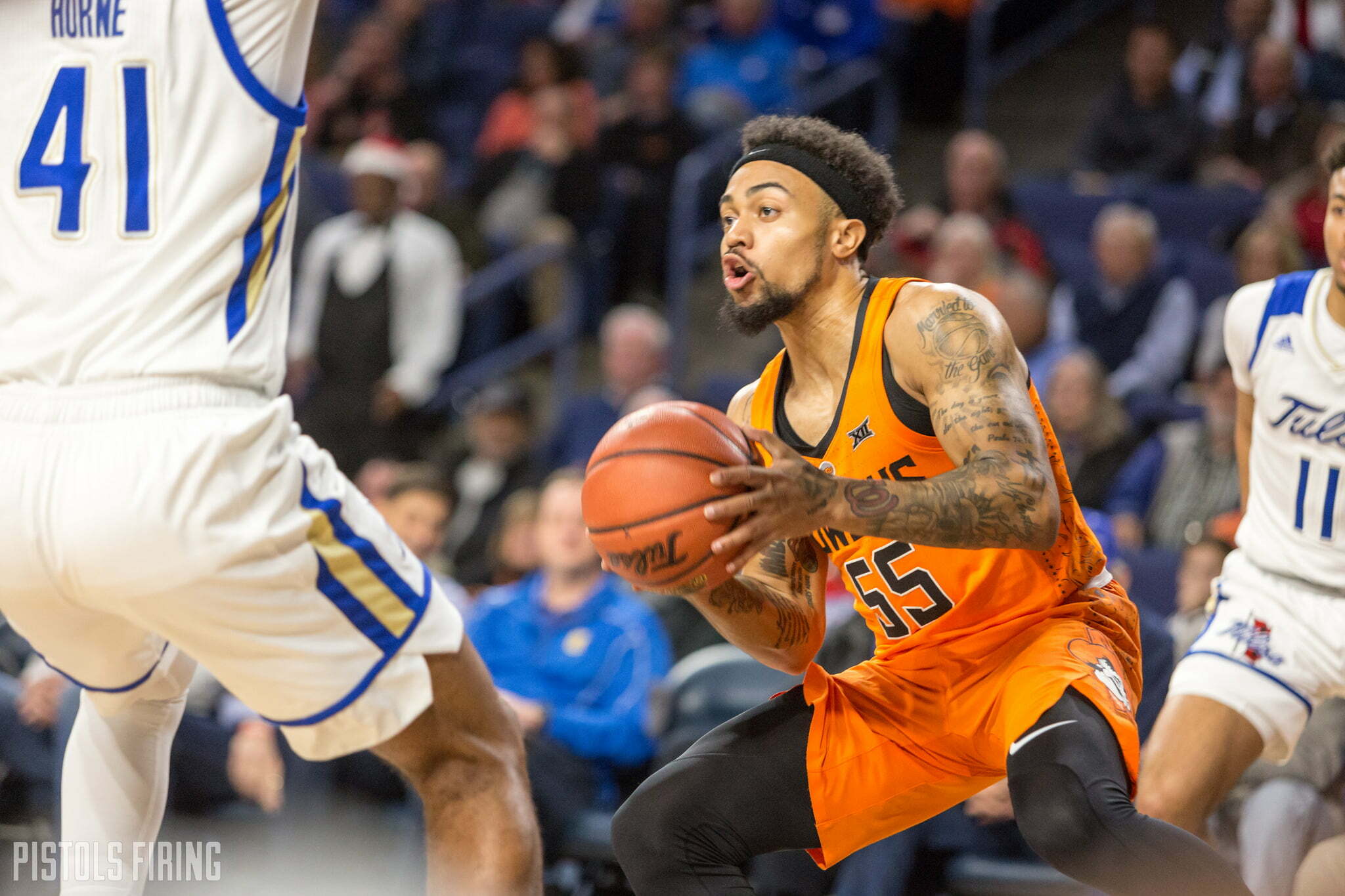 STILLWATER — Graduate transfer Mike Cunningham has been a healthy DNP for the Cowboys past three games.

For freshman big man Kentrevious Jones, it’s been six straight games of riding the bench. Oklahoma State coach Mike Boynton hasn’t gone too far into specifics for their absences, but he said the two are sitting for disciplinary issues.

“For us, it’s about standards, and it’s across the board with everybody,” Boynton said. “(Cunningham) and Kentrevious are both still in the same area right now. They’re available, whether they play or not, we’ll see. It’s kind of a day-to-day deal for them.”

The OSU offense has struggled at times this season, and Cunningham would be a boost to that, as he surpassed double digits in scoring in three of his seven games played this season. The Cowboys are also incredibly thin in the post, as junior Cameron McGriff is the only non-freshman big, a spot where Jones would likely give some respite. McGriff played 38 minutes against Iowa State on Wednesday.

“I’m not into necessarily lowering what we’re trying to build,” Boynton said. “This is a long-term deal. I’m here for the long haul. Winning a game or playing better for one 40-minutes segment isn’t worth the long-term ramification that you set. If you set a standard, and your guys don’t meet it, and you don’t hold them accountable, you don’t have a standard or you change the standard to whatever you allow to happen.”