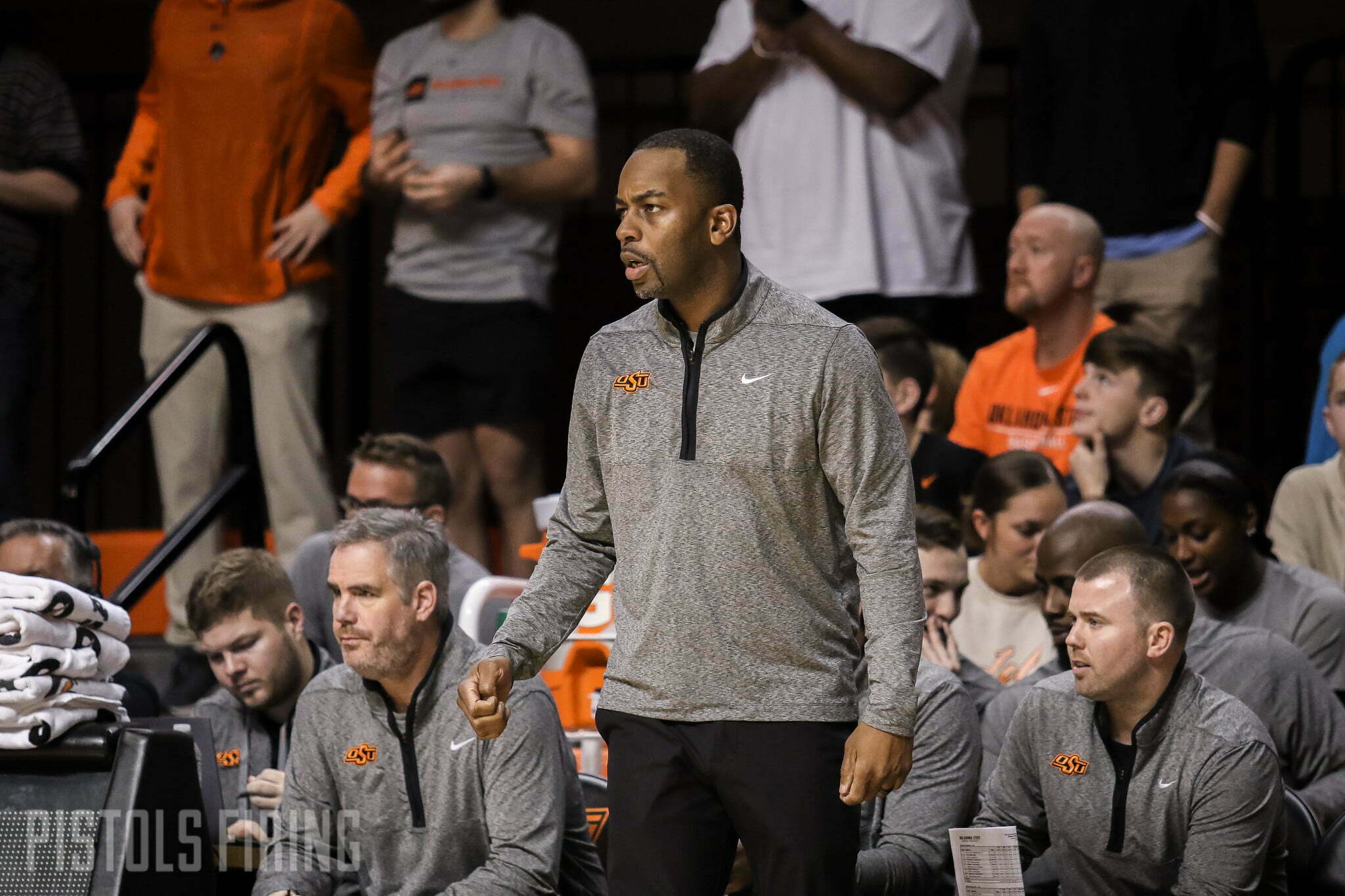 Entering the weekend, every Big 12 team is listed in the top 37 in the KenPom Rankings.

Here is a breakdown of teams per conference in the top 40 of KenPom:

The Big 12 is an mosh pit of good basketball. It’s been that way for a while — the past two national champs have come from the league — but this season it feels especially deep. Entering his team’s game with Texas at 11 a.m. Saturday in Gallagher-Iba Arena, Oklahoma State coach Mike Boynton wants to dispel the idea that 100% of the league can’t make the NCAA Tournament.

“There’s this notion that you can’t have the whole league make it to the Tournament,” Boynton said. “Until someone shows me that there’s a rule against it, then I think we need to stop saying that because people will start believing what they hear in that regard. If the 10 teams in our league are good enough to make it, they should make it. I don’t think there should be some arbitrary reason that they’re all from the same league.

“No one else has to go against the other nine most difficult schedules in the country for the rest of the season. I’ve heard people say that, ‘They can’t get all 10.’ Why not?”

The conference season is still young, and in order for the Big 12 to be in a position to get all 10 teams in the Big Dance, the league table would have to be somewhat compact, but that’s what KenPom projects will happen.

Entering the third round of league games this weekend, KenPom projects Kansas will win the Big 12 with a 13-5 league record. The metric projects Oklahoma and Texas Tech will finish tied at the bottom of the league with 7-11 records, leaving the remaining seven teams to fall somewhere between 11-7 and 8-10.

In the league’s current form (which is set to change next season with the additions of Houston, UCF, Cincinnati and BYU), the Big 12 hasn’t ever gotten more than seven teams in the NCAA Tournament, a feat the league has done five times. In that same time frame, different leagues have gotten as many as nine teams in on four occasions. The most recent example of that came last season when the Big Ten (a 14-team league) got nine in.

Although KenPom might be better for projections, the committee is going to lean on the NET come selection Sunday. Entering the weekend, Oklahoma is the lowest-rated Big 12 team in the NET at No. 61. Everyone else is in the Top 45.

There is still a lot of basketball to be played, but if this league stays as tight as it is, the wonder of whether the entire Big 12 can go dancing is only going to grow.

“I believe [the Big 12 is] better than its ever been, and I’ve said that probably every year that I’ve been here,” Boynton said. “I don’t like to use the word bottom — there is no bottom of this league. Someone sent me a stat this morning — people send me stats all the time — there’s some metric out there that shows the lowest-rated team in our league is like 39th (nationally). That’s absurd. I don’t know how many conferences, other Power Fives, that have more than one team ranked in the top 40, rather than the whole league being there.

“… It’s never happened, but I don’t think we should say it can’t happen or that it’s not possible because you’re supposed to just look outside of the conference affiliation and just say, ‘Who are the best teams available to go in?’ And if the 10th-place team, whoever that is, has a resume that’s worthy over the third-place team in another Power Five, that’s on their conference, no ours.”