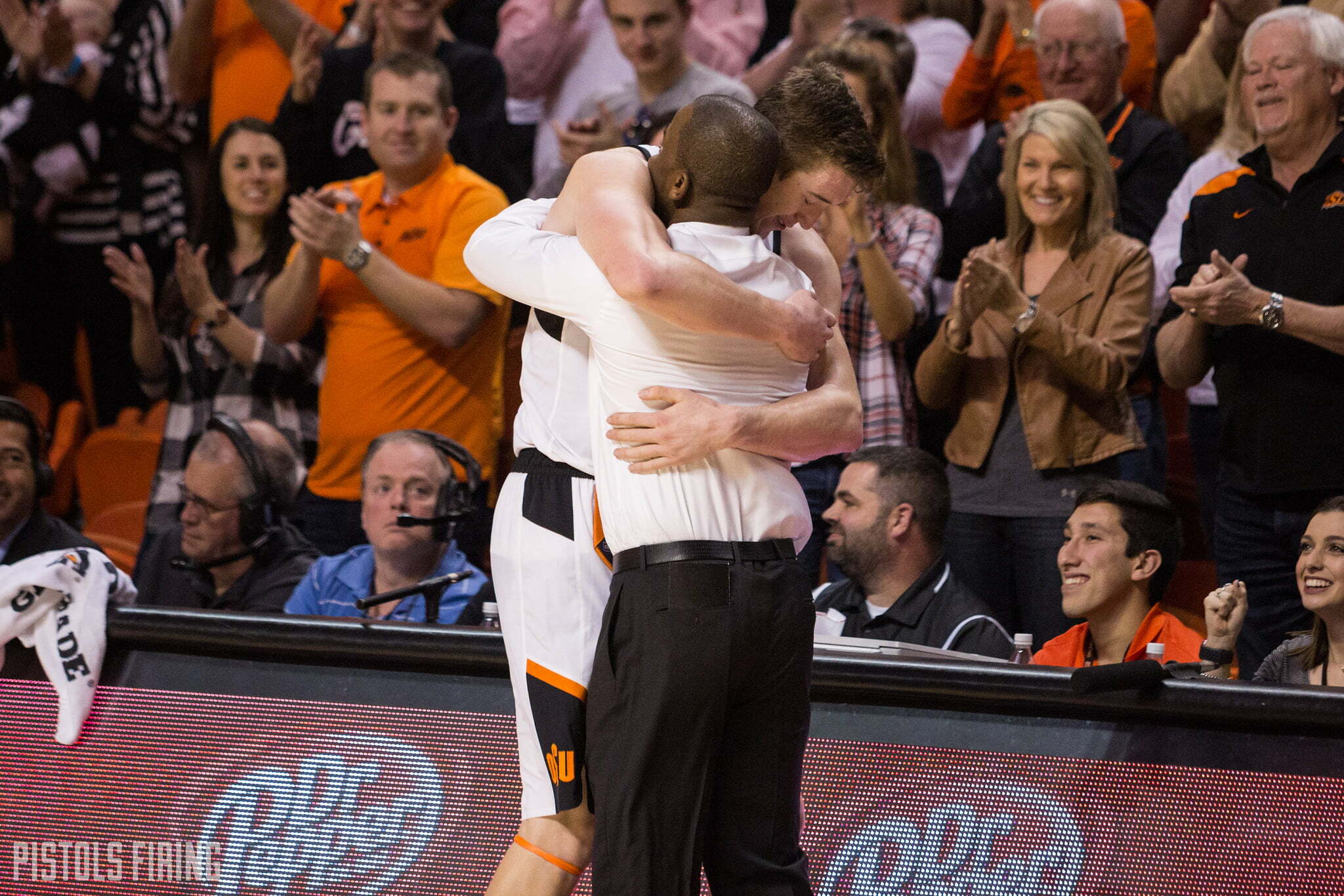 I posted some notes on Mike Boynton’s Saturday press conference after Oklahoma State housed Kansas in GIA, but I think one thing Boynton said about Mitchell Solomon got a little bit buried.

Near the end of a 20-minute session, Boynton went off on Solomon and guys like Solomon not getting more publicity. I don’t know if it comes through in words on a screen, but it was genuinely moving. I posted the video at the bottom. If you hit play, it will start right when Boynton starts talking about Solomon.

“Knowing that I’m coming up on the last few games to coach that kid and what he’s about. It makes it hard. He is what college basketball is about, that kid right there,” began Boynton.

“All the stories that everybody talks about every day, it’s insane that we can’t find a way to give young people hope. Be a good student, treat people right, work hard. It’s not about money, it’s not about investigations … it’s about Mitchell Solomons … this is supposed to be about the Mitchell Solomons of the world.

“But no one wants to tell that story because … we don’t live in that type of society.”

“We don’t live in that type of society, I guess, that wants to celebrate those types of things. But there’s a kid somewhere in Oklahoma that if he heard Mitchell Solomon’s story, may be inspired. And I think we’re missing an opportunity because we refuse for whatever reason to celebrate those things. I don’t understand it.

“But for the life of me, I think we’d be much better off if we told those stories more and we allow people to understand that it’s not about getting as much as you can. It’s about what you put into things. Then today (the Kansas game) happens for Mitchell Solomon because he deserved it.”

Solomon has improved year over year and just strung together a really solid, respectable senior year. A far cry from when he was averaging as many fouls as points as a sophomore.

“He’s not the most vocal person,” added Boynton of Solomon’s leadership. “But it’s hard to argue when you watch that kid work every day. When he tells you to do something, it’s hard to not do it. It’s easier to ignore the guy who says to stay after when he’s the first guy to leave the gym. That’s not him.”

“Our team is a bunch of guys who nobody thinks is any good. (Solomon) may have the least natural ability (of the scholarship guys we have) from a basketball standpoint, and he’s the most important guy in the locker room every single day.”