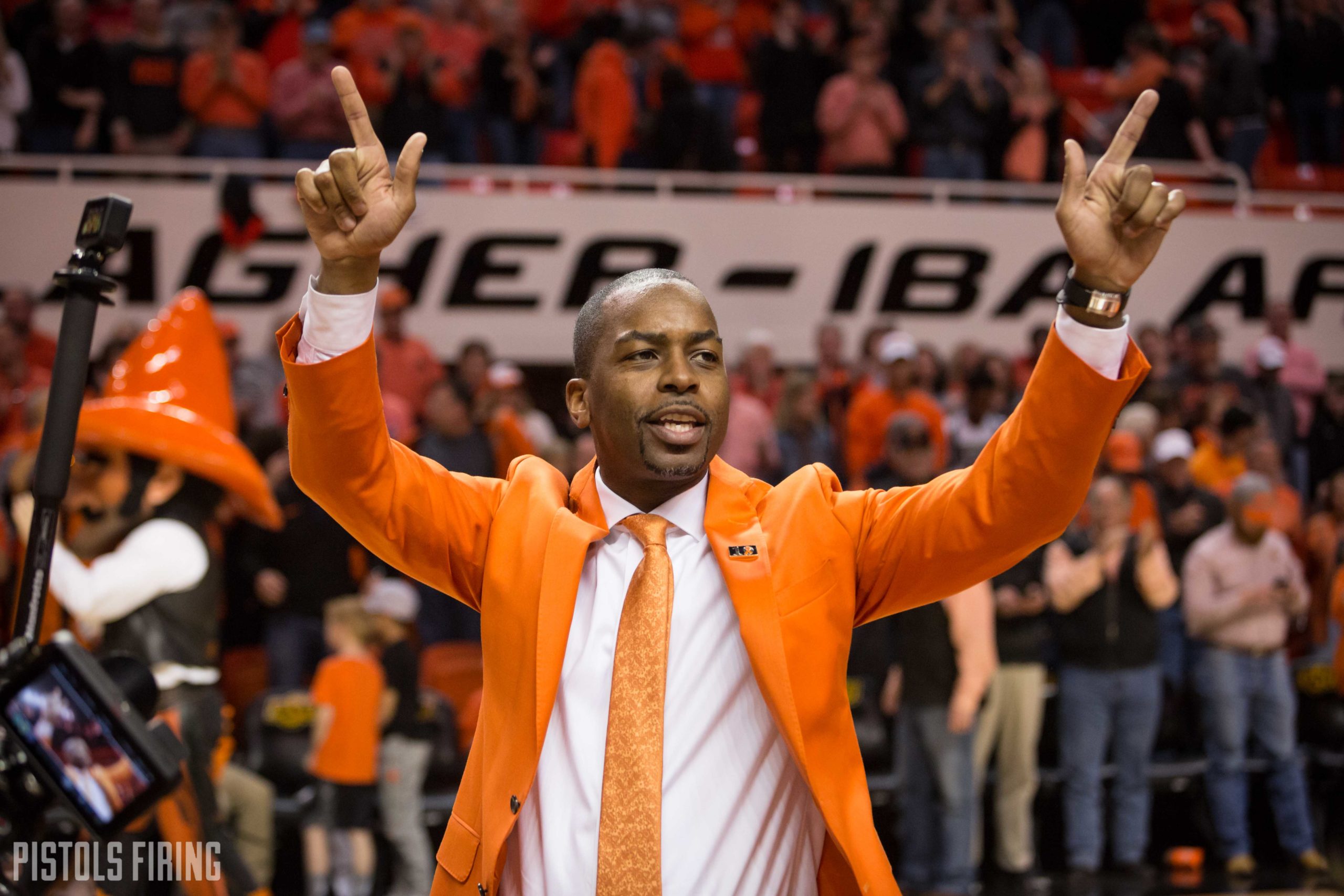 Nearly a month ago to the day, the buzz around Oklahoma State’s program was palpable. Fresh off recent wins over Arkansas, Texas and K-State, the Pokes appeared to be turning a corner, with Bracketologists projecting them as a 7 or 8 seed for the Big Dance.

My what a difference a month can make.

OSU notched its eighth win in its last nine outings on Friday to top second-ranked Baylor and that win has the program at its highest NCAA Tournament projection all season. Here’s a look at where things stand entering Saturday’s Big 12 championship.

Jerry Palm had OSU as a No. 4 seed before Friday but bumped them up two seed lines with the Baylor win. He has OSU as the No. 6 overall team, which suggests that perhaps Saturday’s outcome may not change this projection.

Joey Brackets has OSU as a No. 2 seed entering Saturday and the No. 8 overall team. That puts the Pokes — barely — on the 2 line. Here’s what he had to say about how that could shift:

“Oklahoma State is now a No. 2 seed after knocking off Baylor to reach the Big 12 title game; Cade Cunningham and Co. may need to win that championship to hold off displaced Houston.”

Bracketville is the No. 1 most accurate bracket projection according to The Bracket Project, which tracks such things. They have OSU as a No. 2 seed as well, falling in line with the consensus among experts right now.