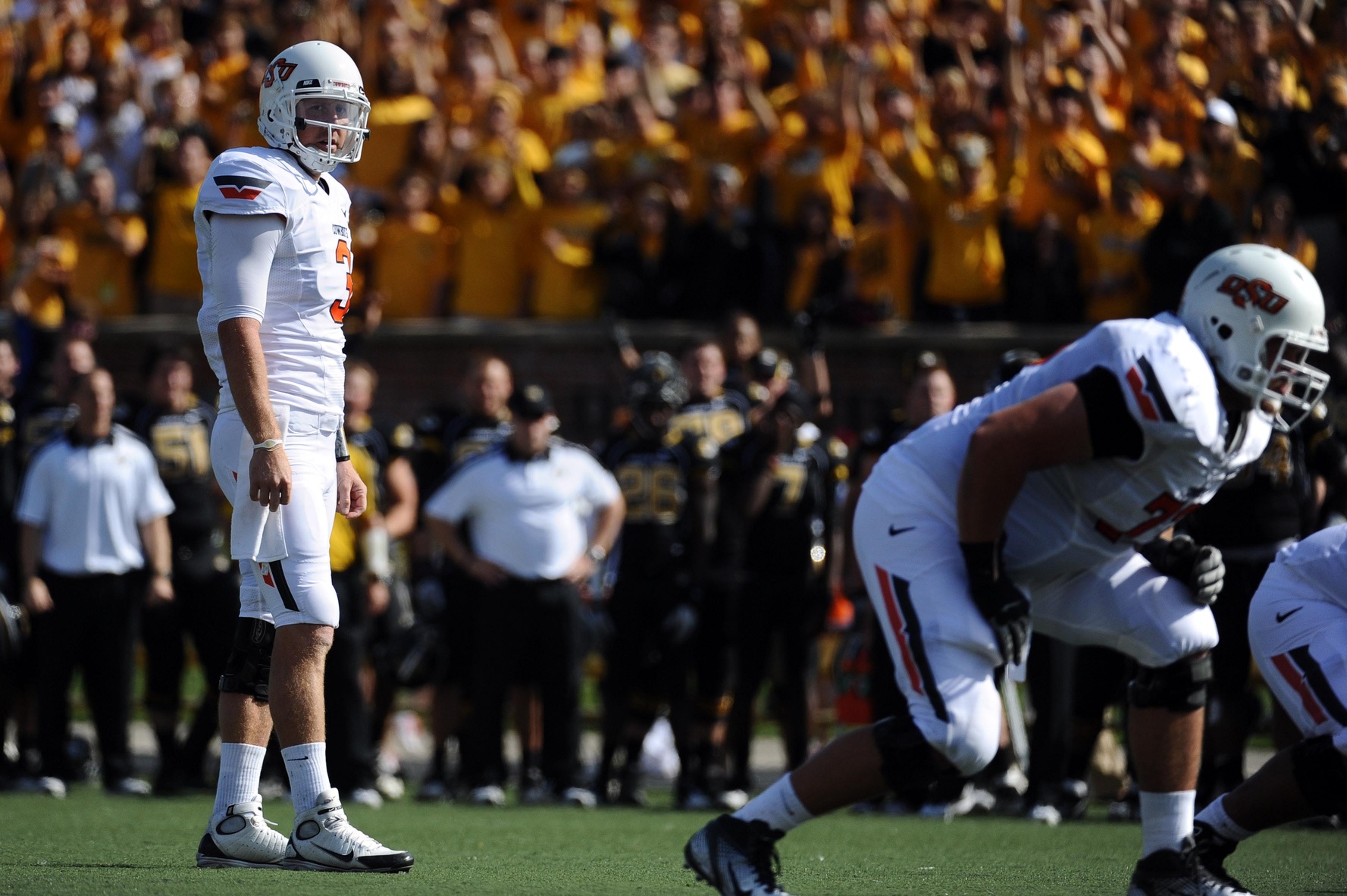 I finished off ranking all 23 uniforms OSU has worn over the last two years last week (you can see the full list here) but I thought I should check in with somebody more adept at picking unis than me. Somebody who, say, actually helped put together 13 of the combinations.

So I emailed Brandon Weeden to see how he would rank his favorite uniforms.

Understandably, he only picked unis from his season (though some were worn in both 2011 and 2012).

Here are his top three (and a bonus):

1. My favorite from my senior year was White-White-White against Missouri[1. Also worn in Bedlam 2012.]
2. Then my other two faves were Black-Orange-Black from Bedlam…[1. Also worn against Texas in 2012.]
3. …and Black-White-Black from Texas
4. Close 4th was Gray-Black-Gray against K State.

I had the Gray-Black-Gray combo ranked No. 15.

Oh, and the Browns open this Sunday against the Dolphins at home.