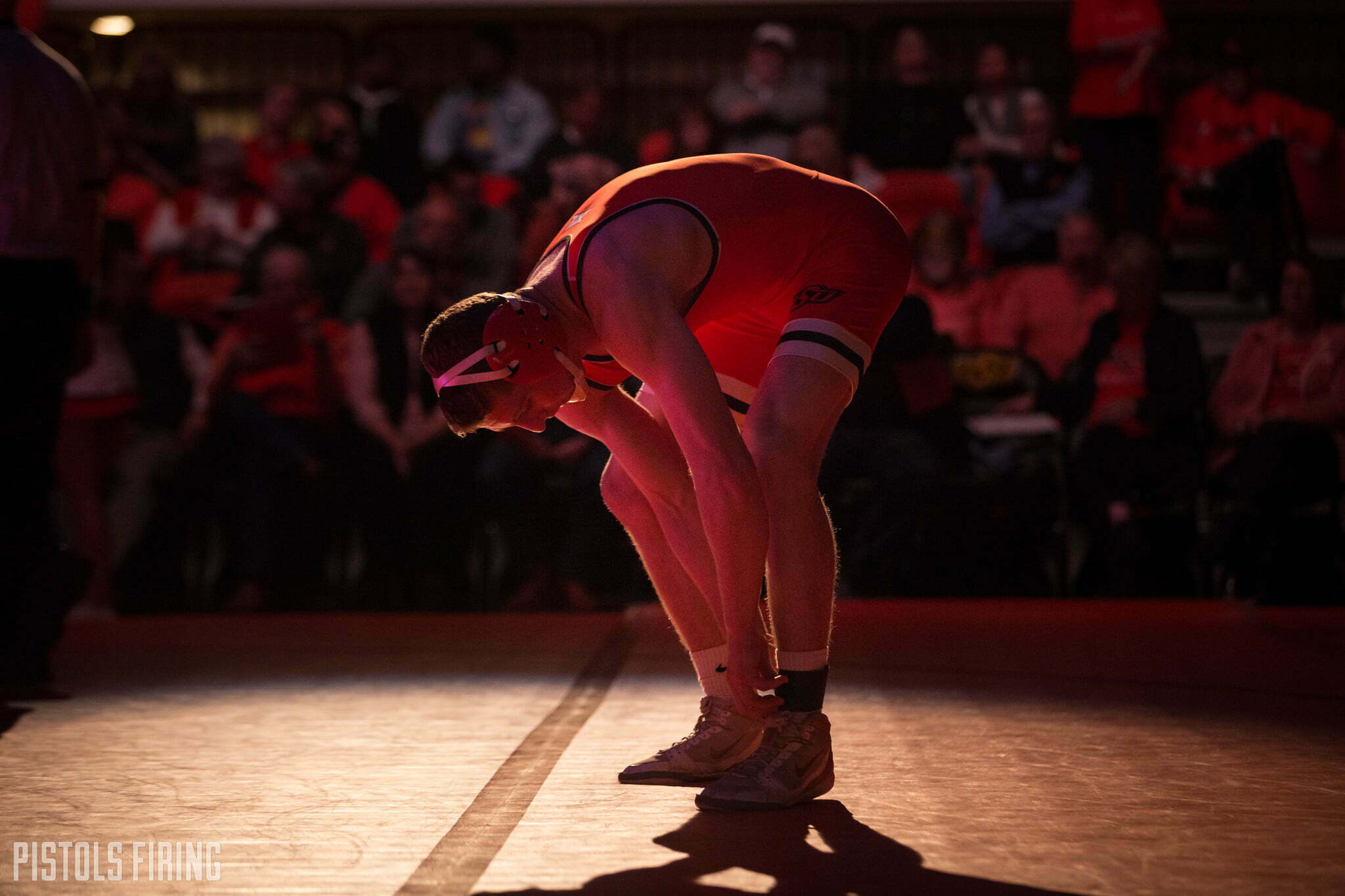 Collegiate wrestling is a unique animal in that it produces professional athletes in a few different fields. Naturally, Olympians or Senior level wrestlers is the main arena and more recently MMA has been an outlet dominated by wrestling and notably by a number of former Cowboys.

Something I haven’t really written much on, but felt was worth discussing with Wrestlemania coming up this weekend, is OSU’s legacy in professional wrestling. Here’s a brief synopsis of a few former Cowboys’ careers in pro wrestling.

Before Chuba Hubbard, Earl McCready was the first “Canadian Cowboy” to make his way to Stillwater. He went undefeated in his college career from 1928-1930 and was the first three-time NCAA champ, and he also played football for Oklahoma A&M at the time. He wrestled for the Canadian Olympic team in 1928 and went on to a professional wrestling career.

According to the Pro Wrestling Hall of Fame, he was a “top-notch competitor” during his career that spanned the next three decades before he retired in 1958.  He competed mainly in Canada, New Zealand, and Australia, and worked for Stu Hart’s Stampede Promotion during the time.

McGuirk’s time at OSU and start of his professional wrestling career was right around the same time as McCready. McGuirk was a two-time All American at OSU and NCAA champ in 1931. Immediately following college he went into professional wrestling in the Tulsa area. He became the NWA junior heavyweight champ and was a successful promoter in the region for years following his time as a wrestler.

Hutton was a three-time NCAA champion at OSU in the 1940’s, and was nearly wrestling’s first four-time NCAA champion, losing a controversial decision his junior year to fellow future pro wrestler Verne Gagne. After the Olympics in 1948 Hutton went into professional wrestling.

According to the Wrestling Hall of Fame, Ed “Strangler” Lewis served as his mentor in his early career. He took the NWA world heavyweight championship from Lou Thesz in Toronto in 1957 and ruled the heavyweight ranks for almost two years.

Sometimes the truth is stranger than fiction, and in professional wrestling you really wouldn’t expect that to be the case.

Adnan Kaissie has to have one of the most unique stories of any athlete to ever compete at Oklahoma State. This WSJ article breaks down his incredible story in depth. Born in Baghdad in 1939,  Al-Kaissie was a childhood classmate of Saddam Hussein. He came to the United States for college and wrestled at Oklahoma State, then went into professional wrestling. He went back to Iraq for a bit and essentially built professional wrestling in the country. After fearing for his life he returned to the United States, had a run in the AWA and went on to the WWF where he became “General Adnan” and teamed with SGT Slaughter and COL Mustafa in a notable feud with Hulk Hogan.

Looking specifically at titles and other accolades in pro wrestling, Brisco would probably be considered the greatest professional wrestler to come out of Oklahoma State University. Jack was an NCAA champion in 1965 at 191 pounds.

Here’s his bio according to WWE.Com.

He found success almost immediately, winning the NWA Missouri Junior Heavyweight Championship twice that year. That was only the beginning for Brisco, however; he soon went on to compete in Championship Wrestling from Florida, where he would reach his greatest heights.

Brisco quickly won several NWA Florida regional championships, and after a brief stint in Japan, he returned in the early 1970s with younger brother Gerald — whom he had himself trained — in tow. Together, The Brisco Brothers won numerous regional tag team titles in the southeast and Puerto Rico, including more than a dozen reigns as NWA Florida or United States Tag Team Champions.

On July 20, 1973, Brisco scored the biggest win of his career by defeating Harley Race to win the NWA World Heavyweight Championship. He held the gold for more than a year before falling to Giant Baba in Japan in December 1974; however, he regained the gold a week later and held it for another year, finally losing it to Terry Funk in December 1975. This match was one of many in a lengthy rivalry between both Brisco brothers and Terry & Dory Funk, a brutal and bitter war that raged on for nearly a decade in several territories.

Following his reigns as NWA World Champion, Jack once again began teaming with brother Gerald. The two were once again dominant in Florida and Georgia, racking up multiple tag team championships. Finally, in June 1983, The Briscos won the NWA World Tag Team Championship from Ricky Steamboat & Jay Youngblood. They would hold those titles on three occasions over the next year before Jack’s retirement.

Gerald shared many of the tag team accolades mentioned above with his brother Jack, but probably the most talked about parts of his Hall of Fame career happened behind the scenes and after his prime.

He and his brother played a massive role in helping pave the way for the WWE to become the monster production that it currently is. Most talked about is their discovery of Terry Bollea. In the late 1970’s they met Bollea, and set him up with a trainer and the rest is history. Bollea is now a household name as Hulk Hogan. He’s also credited with the discovery of Brock Lesnar, John Layfield, and a number of other WWE Superstars

The Brisco brothers also owned the majority share of Georgia Championship Wrestling and in the 1980’s sold it to Vince McMahon. This was crucial for McMahon and the WWE as it gave them a TV time slot and helped skyrocket the WWE into what it became in the late 80’s and early 90’s.

Brisco stayed on with McMahon in the WWE working largely behind the scenes, but also had a stint as Vince McMahon’s “stooge” during the 1990’s attitude era of professional wrestling.

Gerald is now semi-retired, but continues to work as a scout of amateur wrestlers for the WWE.

Don “the Predator” Frye is most well known for his professional fighting career. The former Cowboy was a champion of some of the early UFC tournaments and is a UFC Hall of Famer. From 1997-2002 Frye had a stint with New Japan Pro Wrestling.

Mo is the only former Cowboy that is still in action as a professional wrestler. Like Frye, King Mo is most well known for his MMA career in Strikeforce and Bellator. During his days with Bellator he also had a short period where he fought MMA and wrestled professionally with TNA.

After retiring from MMA a few months ago, Mo signed with Major League Wrestling. He has competed in a few matches and was actually the Main Event for their last production before things were shut down due to the Corona Virus.

That match starts here at around thirty nine minutes into the video.