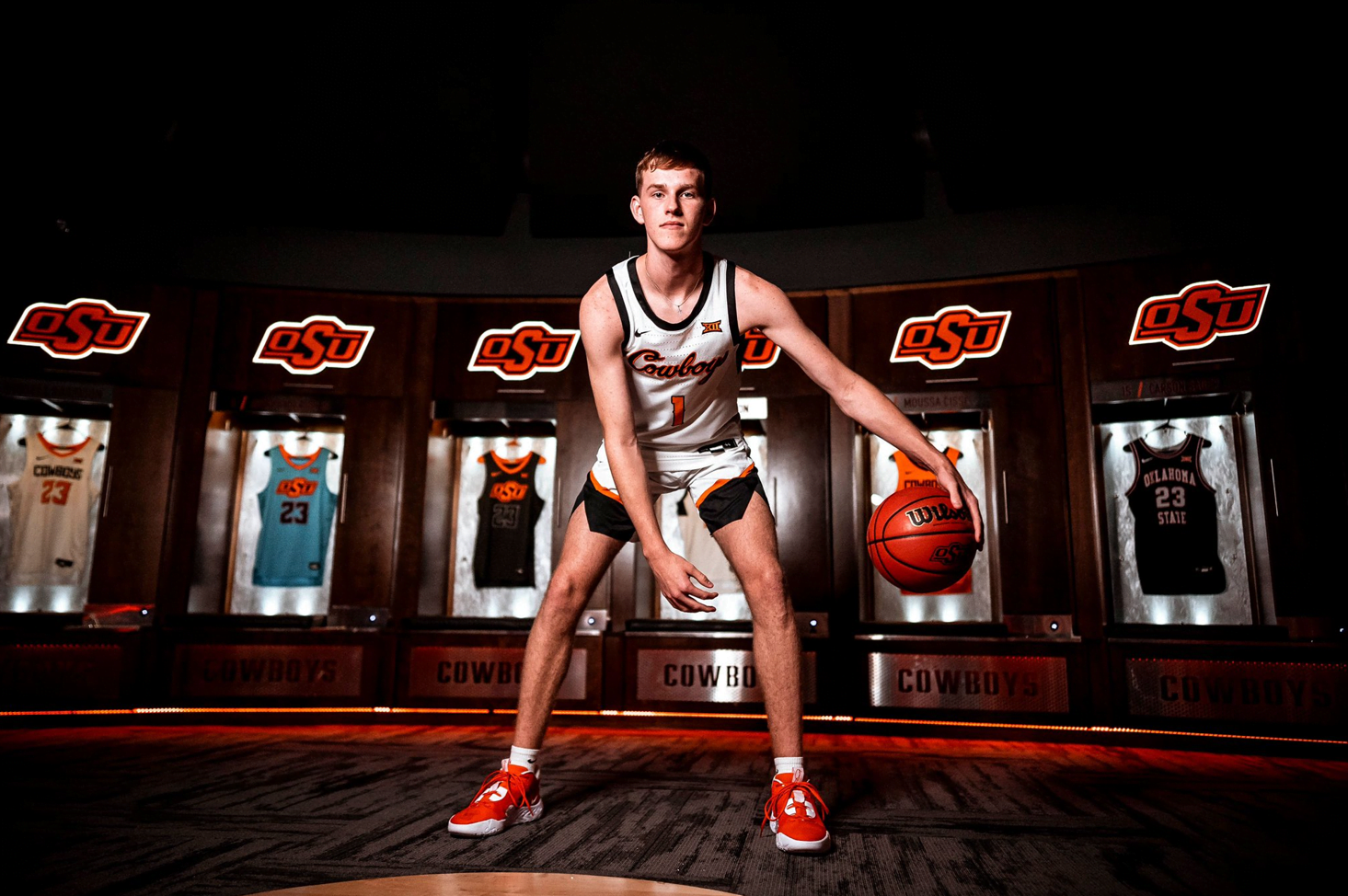 Oklahoma State ranked worst in 3-point shooting in the Big 12 last season, but the Cowboys’ staff made a move Saturday to shore that area up for the future.

Broken Arrow’s Connor Dow, a 6-foot-5 wing in the 2023 class, committed to Oklahoma State. Dow is coming off a summer where he shot 44% from 3-point range on the EYBL circuit with Team Griffin. He is a three-star prospect, according to 247Sports, picking OSU over offers from Oral Roberts, Toledo, South Dakota State and others.

“I really felt a connection with the coaching staff, Coach (Mike) Boynton, Coach (Keiton) Page, everyone,” Dow told PFB. “They have a role that I feel like I could really fit into, and that’s where I feel like my skill set could be utilized.”

With Team Griffin, the same AAU program fellow-OSU commit Brandon Garrison played for this summer, Dow averaged 6.6 points, 2.1 rebounds and 1.3 assists in about 18 minutes a game on the EYBL circuit. He finished the circuit 38-for-87 from 3. He shot 47% from the field overall.

Dow visited Oklahoma State at the end of August, but he hadn’t announced an OSU offer. He took another less publicized visit on Tuesday where Mike Boynton extended an offer and Dow committed.

He is the No. 3 prospect in Oklahoma, according to 247Sports, behind Garrison and former Oklahoma State commit Parker Friedrichsen (the state has seen a few high school standouts transfer over the summer). Dow isn’t ranked on Rivals or ESPN, but On3 also lists him as a three-star prospect.

Dow becomes the third commitment in the Cowboys’ 2022 class, joining Garrison and Texas point guard Jamyron Keller. Because Dow doesn’t have rankings on ESPN or Rivals, his commitment doesn’t move OSU in the composite team rankings. OSU’s class ranks 18th nationally and fourth in the Big 12.

This could end up being a bigger class for Boynton and Co. OSU has seven players on its roster listed as seniors, redshirt seniors or graduate students. Because of the pandemic waiver, though, some of those seven could return to OSU for an extra season.