Aaron Schnautz did an amazing job here recapping the history of Bedlam. You should read it if you haven’t yet. (PFB)

Here are all the photos. (Friday | Saturday | Sunday) 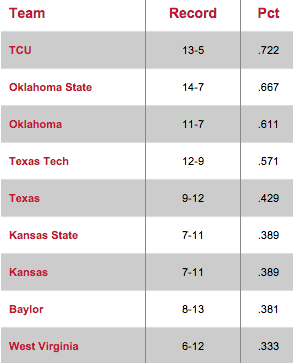 Dana O’Neil on what next season holds for OSU hoops. This won’t be an easy year for Oklahoma State and logically that ought to buy Ford a little more time. But expectations and logic don’t always go hand in hand. (ESPN)

So…a ref might have started the clock early in the Spurs-Clips game on purpose? (Big Lead)

Steph and KD together would be incredibly bad for the Thunder, but also just…incredible. (Yahoo)

Sad (but good) story on Devin Davis and his heartbreaking injury. (NewsOK)

Josh Furman was drafted by the Broncos. Here’s a Q&A. (NewsOK)

I’m also a big fan of James Castleman to the Packers. (NewsOK)

Here are all the Big 12 players that were drafted. (Big 12 Sports)

Burns Hargis with a middle finger (for him) to Sports Illustrated. (Scout)

Did Mason Rudolph go to the Kentucky Derby this weekend?

Exclamation point on a great year. Blessed to be a Cowboy

Jordan Spieth is great but Rory McIlroy has a chance to be one of the greatest ever. I loved this from Shane Ryan on his 10th PGA Tour win. (Golf Digest)’

We smoked Jamaica in the 4×400 over the weekend? Watch Justin Gatlin here. (Deadspin)

Floyw Mayweather is a coward. (Deadspin)

Rickie Fowler threw out the first pitch at the Giants game over the weekend. (CBS)

I watched both, and this was far more thrilling than the fight.

How to be a Google power user. (Saddington)