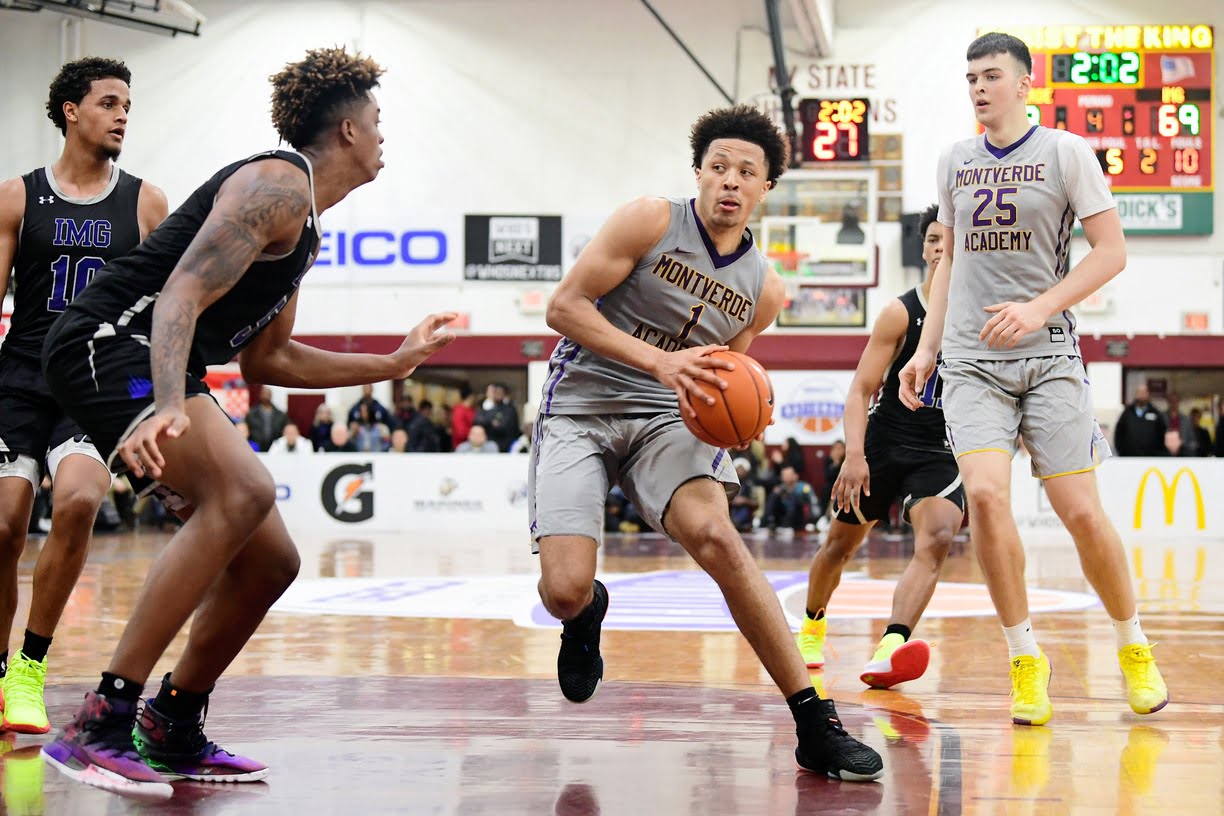 At the end of May, Cade Cunningham put out a list of 10 schools that he was still considering.

Oklahoma State, Duke, Kansas, North Carolina, Kentucky, Virginia, Florida, Texas, Memphis and Washington all had a shot at the 6-foot-7 point guard, but after OSU hired his brother, Cannen, some of those schools have effectively conceded the race, Cade said on Jeff Goodman’s Good N’ Plenty podcast.

“Some coaches started to slow down a little bit and really started pursuing other players,” Cunningham told Goodman. “My brother got hired, I see what they’re thinking, but I wouldn’t assume if I was a coach, though. If anybody asked me, I would tell them that my recruitment is still open, and whenever I’m ready to decide a school, I’ll commit to it. I’ve been saying that for a long time now.

“They slowed down, but I’m not really worried. I’m not gonna ask anybody to recruit me. I’m just happy to be in the position I’m at right now. … If somebody stops recruiting me, they’re cutting my list down for me, so it makes it easier for me.”

Cunningham will play in Las Vegas on Tuesday, and he said after that he plans to sit down with his family and cut his list of schools down. He said there isn’t a particular number in mind, just that he plans on eliminating schools he is no longer considering.

Cunningham said he knew about the possibility of Cannen getting hired at OSU for a while, but Cade reiterated that his brother taking the job in Stillwater doesn’t necessarily mean he’ll follow.

“For my recruitment and everything, they talk about it’ll be a bad hire if he doesn’t get me and everything,” Cunningham said. “But whenever they hired my brother, they told him, and my brother told them, that they’re not hiring him for me. They’re hiring him for himself, for Cannen. For me, hearing that and knowing it’s still my decision, I’m free to do what I want. My brother still wants what’s best for me, and he wants me to decide where I go to school and nobody else. I’m all good. I’m comfortable in this situation.

“My brother wants me to decide. He’s not pressuring me to do anything. Obviously, he wants me to go to Oklahoma State with him, but if I told him otherwise, he’s still my brother. He’s still gonna love me and support me no matter what.”