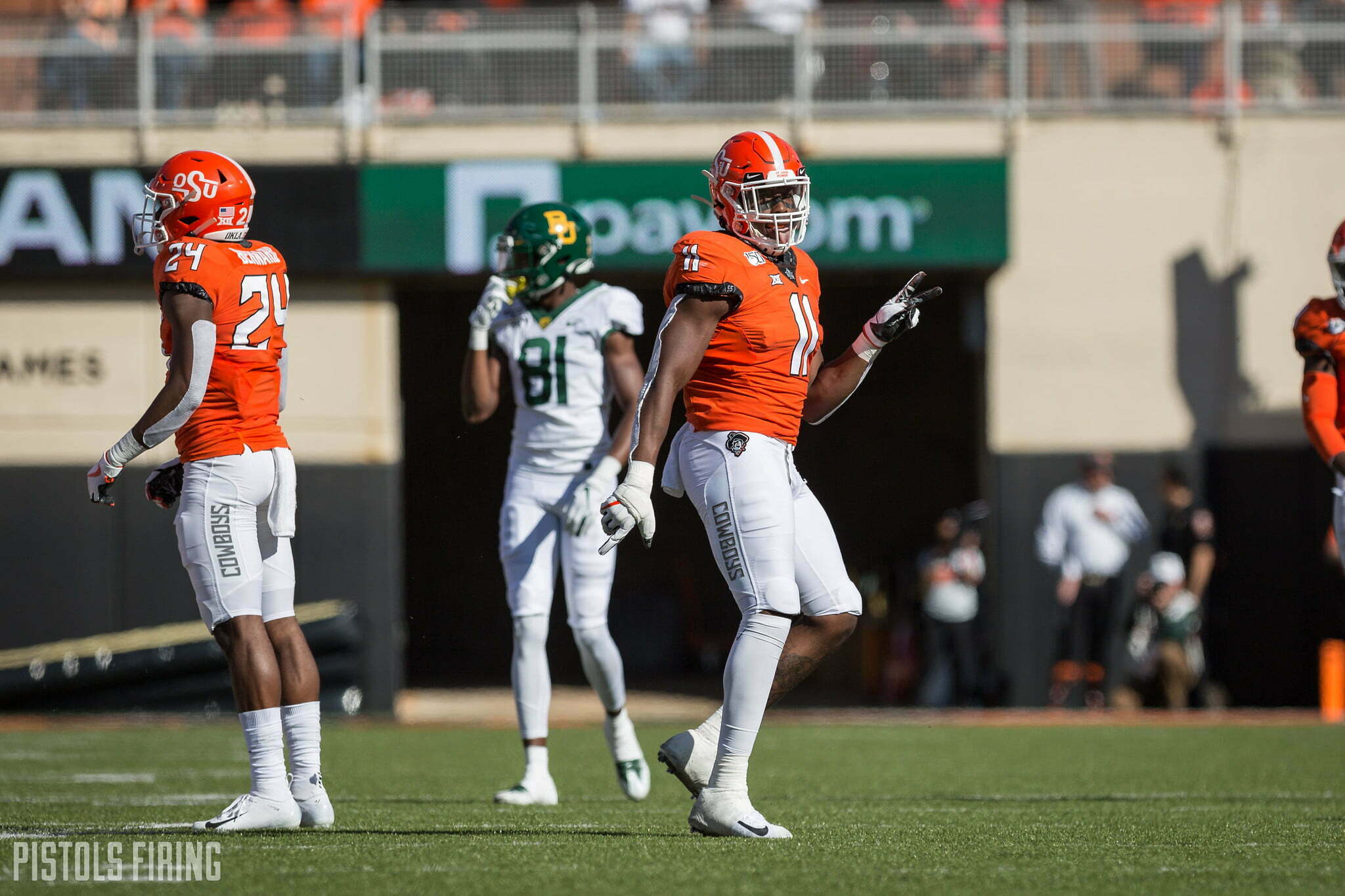 Chuba Hubbard and Amen Ogbongbemiga could be teammates again — some day.

The Calgary Stampeders took the former Oklahoma State pair in the CFL Draft on Wednesday night, with Ogbongbemiga going eighth overall and Hubbard being taken in the fifth round.

It’s unlikely that either guy will head back to Canada anytime soon. The Carolina Panthers took Hubbard in the fourth round of the NFL Draft, and Ogbongbemiga signed an undrafted free agent deal with the Los Angeles Chargers. However, if either guy were to fall out of the NFL, the Stampeders would have their rights in the CFL.

Ogbongbemiga and Hubbard came to OSU from Canada and the province of Alberta, where Calgary is. Ogbongbemiga actually played his high school ball in Calgary at Notre Dame.

Hubbard grew up closer to Edmonton in Sherwood Park.

Hubbard tweeted out after his selection that it has always been a dream of his to play in the CFL but that he’ll be wearing Carolina blue for a while.

OSU has a good track record with the CFL. Adarius Bowman spent 12 seasons in the league where he amassed 652 catches for 9,491 yards and 49 touchdowns.

A few seasons back former OSU offensive lineman Shane Richards was the No. 1 pick in the CFL Draft, and former OSU quarterback Taylor Cornelius recently signed with the CFL team in Edmonton.