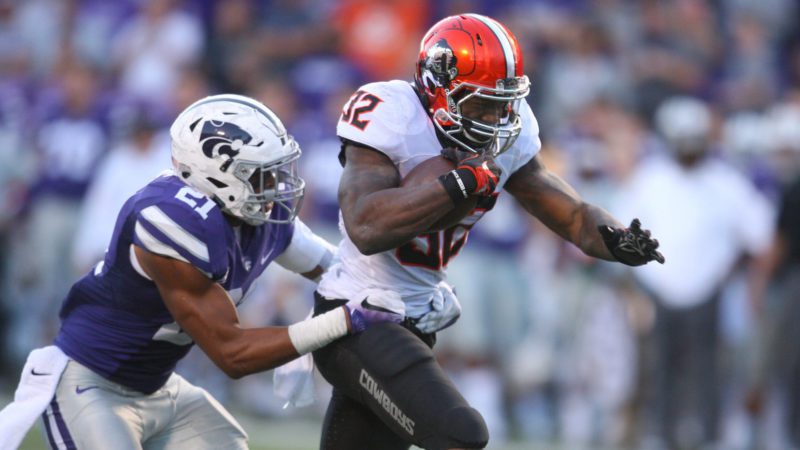 Chris Carson became the second and final Oklahoma State player drafted in the 2017 NFL draft on Saturday. The Seattle Seahawks took the former junior college transfer with their last pick of the day, the 249th overall selection.

The Seahawks ranked 25th in rushing yards in 2016 and lost in the NFC divisional round to the eventual NFC champion Atlanta Falcons.

Carson had an up and down career at Oklahoma State. After struggling with injuries and having to adjust to the Division I level in his junior season, accumulating just 517 yards on 3.9 yards per carry, Carson ended his career on a high note. He bounced back with 559 yards rushing, 6.82 yards per carry, and nine touchdowns in 2016 despite missing four games early in the year due to a hand injury.

Carson was projected as high as a 5th round pick in some mock drafts and undrafted in others. His physical tools alone—as displayed at the NFL Draft Combine—were undoubtedly a huge selling point. He tested off the charts and, for a team picking in the seventh round, upside and potential is as important as production. Carson has a little of both.

Competing for reps in Seattle will be no small task. The Seahawks own a deep running back group headlined by offseason acquisition Eddie Lacy and incumbent starter Thomas Rawls. Alex Collins and C.J. Prosise will also vye for playing time with Carson, who was the only running back taken by Seattle in the NFL draft.