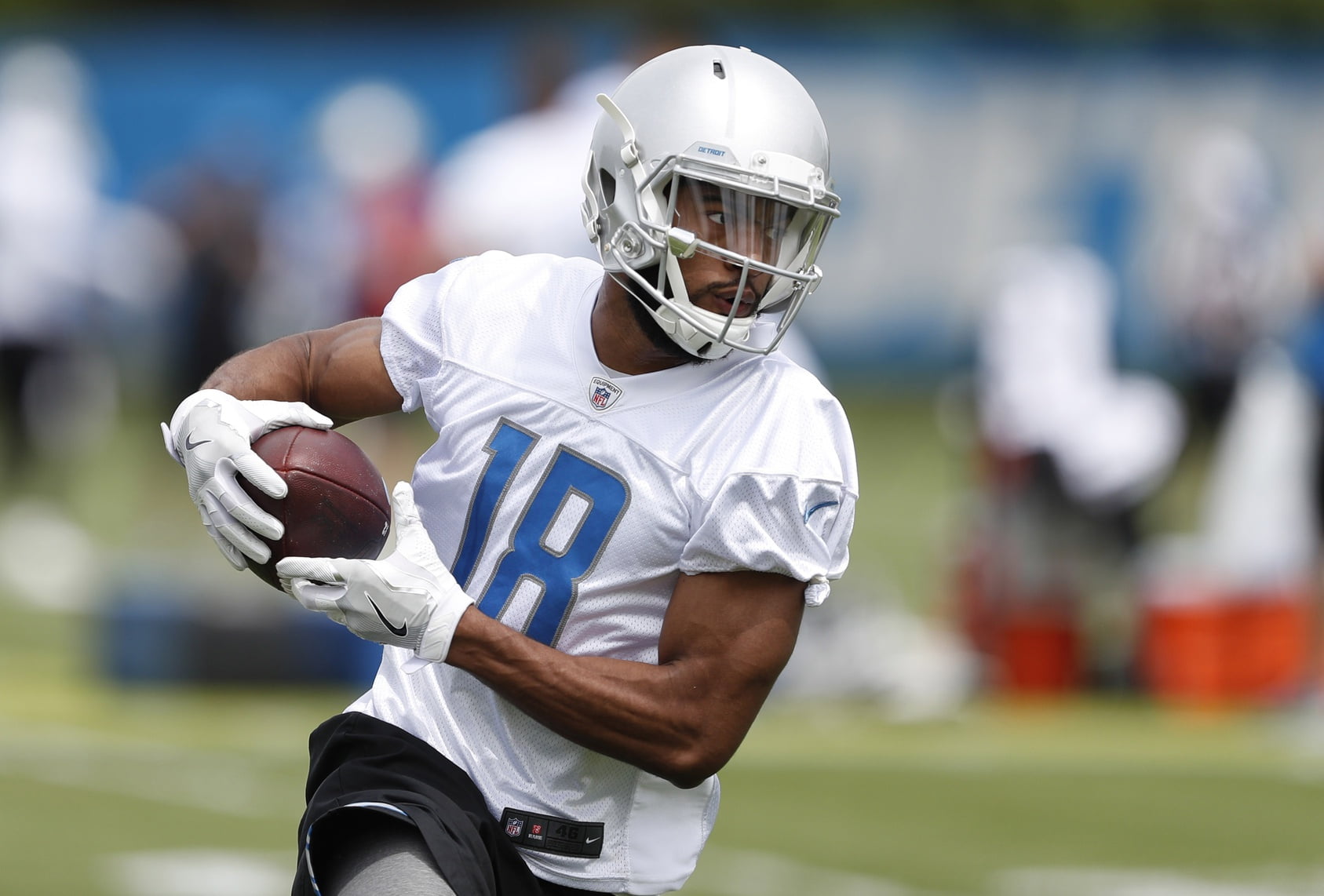 Chris Lacy was never the No. 1 receiver for Oklahoma State. Actually, he was never even in the top 3.

His career season came in 2016 when, in lieu of an injured Marcell Ateman, he came in fourth in targets (50), yards (489) and scores (three) behind the likes of James Washington, Jalen McCleskey and Jhajuan Seales.

But now eyeing his second training camp with the Detroit Lions, he’s put himself in the mix to have a big impact in the Motor City.

After producing several head-turning moments this spring and summer, Lacy has been tabbed by Michael Rothstein, who covers the Lions for EPSN, as Detroit’s “surprise offseason standout.”

The Lions have a hole at wide receiver — or at least had a bigger one before signing Jermaine Kearse last week — and Lacy seemed to make plays almost every practice during the open spring workouts. It might be a tough way to a roster spot for the second-year pro out of Oklahoma State, but he has a size/speed component that most of Detroit’s receivers don’t. He beat the Lions’ secondary multiple times on deep passes. Detroit knows its starting receiver group — Marvin Jones, Kenny Golladay and Danny Amendola — but Lacy could end up finding his way onto the roster as a depth receiver. — Michael Rothstein [ESPN]

Lacy originally signed with the New England Patriots post-draft last spring. After being waived he signed with Detroit and showed some nice things in the offseason and even scored a touchdown during a preseason game. Lacy was relegated to the practice squad for most of his rookie season, but he was promoted to the active roster for the Lions’ season finale, earning one tackle on special teams.

But a Lions receiving corps that was crowded at this time last year has seen moderate turnover and even more injury. With Lacy’s measurables and leadership, he’s put himself in position to stake a claim for targets in 2019. And if he’s in any way superstitious, a switch back to a familiar number can’t hurt either.

Back in that OneFive ? pic.twitter.com/aTYRleDIyA