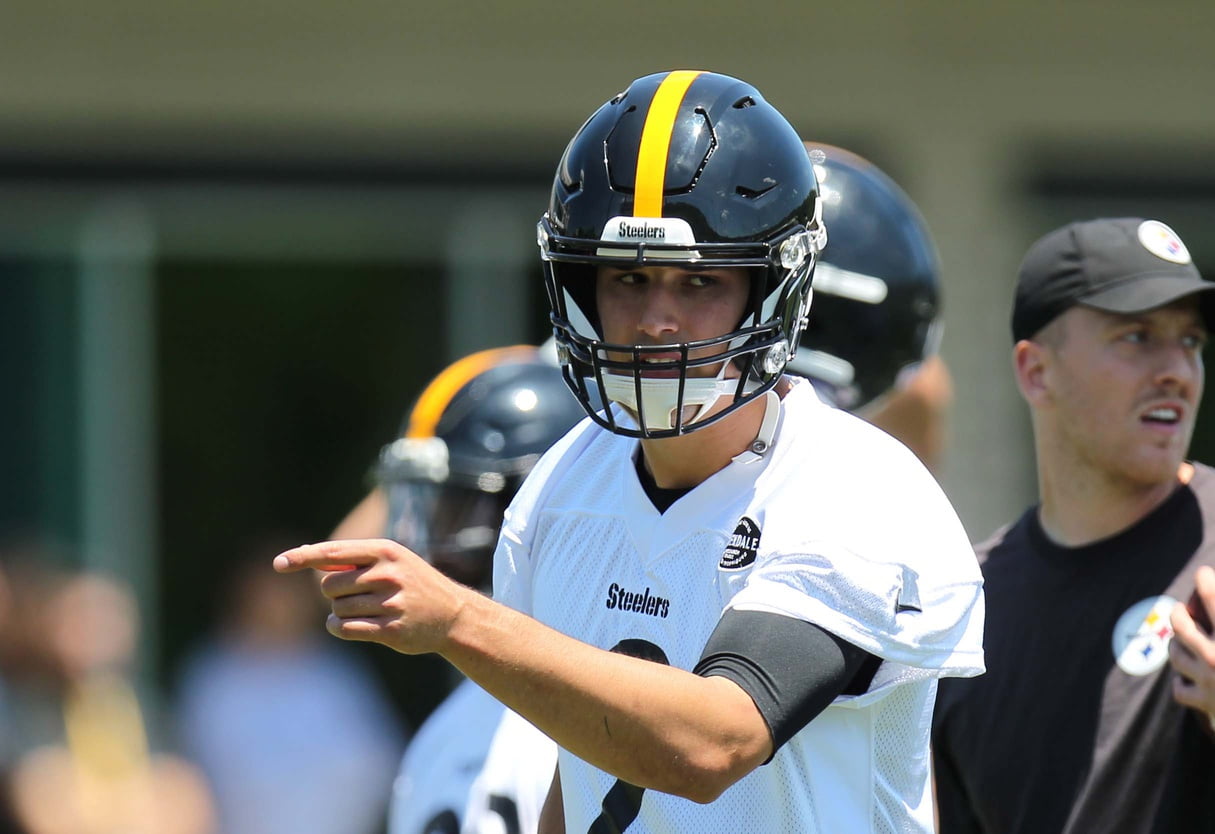 We are one step closer to actual football. Organized team activities (OTAs) are now in the rear view with NFL teams moving on to mandatory minicamps this week before a six-week summer break.

So before we step into the dog days, let’s update you on several storylines involving Pokes in the Pros.

The No. 1 passer in OSU history has his eyes on the No. 2 spot in Pittsburgh. Rudolph is looking to use his year-plus of experience in the Steelers offense to leapfrog third-year QB Josh Dobbs as Ben Roethilsberger’s backup.

According to reports coming out of OTAs and now minicamp, he’s improved a lot from a year ago.

Spring practice in shorts is always a good time to exhibit caution and not get too consumed with how a player looks on the field. Coaches try to adhere to the same approach. But there is no mistaking the feeling and buzz around the team about Rudolph, who has looked sharper than a Ginsu knife during OTAs.

He comes to minicamp with a quicker, tighter motion, thanks to throwing workouts with former baseball pitcher Tom House. And his footwork is more precise, staccato-like, the result of additional offseason preparation. Everyone who matters has noticed. [Pittsburgh Post-Gazette]

Vincent Taylor on Coming Back from Injury, New Scheme in Miami

Vincent Taylor is looking to build off an impressive sophomore season that was cut short by a foot injury. At the time he went down, Pro Football Focus rated Taylor as the Dolphins’ No. 2-rated defensive player and the 19th-highest rated interior defensive linemen in the NFL.

Last week during the Dolphins’ OTAs, Taylor affirmed that he is healthy and is just working to get back into the swing of things.

“For sure, but injuries that’s what comes with the game,” Taylor told MiamiDolphins.com “I’m looking past that and just trying to focus on this year. My feet are feeling good, just trying to get back in the rhythm of everything.”

“I’m learning every day, just like everybody else,” Taylor said. “The coaches, they’re going to put us in a position to be successful. We’re still getting a glimpse of it. We’re trying to get everything down pat. It’s new, but I’m learning as we go. It’s just up to me to come out here every day and just try to learn and give it my all.”

And reports from the first day of Miami’s minicamp are favorable for the former OSU sack leader.

Defensive tackle Vincent Taylor has looked good in his return from October’s season-ending foot injury. Look for the Dolphins to use him as a 3-4 defensive end at times. [Miami Herald]

Jarwin to Face Plenty of Competition for Targets in 2019

When Jason Witten, the Dallas Cowboys’ all-time leading receiver, announced that he would end his retirement after one year and return to the team, it was unclear just how much of a workload he was willing to resume.

In his absence, Blake Jarwin was able to step out from a pack of young and inexperienced Dallas tight ends down the stretch, and led the Cowboys in targets, catches and scores from the position.

Would Witten be willing to take a lesser role? Perhaps this is just an opportunity to transition to into the coaching ranks. Not so fast according to a recent interview.

“Those coaches work long hours; they’re smart,” Witten said a week before getting all the first-team reps in the only offseason practice reporters saw in which he participated. “I think that I can’t worry about how that plays out. My job is to kind of make it tough on them. We all benefit if that’s the case.” [Associated Press]

Witten doesn’t appear to be ready to take a back seat to anyone, but that doesn’t seem to worry Jarwin.

Former Cowboy wideout Chris Lacy is getting his second chance to make the roster in Detroit. After going undrafted in 2018 and having a cup of coffee with the Patriots, Lacy signed with the Lions and made some noise in the preseason before ultimately being relegated to the practice squad.

But he’s back on the practice field this spring and summer and has been turning heads.

Chris Lacy might have had the play of the day. He caught a deep pass from Matthew Stafford over a falling Rashaan Melvin in 7-on-7 and would have scored if it were a real play. Lacy is going to be a player to watch come training camp for a depth… https://t.co/8MkdDA3u0m

Receiver Chris Lacy, running with the ones because of injuries to Kenny Golladay and Marvin Jones, was especially good. He caught a deep pass from Matthew Stafford over Rashaan Melvin during 7-on-7s that would have certainly scored in a live situation. Later, he beat Teez Tabor deep. And Tabor, remember, has been having a really good offseason. I can’t remember him getting beat like this by anybody else. Lacy is going to be an intriguing name to watch in that battle for a reserve job behind Golladay, Jones and Danny Amendola. [MLive]

There was a three-way tie for most missed tackles forced on the ground a season ago – between Derrick Henry, Chris Carson & Adrian Peterson. pic.twitter.com/ztBjMZudhq

Carson spent his third round of OTAs as a spectator as he heals up from an offseason knee surgery, but appears will be ready to go by the time training camp rolls around next month. If he can stay healthy, there’s no reason he can’t build on an impressive second season in which he finished fifth in the NFL with 1,151 rushing yards.

DQ Out in Montreal

(Our CFL news is nothing if not up-to-the-minute.)

The former All-Big 12 D-tackle had brief stops in camps with both the Cowboys and Broncos before ultimately trying his hand north of the border. Unfortunately, Osborne was cut last month.

A couple of days ago I wrote about rookie defensive lineman DeQuinton Osborne being a potential starter at defensive tackle for #Alouettes. He was cut today. Als REALLY liked his upside but I’m told he came to camp WAY out of shape. Did not look good in rookie camp. Too bad.

It looks like the former Cowboy QB will be trying to showcase his arm talent for potential opportunity in the XFL.

Here’s the list of players working towards an @xfl2020 opportunity today. #XFLShowcase pic.twitter.com/XMFNfxTVdu