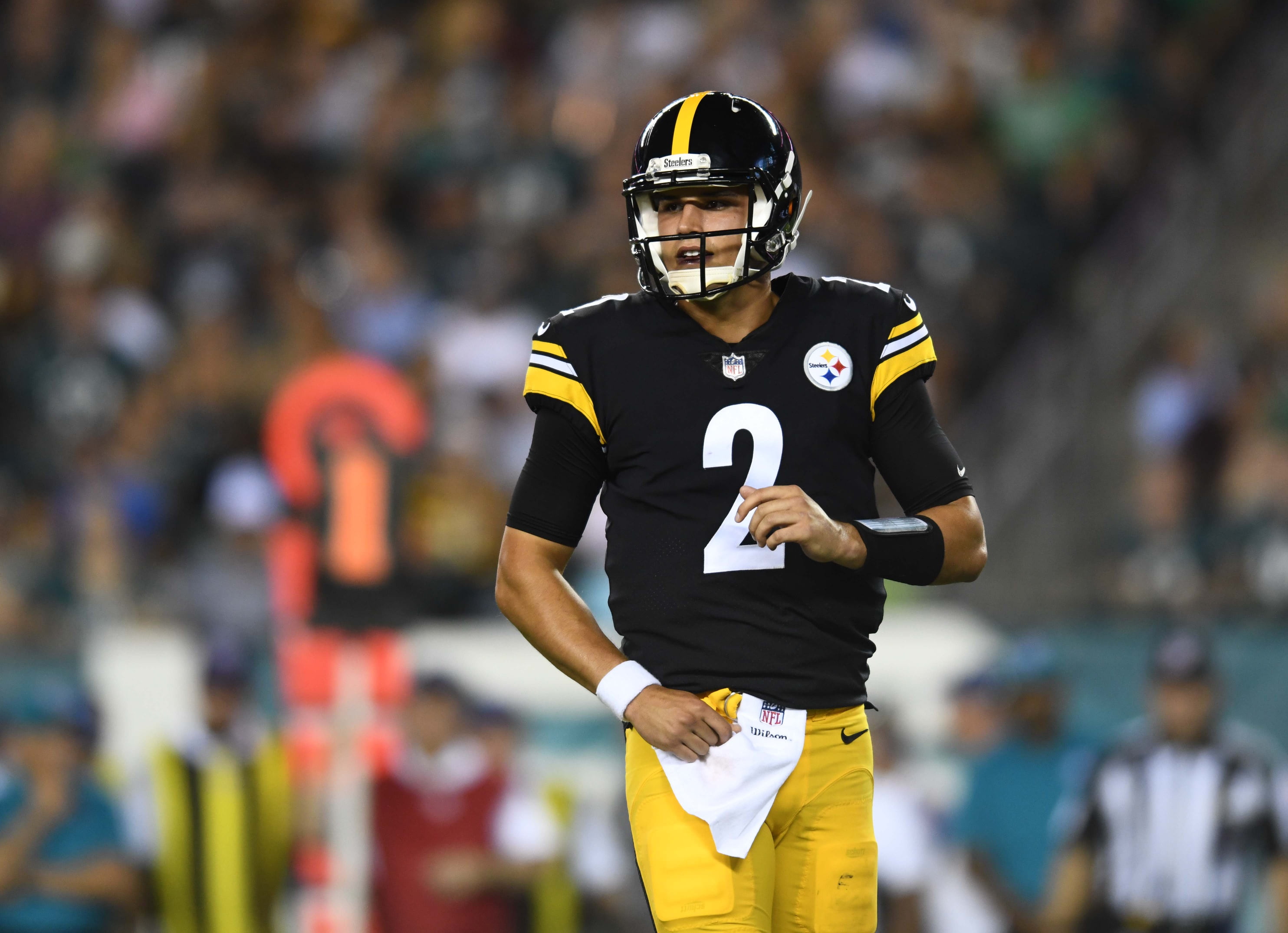 One year ago at this time, Mason Rudolph appeared destined to spend his rookie season battling it out with career backup Landry Jones for the spot of QB2 behind Ben Roethlisberger.

A lot can change in 12 months.

The Steelers, heavy on young passers behind Big Ben, released Jones, who was entering a contract year, last September. That move opened a path for second-year QB Josh Dobbs — who most considered the odd man out — to usurp the former Sooner at No. 2 in the pecking order behind center. Rudolph never dressed for a game during the regular season.

Rudolph, who was tabbed a first-round talent by plenty, slipped all the way to the third round. When Steelers brass — who had a first-round grade on the nation’s leading passer coming out — saw the opportunity, they traded up two spots to secure a possible successor to their aging franchise QB who had made publicly flirting with retirement a regular occurrence.

But this April another domino fell. Roethlisberger signed a contract extension keeping him on the books through at least 2020 with an option for an additional year. In 2021, Big Ben will be 39 and Rudolph will be 26. Both will be in the final years of their current deals.

That’s not exactly conducive to a young QB trying to earn a veteran deal.

When asked if human nature steps in during that situation, with Big Ben signing a long-term deal, Rudolph steered the conversation back on himself.

“I focus on preparing like I’m the starter every week and knowing that you’re one play away and you know you’re there to help your team when your time comes, being prepared for that moment,” Rudolph told Pittsburgh sports radio outlet 93.7 The Fan.

Rudolph (who also had a first-round grade on himself) would have been confident taking the reins of an offense earlier, but he’s taken those confidence blows in stride and he’s taking advantage of his opportunities to improve.

“It’s always been my motto, ‘let’s be not just a little bit better, but let’s make huge strides from the previous year,’ whether it’s high school or college and that’s what I’ve done this year,” Rudolph said. “I think from a protection standpoint and general knowledge of the offense, operation, kinda coaching, helping guys that are new.

“I’m the veteran now, although I’m only a year in, but I feel like [my] general knowledge is 100 times better than it was last year.” 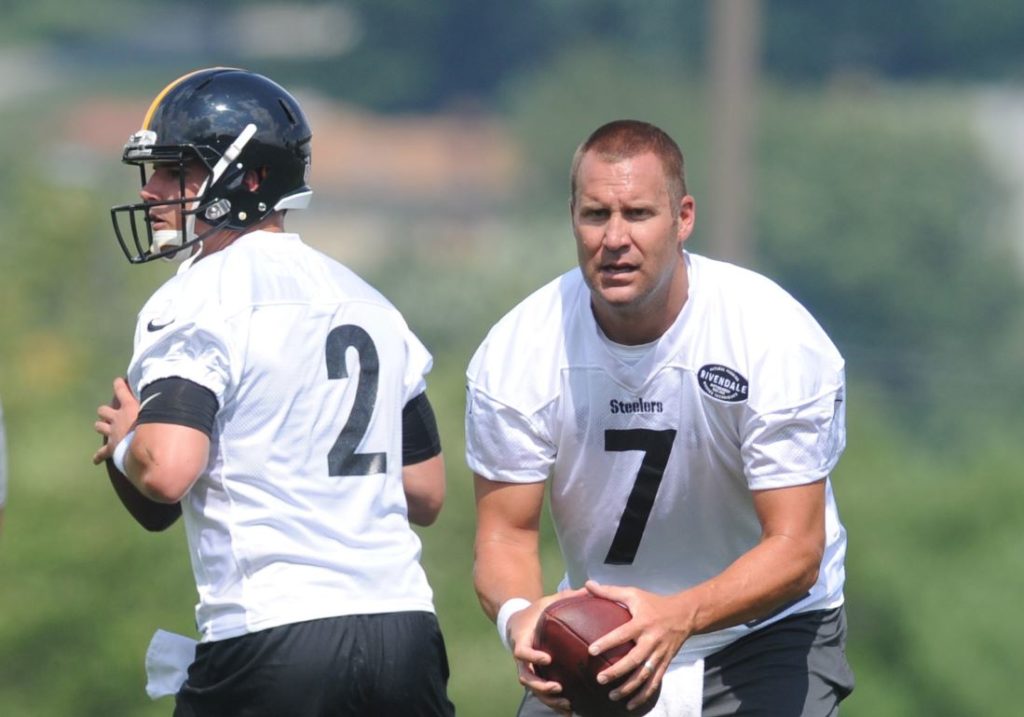 But the former college tandem still keep a tight bond and have been a huge help to each other through their first year-plus in the pros. And each has noticed marked improvement from the other.

“I feel like he’s a lot more confident. I mean, we both are,” Washington on Rudolph to PennLive.com. “I mean, all last year we were kind of back-and-forth calling each other, trying to pick each other’s brain and just learn playbooks together. He would call me, we’d go over signals so I feel like we kind of helped each other a little bit.”

“He’s doing great,” Rudolph said of Washington. “I think he’s running better. Just like myself, he’s the older guy. He’s kinda managing coaching some of the receivers along with the other leaders in that room. Just general football knowledge, just 10 times better.”

The Steelers completed OTAs June 6 and a three-day minicamp starts June 11. To this point, Rudolph says he’s seen a lot more time with the first team.

“[Pittsburgh OC] Randy [Fichtner] feels more comfortable with me and my knowledge and that I’m gonna go in there and run the play and execute. It’s just what happens in Year 2. It’s been great. It’s been awesome to be with those first guys and very valuable.

Rudolph said the limitations of playing in shorts and not being able to showcase his improvements had him “getting kind of pissed” and he’s ready to get to Latrobe, where the Steelers training camp is held starting July 25.

“They’re dropping eight a lot because we’re not running the ball in these periods,” Rudolph said.

“So you get frustrated and you’re having to check calls down, but … you gotta play that game. When you get to Latrobe and you can finally put the pads on, run a little bit and get some play action flowing so that will be a lot better.”

Rudolph knows he’s probably not going to be the guy in Steel City for the forseeable future, but he’s attacking 2019 like he is and hell-bent on taking the clipboard from Josh Dobbs.

“I’ve always been a big believer in being the best version of yourself, competing, looking yourself in the mirror and being a lot better than you were the day before,” Rudolph said. “In college, I was trying to compete against guys and I was the clear cut starter, so that’s never going to disappear.”