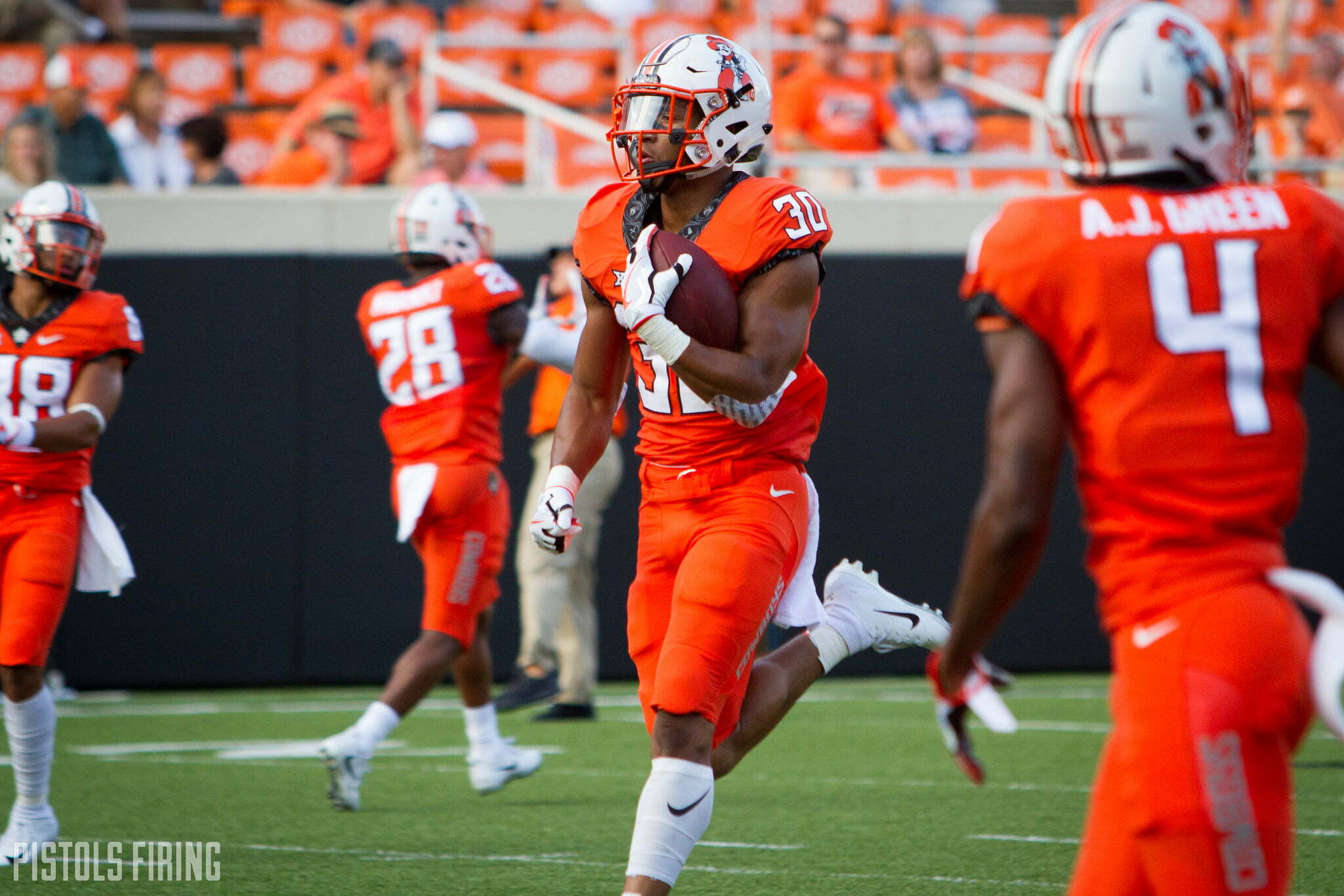 The highly-anticipated debut of Chuba Hubbard did not disappoint. The world-class sprinter showed off not only his straight-line speed, but the elusiveness that it takes to be a game-changer.

For his highlight-reel plays in the running game, passing game and on special teams, Hubba was named the Big 12 Newcomer of the Week and also earned a spot atop OSU’s kick return depth chart for Week 2.

#OKState has released its depth chart for South Alabama.
• Chuba Hubbard, the Big 12 Newcomer of the Week, is No. 1 at kicker returner.
• Keondre Wudtee not listed among QBs.
• No longer an -or- between Brown and Sanders. pic.twitter.com/BM0SeREN6K

He was not even listed on the two-deep before kickoff, but after he subbed in the third quarter and did this ?, there was little doubt that he needs to be involved in the return game.

Hubbard was just glad to get back on the field.

“It was an awesome feeling,” said Hubbard after the game. “This has been the longest I’ve gone without playing a game of football, but once I got on the field it was awesome. I missed it a lot.”

He paid it off by leading all Cowboys with 149 all-purpose yards including this eye-popping touchdown that restored my faith in the short passing game.

It’s only been one game, but Hubbard’s ability to make plays in space leaps off the screen. Look for the coaching staff to try to get him the ball as much as possible.