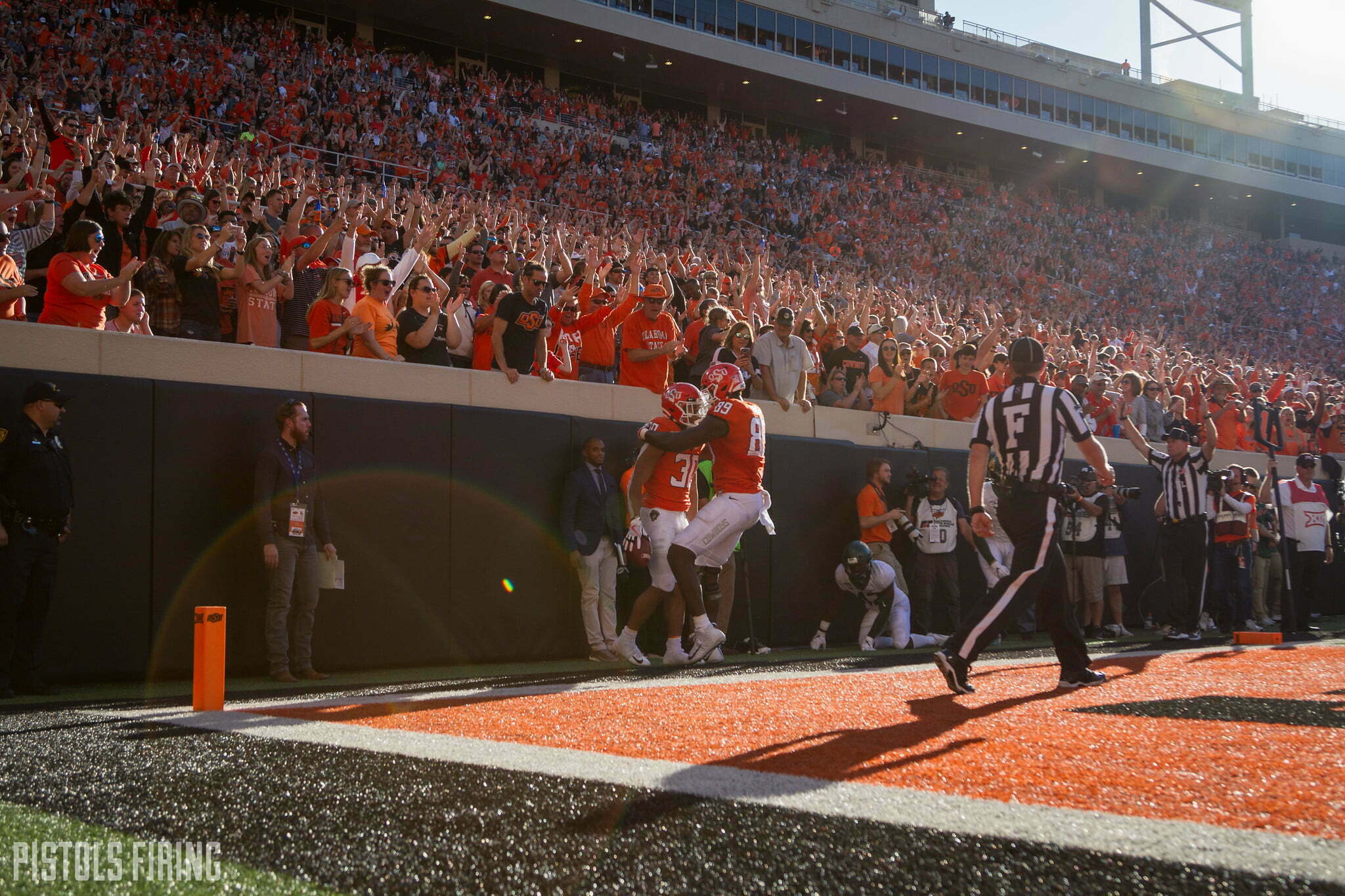 I don’t know how many ways there are to show just how unreal Chuba Hubbard’s redshirt sophomore season has been, but I do believe we’re determined to unearth and publish them all.

A note from Saturday before we get to the good stuff: Gary Patterson has been the coach of TCU since 2000. In that time, nobody had rushed for more than 188 yards in a single game against his Frogs’ defense. Chuba went for 193. In the second half.

Anyway, let’s look at where things stand and — maybe more importantly — where they’re going. As a quick refresher, there have been four (four!) seasons in college football history in which a running back has rushed for more than 2,300 yards. Chuba is currently on pace for — with just four games remaining — 2,316.

This is part of the reason we’re writing stuff like this. When the numbers are so overwhelming, it’s foolish to dismiss a player from Heisman candidacy no matter what his team’s record is. Can you imagine Barry Sanders (1988), Melvin Gordon (2014) or Marcus Allen (1981) not attending the Heisman ceremony? Come on.

Chuba has 1,604 yards through his first nine games, that’s the eighth-best season by a Poke ever, and it’s eons ahead of everyone else in CFB this year. Players who have eclipsed the …

But the more astonishing number is what happens when you project some of this stuff out into the future. Everyone averaging at least 100 yards a game has played either seven, eight or nine games. I took their per-game production, did some #math and added it to their current total. The best non-Chuba number projects to be 1,857 yards by AJ Dillon of Boston College. That would be the 69th-best season in CFB history.

Chuba is on pace to clip him by almost 500 yards.

Here’s the graph of projected end-of-season rushing yardage for everyone in CFB currently averaging over 100 rushing yards per game.

But tell me more about how good Justin Fields is.

Here’s the thing — and this is something my buddy John Sheets brought up to me over the weekend and something Carson and I talked about on our pod on Monday — Chuba’s Heisman campaign is going to rest on what happens in Bedlam.

Consider this scenario: OSU beats KU and WVU and Chuba has a modest 300-yard output combined to get to 1,904. Then he goes 200 against OU in a Big National TV Game and OSU is at the very least competitive. That would put him at 2,104 (again, 2,000 has been topped just 34 times in the last century of CFB). You’re telling me that’s not enough to get to NYC? I don’t really know that I believe that.

But who knows how all of this is going to go? Maybe he goes for 300 against both Kansas and WVU. Maybe he shuts it down to prep for the NFL. There’s nothing about college football I wouldn’t believe at this point (except probably this).

No. 30 has it all. All of the goods. It’s been a pleasure to cover and a joy to watch. Hopefully we get a few more days like we did on Saturday where media guides are dusted off and CFB Reference gets a server jolt as folks try and figure out the last time X happened. It’s been a full year of that thus far, and Chuba — both literally and metaphorically — doesn’t seem like he’s going to be slowing down anytime soon.