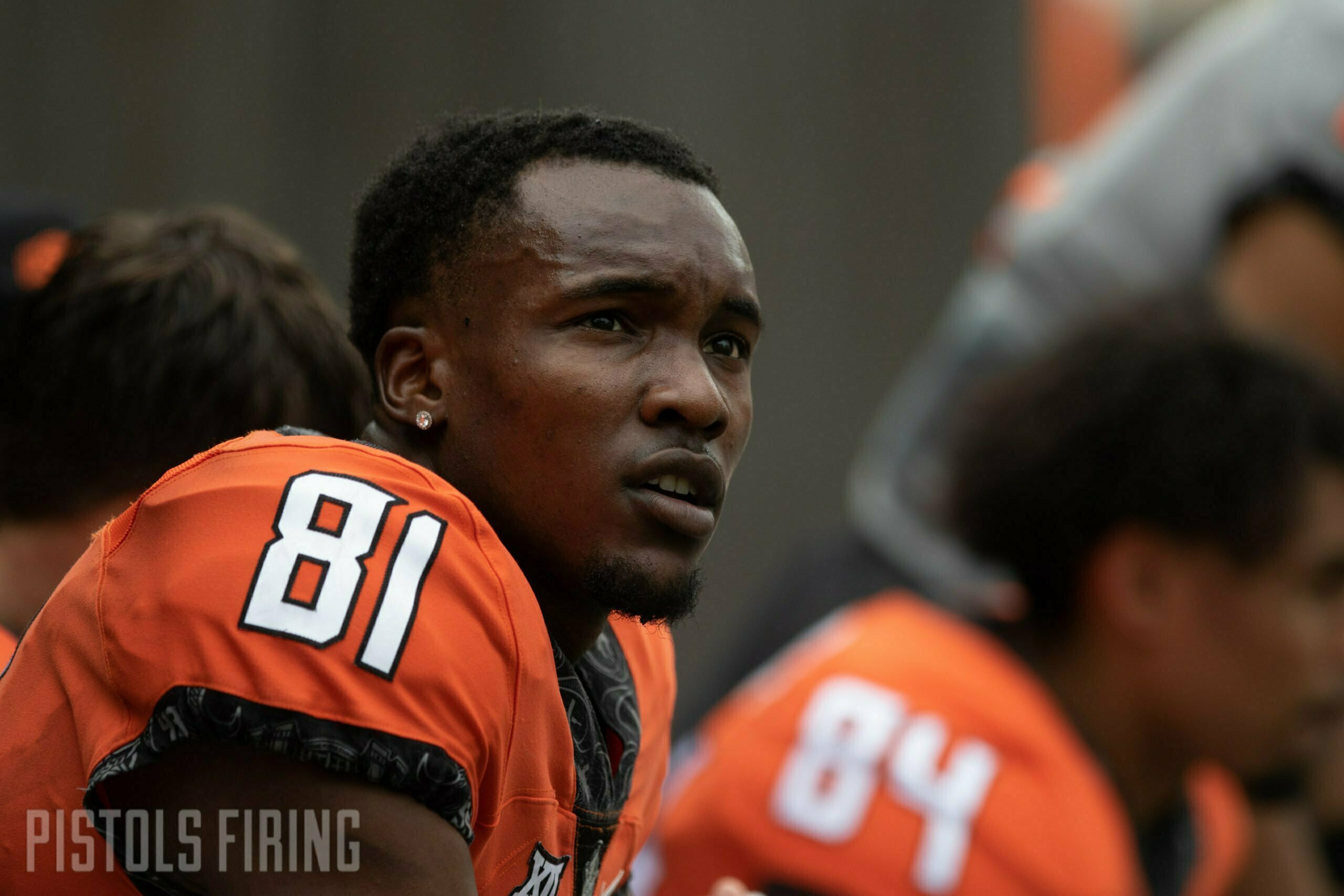 STILLWATER — Say what you will about the Cowboys’ recruiting, but they usually bring in high-level pass catchers.

Oklahoma State has a handful of four-star wide receiver prospects on its roster, but one of the standouts from Saturday’s spring finale isn’t even on scholarship — CJ Tate. Tate, a Putnam City North alum, caught a handful of passes and had one of the two touchdown receptions on the day, connecting on a go-route with true freshman QB Garret Rangel.

“I knew it was a really big spring for me honestly,” Tate said. “I feel like I did good in the fall, but I didn’t really take the steps I needed. I feel like I showed that I make big plays, and that’s something our receiver coach preaches. I feel like me taking it day by day really helped me have a pretty good spring. I’m always striving for better. It wasn’t as good as I wanted it, but it was pretty good.”

A 6-foot, 185-pound super senior, Tate started his college career at Tabor College in Kansas. In two seasons at Tabor, Tate caught 30 passes for 491 yards and a touchdown.

He then transferred to OSU where he redshirted in 2019, didn’t play in 2020 and participated in one game last season. Under normal circumstances, his football career would’ve ended after the Cowboys’ Fiesta Bowl win in Arizona, but Tate chose to return for an extra year. He said it was an easy decision for him.

What won’t be easy is breaking into the Cowboys’ stacked depth chart at the position. OSU is returning guys like Brennan Presley, Braydon Johnson, Jaden Bray, Blaine Green, Bryson Green, Rashod Owens and John Paul Richardson. All of those guys are on scholarship, but when Tate came to Oklahoma State, he said he knew he’d have to step his game up to get on the field at the “receiver school.”

“Our receiving corps. is always good,” Tate said. “Competition every day, and if you’re not scared to compete, you’re bound to get better. I feel like coming into a receiver school knowing there are gonna be good receivers, it really made me take a next step to be able to contribute to the team.”

OSU coach Mike Gundy said ideally the Cowboys would use eight receivers next season and rotate guys to keep them fresh. With how deep the Pokes are, it’s hard to say for sure if those plans include Tate. But the work he put in this spring hasn’t gone unnoticed.

“He’s made some plays, yeah,” Gundy said. “He’s been around here a couple years and gets in and has had reps. He’s a good example of the quality reps that we were able to give the threes, or the young kids, the last two years, all the way through. You guys were at our bowl practice, and you saw, they’re getting a lot of reps. His reps have come from that time, and you’re seeing him now today when he got in with the twos some, he was able to make some plays.”