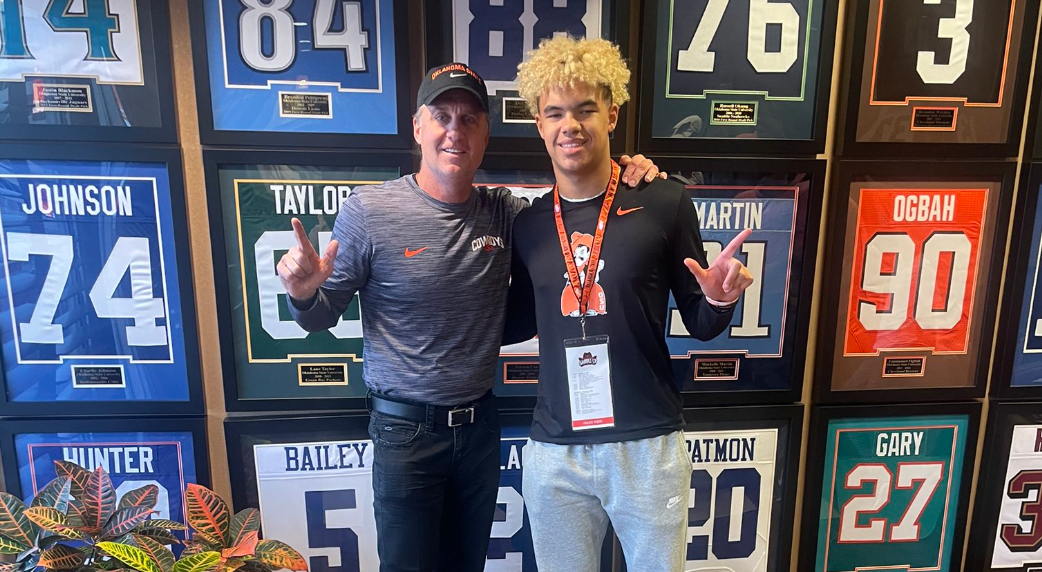 Class of 2023 receiver prospect Jalen Pope committed to Air Force just weeks ago right before Christmas, but on Sunday, he flipped his decision to Oklahoma State in a surprising twist that followed a weekend official visit to Stillwater. Pope announced the news himself on Twitter and tagged head coach Mike Gundy and offensive coordinator Kasey Dunn along with his high school coach.

Pope comes to OSU via Aledo High School in Texas.

At 5-foot-11 and 180 pounds, Pope might have been overlooked by bigger schools during the recruiting process because of his smaller frame. But OSU seems to have spotted big game from the senior talent late in the process. There was no reported offer prior to Sunday but it appears OSU made the move to swoop in and grab him during his visit.

Pope led Aledo to a state title in 2022, catching 64 passes for 1,252 yards and 14 touchdowns. In Aledo’s state final win against College Station, Pope had eight catches for 229 yards and three touchdowns.

Outside of his offer to Air Force, Pope also had offers to Tulsa, Columbia and Layfette, according to 247Sports.

Pope’s commitment caps what was a big weekend for OSU on the recruiting trail after bleeding out in recent weeks via the transfer portal. He’s the fourth commitment of the weekend alongside Michigan State running back transfer Elijah Collins, Iowa receiver transfer Arland Buce IV and Enid receiver Tykie Andrews. The three receiver additions may shore up a thinned-out position group that lost Braylin Presley, Bryson Green, John Paul Richardson, Stephon Johnson Jr. and Langston Anderson to the portal.