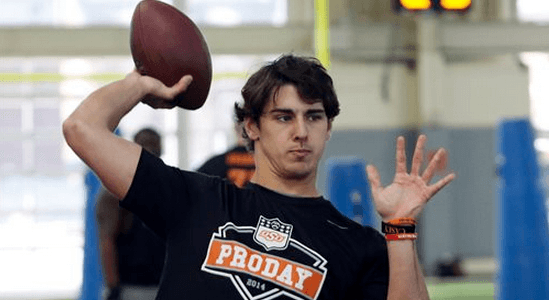 Clint Chelf did a cool Q&A with the Oklahoman for Thursday’s paper in which he noted that he was working on his golf game but not getting any better.

I also thought he did a great job summing up everybody’s thoughts on The Freek:

“I was skeptical going in. There are fast guys everywhere. We had fast guys when I was there. But he isn’t just a fast guy. He’s got moves. He can catch. He’s a lot bigger than I thought…he’s kind of ripped up.”

“I was extremely impressed with him the first game. I didn’t know what to expect going in, but he’s the real deal. I think he’s going to be a player that could win a game single-handedly if they give him enough touches. I could not sing his praises enough. He was everything he was billed-up to be.”

High praise for somebody whose entire career coincided with Justin Gilbert’s entire career and who threw to Josh Stewart for two straight seasons.