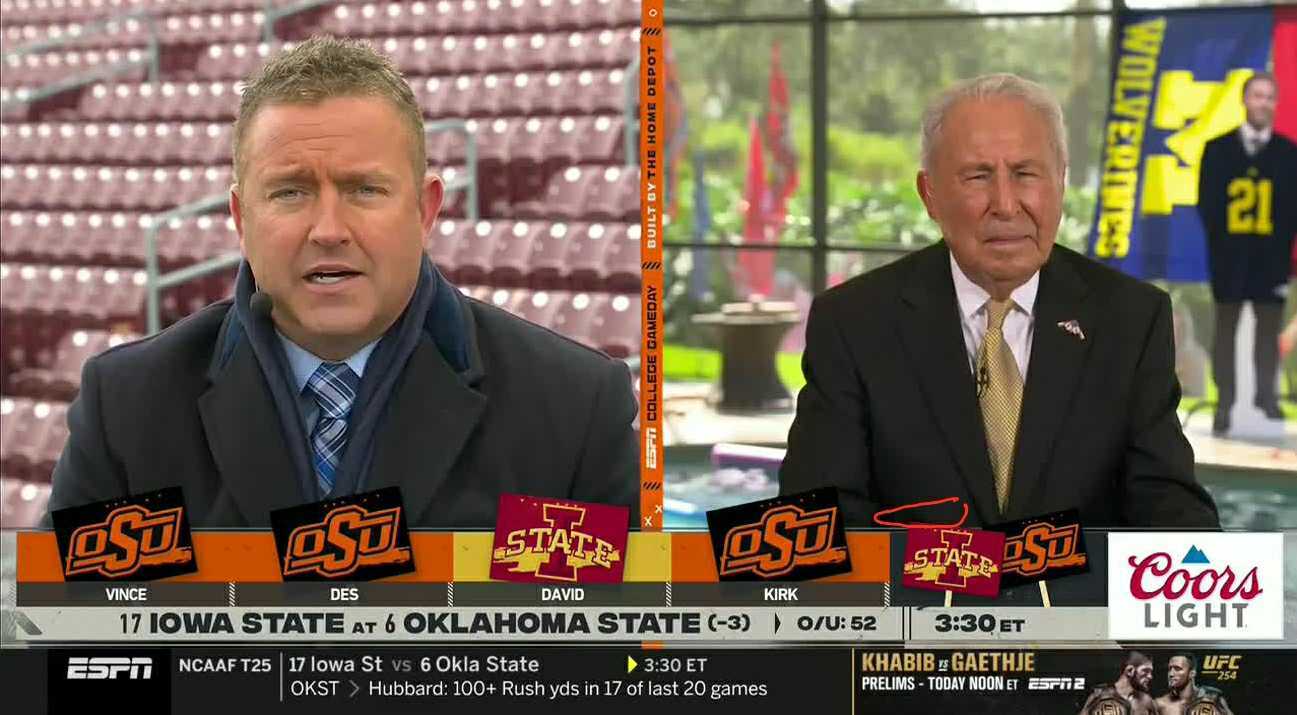 The premier matchup in the Big 12 on Saturday was tough to pick ESPN’s College GameDay crew.

The College GameDay guys were split when picking No. 6 Oklahoma State vs. No. 17 Iowa State, with three of the pickers taking the Cowboys and two taking the Cyclones.

Earlier in the show, Pollack called Iowa State’s Breece Hall the best running back in the Big 12, and he reiterated that while making his pick.