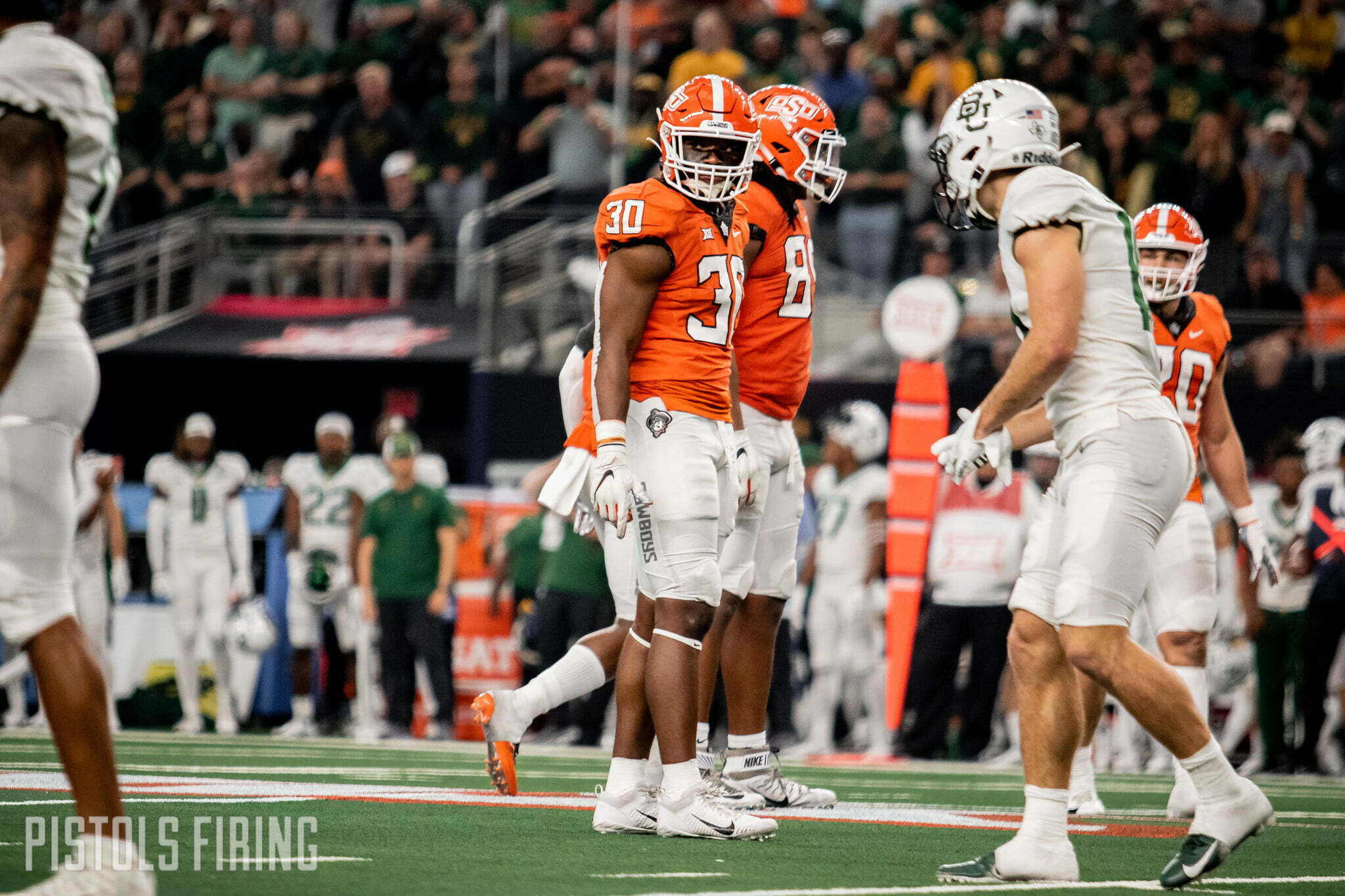 PHOENIX, Arizona — Collin Oliver has been unleashed on opposing offenses all season, and Tuesday that blossoming star was unleashed on the media.

Mike Gundy has a rule where first-year players aren’t allowed to speak with the media, but Oklahoma State’s coach waived that Tuesday morning for his true freshman pass rusher ahead of the Cowboys’ Fiesta Bowl tilt against Notre Dame on Saturday.

Oliver’s 11.5 sacks is a team-best on a team that leads the nation in sacks. He is just the second player under Gundy to record double-digit sacks in a season, joining Emmanuel Ogbah. And Oliver is doing it as a true freshman.

“It’s been crazy, you know, especially just now getting here and having all this success that our team has had,” Oliver said. “Being a part of this team has been, really, the more crazy part than what I’ve done, honestly. I’ve enjoyed every second of it, and it’s probably one of the funnest teams I’ve been on.”

Oliver said he came into the college game confident in his ability, but that even he didn’t expect to have this much success this early on. He earned his first start in the Cowboys’ regular season meeting with Baylor, and since then he has had 11 sacks in nine games. He has finished the year with two sacks apiece against Oklahoma and Baylor in the Big 12 Championship.

His second sack against the Sooners will live in OSU lore for the long haul. Oliver army crawled and sacked Caleb Williams on fourth down to ice the game.

“Obviously, Bedlam is a heck of a game of be in,” Oliver said. “At the the end of the game, I was really tired again. But just having that end of the game sack, it was real crazy how the crowd cheered and all that stuff. I was zoned out. I was too tired, but was a cool moment.”

Oliver has since been named a freshman All-American by myriad outlets. Defensive line coach Joe Bob Clements said Oliver’s athleticism stands out as to why he as good as he is, mentioning his first step and coordination. But Clements also mentioned Oliver’s football IQ, something Clements has seen in Oliver for a long while.

“I saw a maturity level in Collin when we had him at a youth camp before his junior year [of high school],” Clements said. “By the end of the camp, I had gone off script, and I was trying to teach him things that we were teaching our own players and he was picking it up at that moment. So I knew he was going to be a good football player in time. Did I anticipate that it’d happen this season? No, no, I didn’t. But I’m glad it did.”