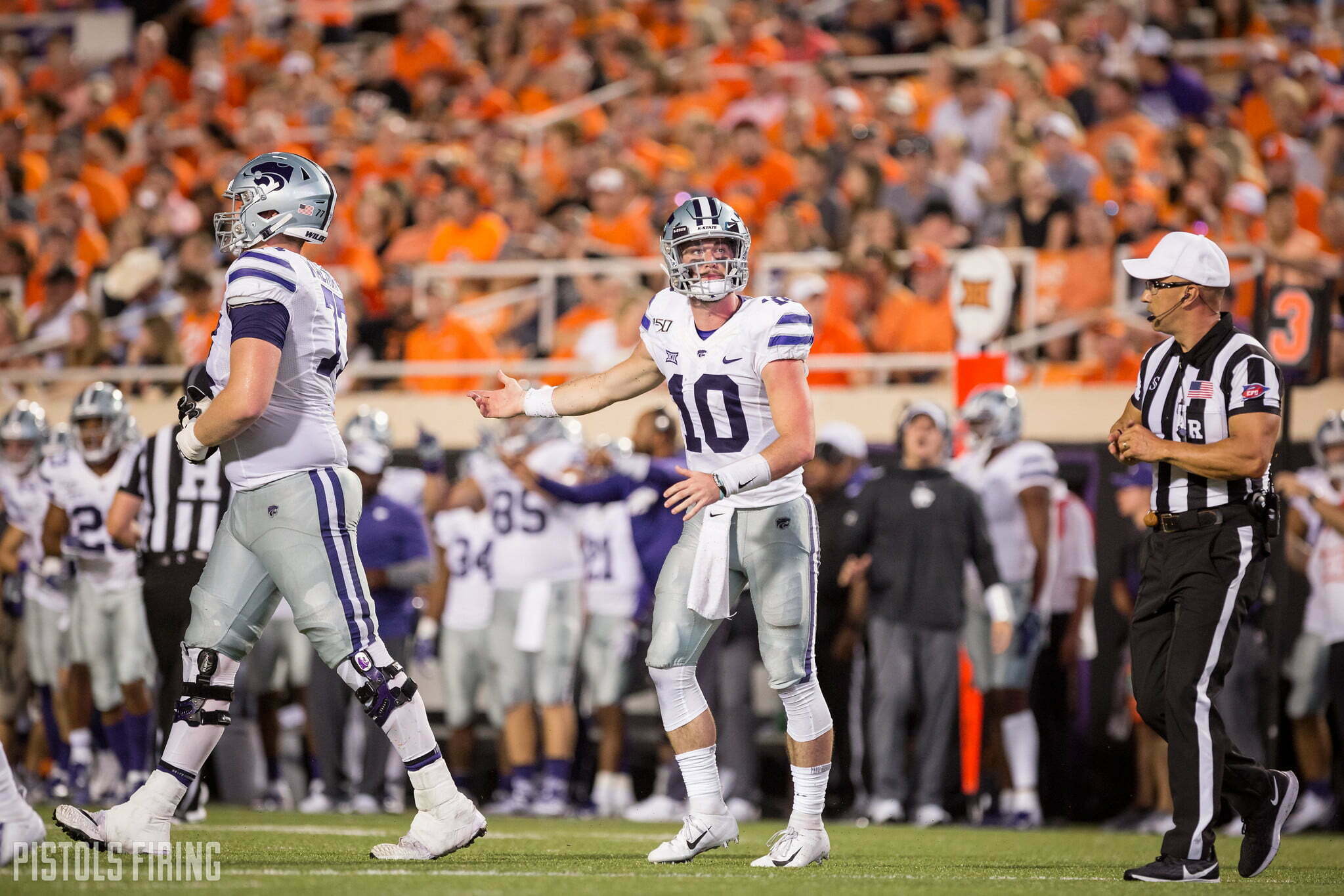 We shouldn’t expect anything less with 2020, but the Big 12 was quite eventful in its opening weekend.

Blown leads from big favorites and big underdogs, two teams who already have already lost to group of five foes beat their Big 12 opposition, and Kansas still stinks, the conference had it all.

Here is a recap of the day that was.

The Sooners managed to blow a 21-point second-half lead en route to losing to K-State for the second straight season.

The Wildcats scored 24 unanswered points in the game’s final 16:36. This all came two weeks after K-State lost to Arkansas State at home.

The Wildcats might not be the most skilled team in the conference, but the group has some grit between quarterback Skylar Thompson and freshman running back Deuce Vaughn.

On a bad calf, Thompson finished Saturday’s game 18-for-25 with 334 passing yards and a score. He also ran for three other touchdowns.

Vaughn is just 5-foot-5, 168 pounds. He ran for 45 yards, including a 38-yard fourth-quarter score. He also led the Wildcats in receiving with four catches for 129 yards.

Turnovers were the story to OU’s collapse, a tradeoff with having a young quarterback. Spencer Rattler threw three interceptions Saturday. The Sooners also lost a fumble and had a punt blocked.

Chris Kleiman is now 2-0 against the Sooners as K-State’s coach.

Speaking of collapses, Texas Tech blew a 15-point lead with less than three minutes to play against No. 8 Texas.

Tech took a 56-41 lead with 3:13 to go in regulation, but the same defensive issues that have plagued Tech for what seem like forever returned: defensively, the Red Raiders can’t stop anyone.

We’ve covered this game extensively on the site, but in short, OSU’s defense is 2-0.

OSU freshman quarterback Shane Illingworth made his first start and guided the Cowboys well enough. He finished 15-for-21 with 139 yards and an INT. Through two games, OSU hasn’t thrown for a touchdown.

Chuba Hubbard and LD Brown ran for a combined 204 yards and a pair of scores.

Iowa State dropped its season-opener to Louisiana, and TCU’s had its canceled.

The teams traded fourth-quarter scores twice, but TCU couldn’t ever get over the hump.

As crazy as the Big 12 got Saturday, it still couldn’t save Kansas.

The Jayhawks went into the second quarter tied at 7 with the Bears before Baylor rattled off 33 unanswered points.

Baylor senior running back Tristan Ebner scored in just about every way he could. He had a rushing touchdown, a receiving touchdown and two kickoff return TDs. On two kick return attempts, he had 183 yards and two scores.