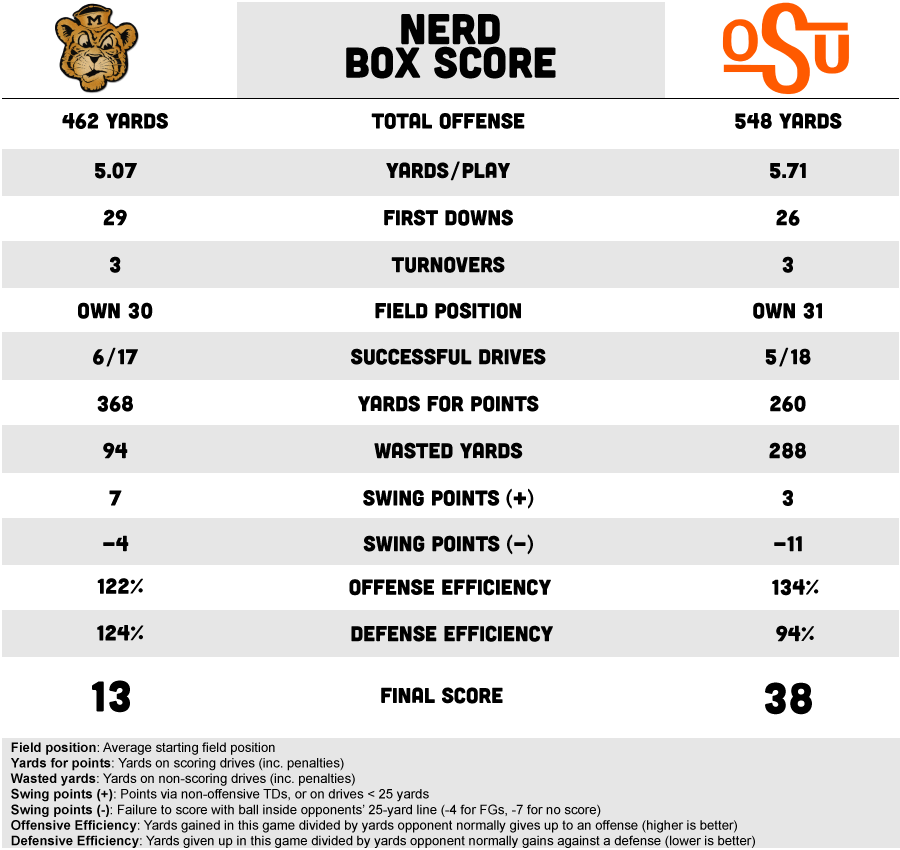 Our last nerd box score of the year (for football anyway).

I’m still a little baffled by how OSU lost on Friday night. It wasn’t spectacular on offense for stretches but it still racked up nearly 600 yards against a pretty good Mizzou defense and tied the turnover battle.

The Cowboys also had more yards per play, better starting field position, and were more efficient on offense AND defense. And still lost by 10.

The L, I think, comes down to two big things.

1.) Look at all those wasted yards. The modi operandi for this OSU offense in the second half of the season was “we’re not going to score every time but if we put together a long drive, we’re getting points for sure.” They scored on 90+ yard drives against both Baylor and OU and had so many scoring drives over 80 yards, I lost track.

Against Mizzou, though? Four 30+ yard drives that ended without points plus a 50-yard drive that ended in the fumble that sealed the deal for Mizzou.

2.) The two back-breakers were the missed field goal by Grogan (that’s a seven-point swing above because you got inside the 20 and couldn’t score) and the four-play, two-yard travesty after Mizzou fumbled on its own 11 in the fourth quarter. You have to punch it in there.

Statistically it wasn’t a bad game for OSU but they couldn’t close when it mattered and that’s why Gary Pinkel took home his second Cotton Bowl in the last seven years.