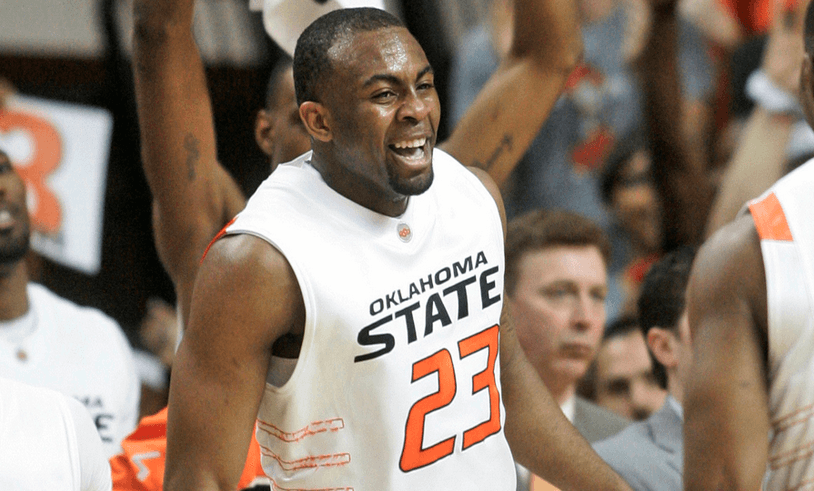 Before you read the second half of this list you might want to check out Nos. 6-10 which I wrote about last week here.

5. James Anderson (2007-10): Anderson is one of the greatest scorers to grace Gallagher-Iba Arena. After a freshman year in which he scored 13.3 PPG, it was clear he had a bright future.

His 17.9 PPG career average is the second best in Cowboy history. His senior season, in which he averaged 22.3 PPG, 5.8 RPG, and 1.4 SPG, is one of the greatest individual performances in program history and garnered him First-Team All-Conference, Big 12 Player of the Year, and First-Team All-American honors.

Had he stayed four seasons, he probably could have challenged for the top scoring spot of all-time. As it stands, he is fourth all-time.

The only knock on Anderson is that his teams never had much post season success; the farthest an Anderson-led team ever advanced was the round of 32. Still, his dominance on the court and eye-popping numbers earn him a spot in the top five.

4. Desmond Mason (1996-2000): Mason burst onto the scene at OSU his sophomore season, when he averaged 14.6 points and 7.7 rebounds per contest. It was good enough to earn him a spot on the Third-Team All-Conference squad.

Over the next two seasons, he got progressively better, climbing the ranks to Second-Team All-Conference as a junior, and then First-Team as a senior.

College Hoops Insider even thought enough of him to name him First-Team All-America in his final season.

It was by far his best year. He averaged a career high in points (18 PPG) and improved his three point percentage from 34.2% to 43% while shooting at a higher volume than ever before.

He led the Cowboys to the Elite Eight that season, where they would fall to eventual runner-up Florida. Now, he ranks fifth all-time in points, sixth in rebounds, and eighth in steals. His three point percentage from his senior season ranks the tenth best in program history.

His career itself is illustrious, but he will be most remembered for that dominant final year.

3. Bryant “Big Country” Reeves (1991-95): Reeves was famously give the moniker Big Country by Byron Houston due to his small-town roots in Gans, Oklahoma, and his amazement after his first cross-country flight.

He is the second all-time scorer and rebounder, and one of only two Cowboys to post averages of at least 15 PPG and 7.5 RPG for their entire career. He is a three-time First-Team All-Conference member and a two-time Second-Team All-American.

He’s also a two-time winner of the Big Eight Player of the Year. His junior season was his best statistically. He averaged 21 points, 9.7 rebounds, and 2.1 blocks a contest that season.

OSU reached the Sweet Sixteen when Reeves was a freshman, but failed to make it past the round of 32 with him as the main offensive option in his sophomore and junior years.

That all changed his senior season when Reeves led the Cowboys on a Final Four run.

Big Country dropped 26 points on Alabama in the second round, and the 4-seeded Cowboys would go on to dispose of top-seed Wake Forest and 2-seed Massachusetts before falling to UCLA.

He went on to play six seasons in the NBA with the Vancouver Grizzlies.

Oh, and there’s this.

2. Byron Houston (1988-92): Houston practically rewrote the history book during his time at OSU. His rebounding and scoring skill coupled with his size (6’5” 250 lbs.) led some to deem him the next Charles Barkley.

Houston is OSU’s all-time leader in points, rebounds, and blocks, while ranking seventh all-time in steals. His career averaged are 18.7 PPG and 9.4 RPG.

He never led OSU past the Sweet Sixteen, but is a three-time First-Team All-Conference member, won Big Eight Player of the Year in 1991, and a consensus Second-Team All-American.

His 17 rebounds against New Mexico in the first round of the 1991 NCAA Tournament are still the second most in a tournament performance in Cowboy history. U

nfortunately, Houston didn’t find the same success in the NBA. He spent only four seasons as a pro.

1. Bob Kurland (1942-46): Kurland was the first great Cowboy, and still remains one of the greatest. 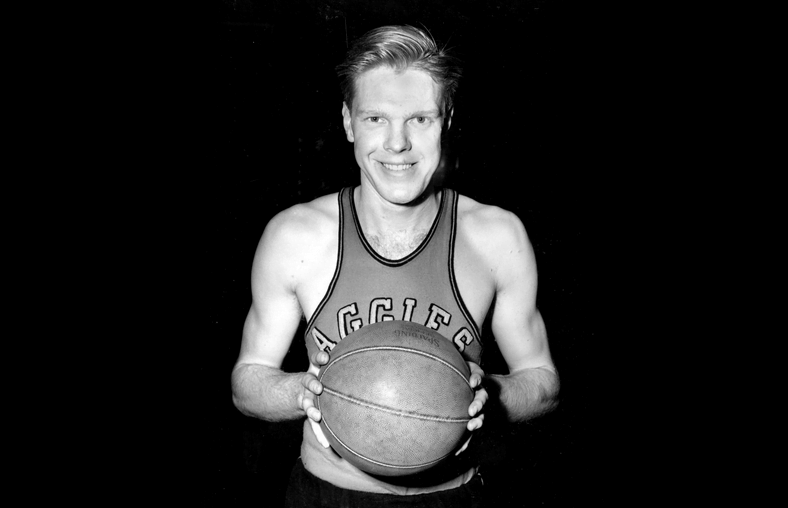 He is a three-time First-Team All-American who led OSU to two championships in 1945 and 1946, which are still the only titles in OSU history. He ranks sixth all-time in scoring and could very well have been the all-time leader in blocks had the stat been recorded back then.

Kurland is often credited with being a major reason why the goaltending rule was implemented. He is also credited as the game’s first seven-footer and the first person to dunk.

Kurland is not only one of the greatest players in OSU history, but also the history of the game because of the impact he had on it in that regard.