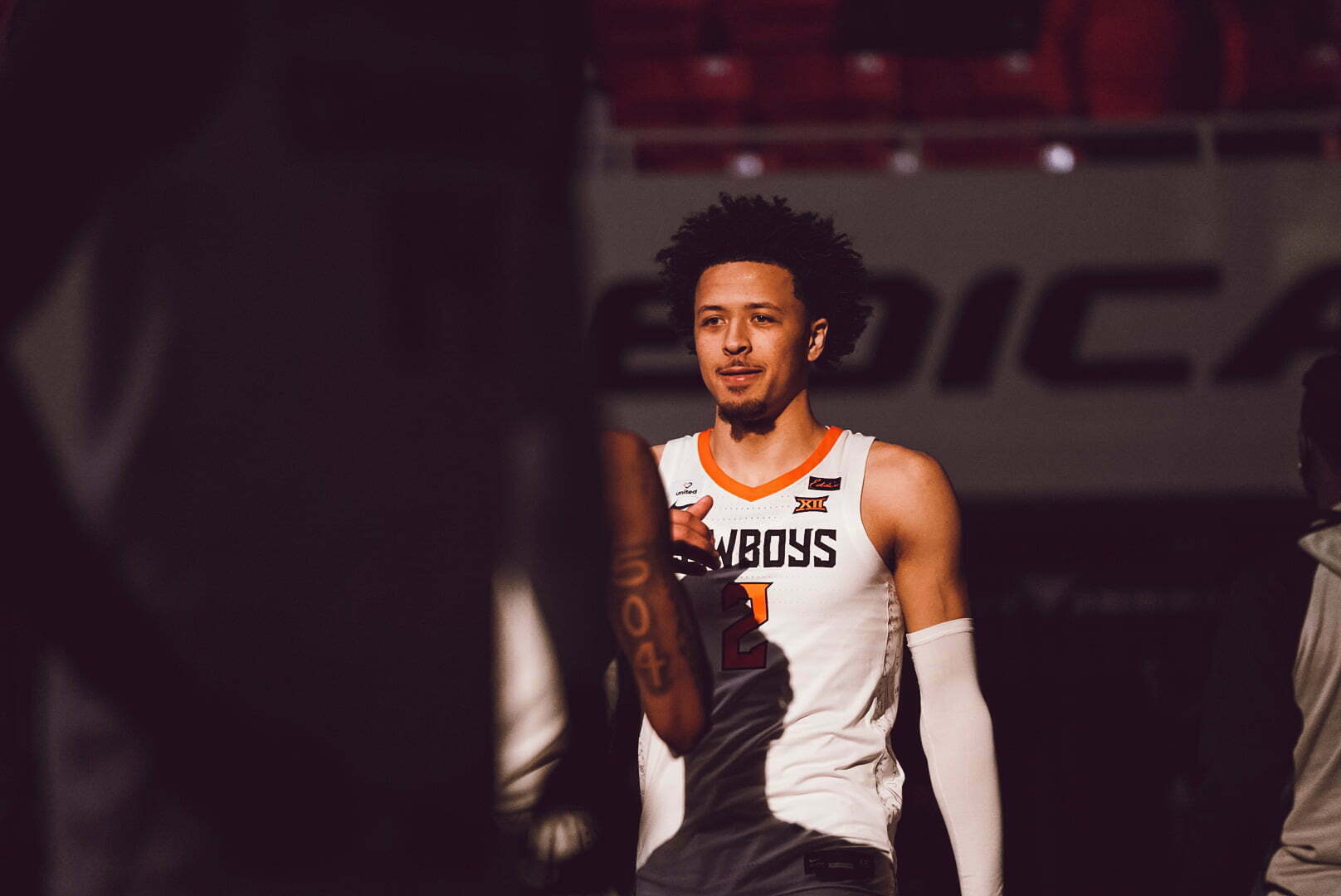 As juniors at Montverde, if Cade Cunningham and Moses Moody woke up looking a certain direction, the two were eye to eye.

The two are now superstar freshmen at Oklahoma State and Arkansas, respectively, but they shared a small room that year at Montverde Academy in Florida where there wasn’t much room between their beds.

The Oklahoma State and Arkansas basketball programs have a handful and links throughout time, the biggest being Eddie Sutton having coached at both programs. OSU holds a 36-15 record against Arkansas since the programs’ first meeting in 1925, but when the two teams face off Saturday in the Big 12/SEC Challenge, there will be new ties between the programs.

Cunningham and Moody being former roommates and teammates is one, as is Arkansas freshman Davonte Davis, who was committed to OSU for about a year before decommitting and eventually staying in-state at Arkansas.

Davis picked OSU early, committing to the Pokes in of his junior year of high school. That was before Arkansas hired Eric Musselman, who eventually kept the Jacksonville, Arkansas native in state.

“I love Devo Davis,” OSU coach Mike Boynton said. “He’s truly one of the kids that I enjoyed recruiting the most because he’s such a humble kid. I don’t know if Devo thought he was as good as I thought he was, to be perfectly honest. He committed to us pretty early, and, I don’t know how it changed, but I’m happy if he’s happy. At the end of the day, the guys in our program, I want to want to be here and want to be a part of what we’re doing.”

Davis isn’t the only recruiting similarity on the two teams.

Boynton also went after Moody. Arkansas coach Eric Musselman pointed out Thursday that he recruited Rondel Walker hard. Arkansas freshman Jaylin Williams also made visits to Stillwater and at one point was thought to maybe join Davis at OSU. Boynton also said he recruited Arkansas’ JD Notae out of the transfer portal before Notae ended up in Fayetteville.

Boynton said his staff knew their 2020 class was going to be a big one, so they wanted to get an early commit, which the Cowboys got with Davis, in hopes to close on guys like Williams. But both ended up at Arkansas.

With the two schools being about a three-hour drive away from each other, it makes sense that the two would have some crossover in recruiting. Boynton said he hadn’t recruited against Arkansas that much until the 2020 class, when Musselman brought his aggressive playstyle and recruiting to Fayetteville.

“I really don’t focus on who’s recruiting a kid to be honest,” Boynton said. “If we’re recruiting him, I try to get him, and if we don’t get him, wish him well. And if we get a chance to play against them, try to kick his butt.”