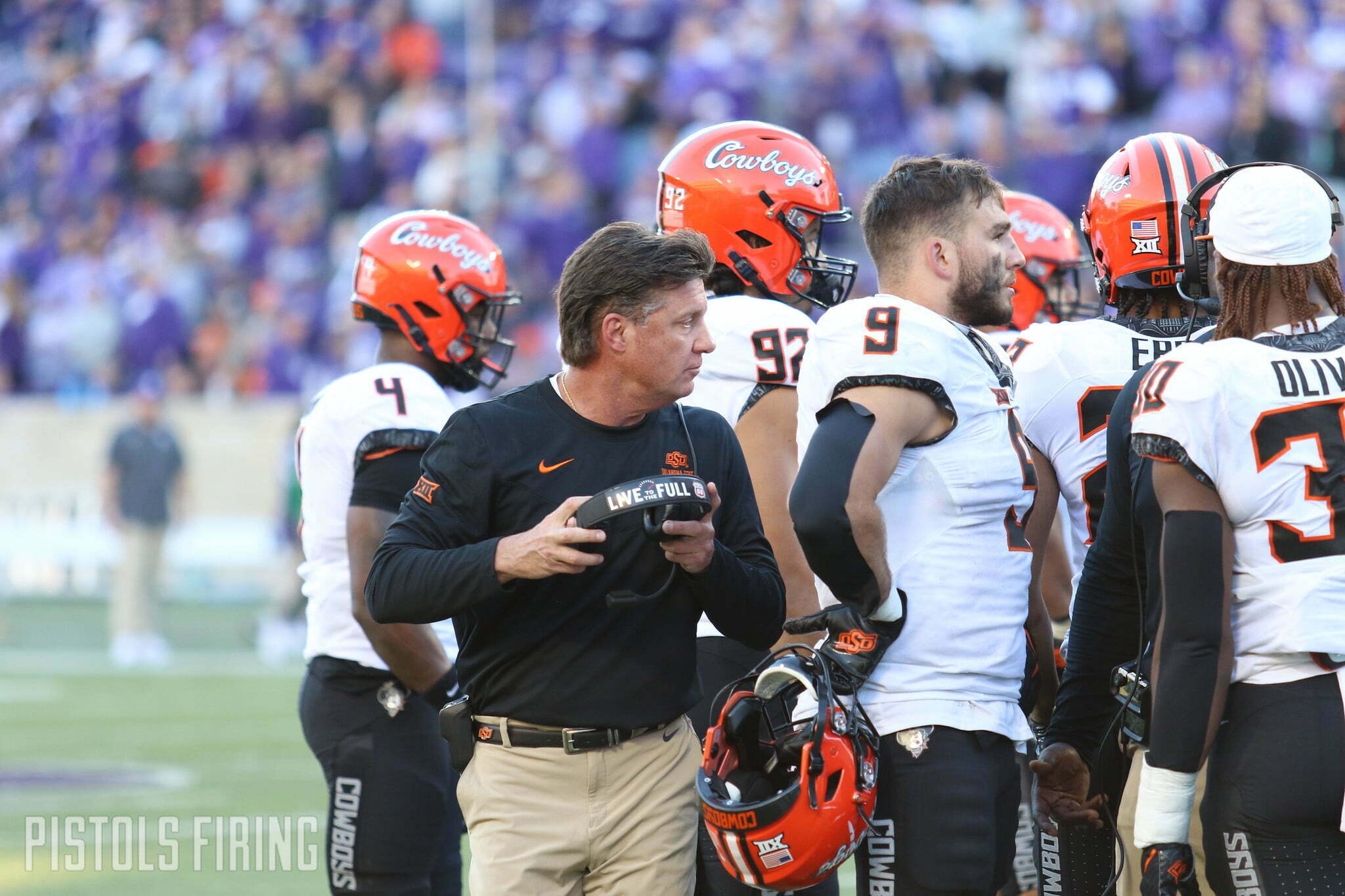 Oklahoma State got knocked on its butt by Kansas State, and right out of the Top 10.

After the Cowboys got blanked 48-0 by the Wildcats, they saw their No. 9 ranking drop all the way to No. 18 in the latest USA Today AFCA Coaches poll.

TCU remained unbeaten and at seventh in the ranking after a 41-31 win over West Virginia. K-State climbed eight spots to 14th after shocking the Cowboys. Other Big 12 schools receiving votes are Texas (55 and the third team out) and Baylor (14 and sixth).

A pair of future Big 12 schools traded blows and then traded spots. Cincinnati fell from No. 19 to the fifth team out of the Top 25 after losing 25-21 to UCF. For their trouble, the Knights climbed 12 spots are now No. 25 in the ranking.