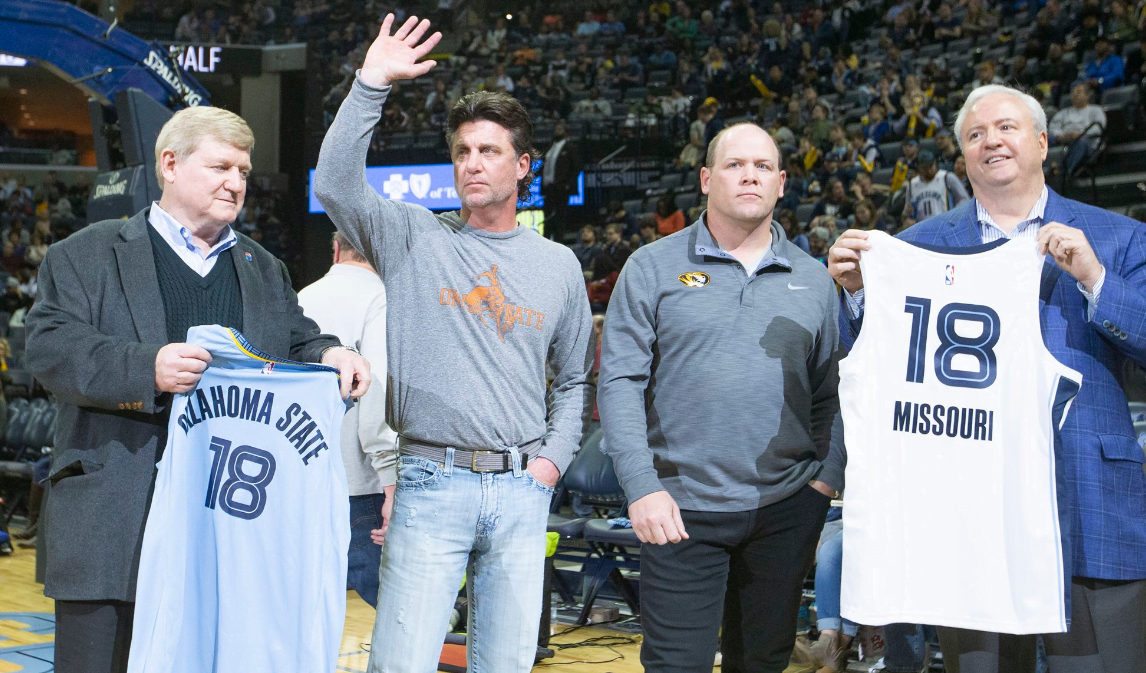 While we’re all at home struggling to find our footing between Christmas and the next holiday, Oklahoma State’s football team is smack dab in the middle of its own whirlwind of a bowl week in Memphis. The Cowboys landed in the Home of the Blues on Christmas Day, and have already taken part in the first two of their on-site practices. But Gundy and his squad took some time to unwind on Wednesday night in the Grind House.

Ahead of a bowl game that will feature two of the nation’s top 20 scoring offense, the Cowboys and the Tigers got to experience a little “grit and grind” culture, as the Memphis Grizzlies took on Cleveland and stymied the lowly Cavaliers in a 95-87 win. That’s relatively low-scoring, even for a game inside Fedex Forum.

Shoutout to the @memgrizz for hosting us tonight. #okstate #AZLB60 pic.twitter.com/XDeuI4hjJw

Both bowl teams were able to hit the court and show off their hoops skills. I have a feeling A.J. Green is a bit of a trash talker and I like it.

“You can’t be distracted by outside things, said Smith. “You have to remember the purpose of you coming here, and that’s to play football. You can always enjoy everything when the time comes, but you have to keep that in the back of your mind. I came here to play a football game, to help our team be victorious and try to get another ring.”

The Cowboys will take part in the Bass Pro Shops Team Welcome Party later Thursday as well as other events throughout the weekend leading up to the New Year’s Eve tilt.