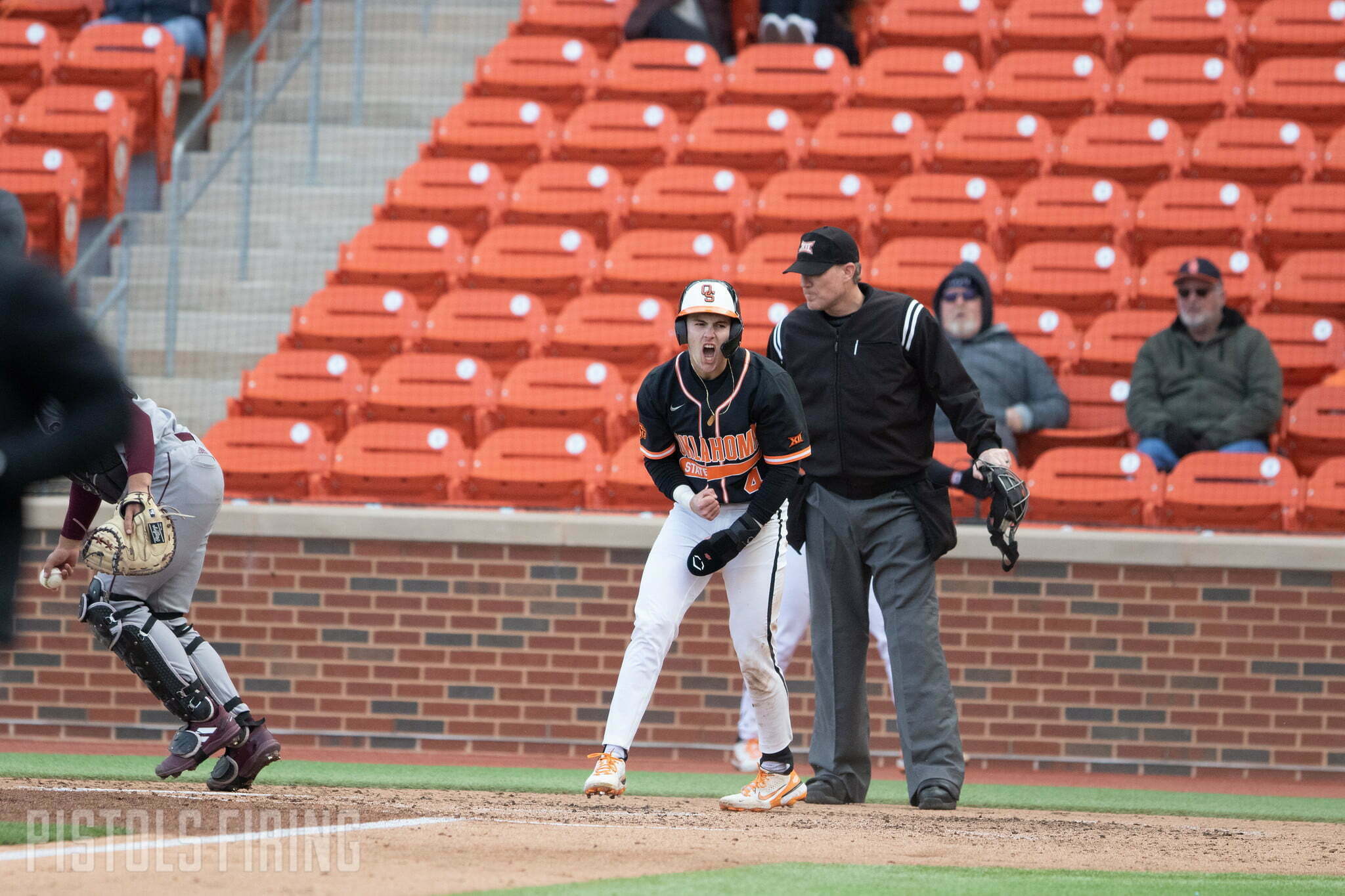 The Cowboys have won their most consecutive games since 2014.

Oklahoma State beat Kansas 7-2 on Sunday to sweep the teams’ three-game series and bump the Pokes’ win streak to 11 games. OSU won 12 straight in that 2014 season.

Falling behind 1-0 in the fourth inning was all it took to wake up the Cowboys’ bats. In the bottom of that inning, David Mendham hit a solo home run down the left-field line, his second of the season. Later in the frame, Chase Adkison continued his hot streak with a sacrifice fly to left that scored Nolan McLean.

OSU added another in the sixth when Jake Thompson (who else?) doubled to left, scoring Hueston Morrill, who hit a leadoff single.

Then OSU busted things open with a four-run sixth inning. Jaxson Crull had an RBI single with one out that scored Caeden Trenkle. Then with two outs, things got harry for the Jayhawks. Sam Brady hit Roc Riggio with a pitch to load the bases. Kolby Dougan then came to the mound. A passed ball allowed Adkison to score before freshman Zach Ehrhard singled to right-center, scoring Crull and Riggio.

Riggio, Ehrhard, Thompson and Morrill all had multiple hits on the day. Thompson’s 2-for-4 day moved his season average to .389. Thompson was a combined 0-for-4 in the first two games against KU.

Bryce Osmund got the start on the mound for OSU on Sunday. He was awarded the victory after pitching five innings where he allowed two runs off eight hits while walking one and striking out seven.

Bayden Root was the first arm out of Rob Walton’s bullpen, giving up a hit and a walk while striking out three batters. Then McLean pitched for the fifth time this season. McLean, OSU’s starting third baseman, threw the final two innings where he didn’t allow a hit and struck out five of the six batters he faced.

Oklahoma State will look to make it a dozen in Tulsa on Tuesday. The Cowboys play Oklahoma in a nonconference tilt at ONEOK Field with first pitch scheduled for 7 p.m.