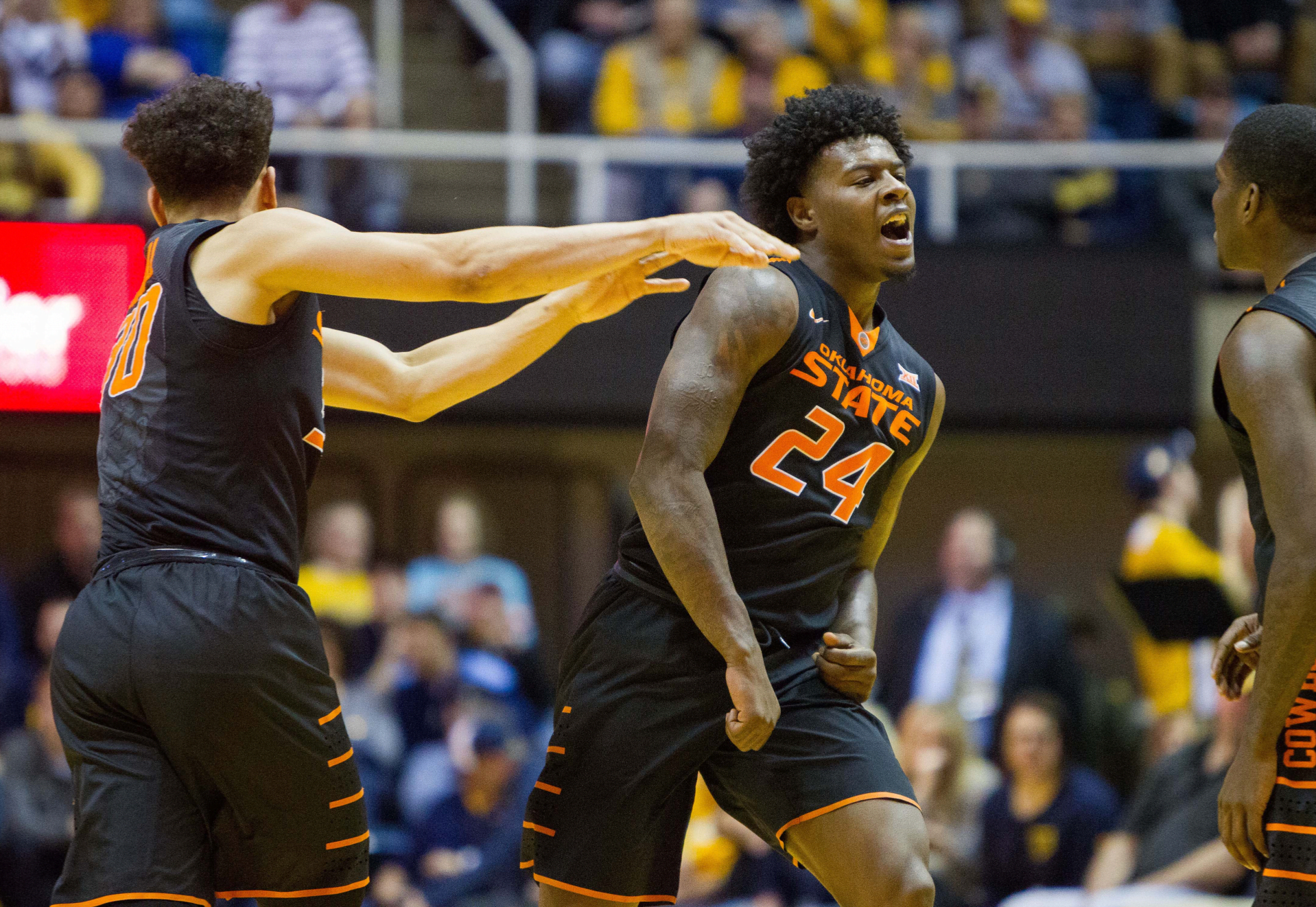 When Davon Dillard elevated from outside the paint and dunked all over the state of West Virginia, it meant more than two points as the ESPN broadcasters suggested it did.

The Oklahoma State men’s basketball team snatched a much-needed road conference win in Morgantown, 82-75, against the No. 7 Mountaineers on Saturday. In about a month when résumés are the hot topic in college basketball for the NCAA Tournament, the Cowboys have the line they can point to, if necessary. A win on the road against a ranked team.

One of the buzzwords of March is “signature win.” OSU had some good ones in November (Georgetown and UConn), December (Wichita State) and January (Texas Tech and Arkansas), but it didn’t have a resume-topper. It hadn’t beaten a ranked opponent. Until now. OSU has won five straight, including three on the road, but none have been as meaningful as their most recent.

Before the Cowboys left Stillwater on Friday morning, Jeffrey Carroll reflected on what this victory would mean. “It’d be big-time,” Carroll said. “We’ll take that next jump in the standings.”

The last time OSU played consecutive conference games on the road, won both, & beat a ranked team in the process? 1954!!! #okstate

The first time OSU played West Virginia this season, it was a blowout 92-75 loss in Gallagher-Iba Arena to open Big 12 play. While the players and coaches might tell the media otherwise, going to Morgantown, where the Mountaineers had lost only three times in the past two years, wasn’t an exciting challenge.

But behind 20 points from Carroll, 18 from Jawun Evans and 13 from Phil Forte, OSU beat the press and grabbed its first big boy victory of the year. This was the first time OSU had beaten a ranked Big 12 opponent on the road since February 2015 when it beat No. 16 Baylor. It was its first road win over a top 10 team since Marcus Smart back-flipped all over Kansas in 2013.

The way the Cowboys are playing, the victory might not be vital to their chances in March, but it can’t hurt. Coming in, they were 35th in the nation in RPI and No. 22 in KenPom, so that’s good.

After the day Saturday was in college basketball with five top 10 teams losing, four of which were at home, OSU (15-8) is bound to rise significantly.

As of Thursday, the Cowboys were a No. 10 seed in the NCAA Tournament, according to EPSN’s Joe Lunardi. That will change. OSU hasn’t been selected to The Dance in two years, about a month after Thomas Dziagwa turned 17. That will likely change, too.

At Wednesday’s news conference, coach Brad Underwood said his team has been “dynamite” on the road this season. That’s true. They have now won five true road games which is tied with Kansas for most in the league.

Including neutral-site games, the Cowboys are 7-5 away from GIA and 8-3 at home, where they will return at 6 p.m. Wednesday against Baylor, currently the second-ranked team in the nation.