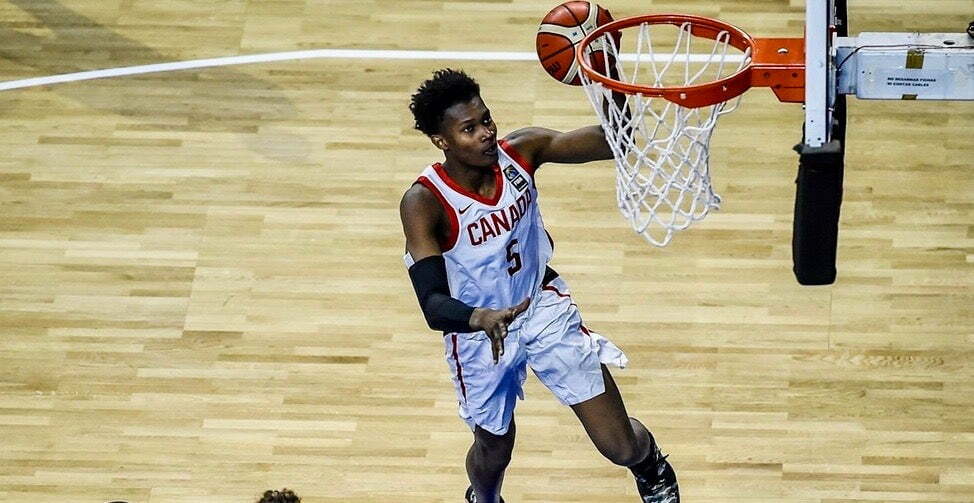 It appears that the Canada-to-Stillwater pipeline might bring in more than just football talent.

Oklahoma State has landed in the Top 3 for Matthew-Alexander Moncrieffe, a four-star forward from Orangeville Prep in Mono, Ontario, Canada. Moncrieffe tweeted out a top 3 of Oklahoma State, Seton Hall and Georgetown as well as a decision date of Feb. 21, next Friday.

Moncrieffe was in Stillwater on Jan. 27 when the Cowboys hosted Kansas. He visited Seton Hall in November and Georgetown earlier this month when the Hoyas hosted the Pirates on Feb. 5.

The Cowboys have the No. 17 recruiting class according to 247Sports currently. Adding Moncrieffe would move OSU’s 2020 class up to No. 9.

The 6-foot-7, 195-pound forward brings an enticing skill set to add to an already talent-rich class of Cade Cunningham, Rondel Walker and Montreal Pena. He’s a rangy athlete with a decent jumpshot and the makings of a good defender at the next level. More importantly, he’s got the ability to get to the rim and produce a highlight reel play at any minute.

Have a look for yourself.