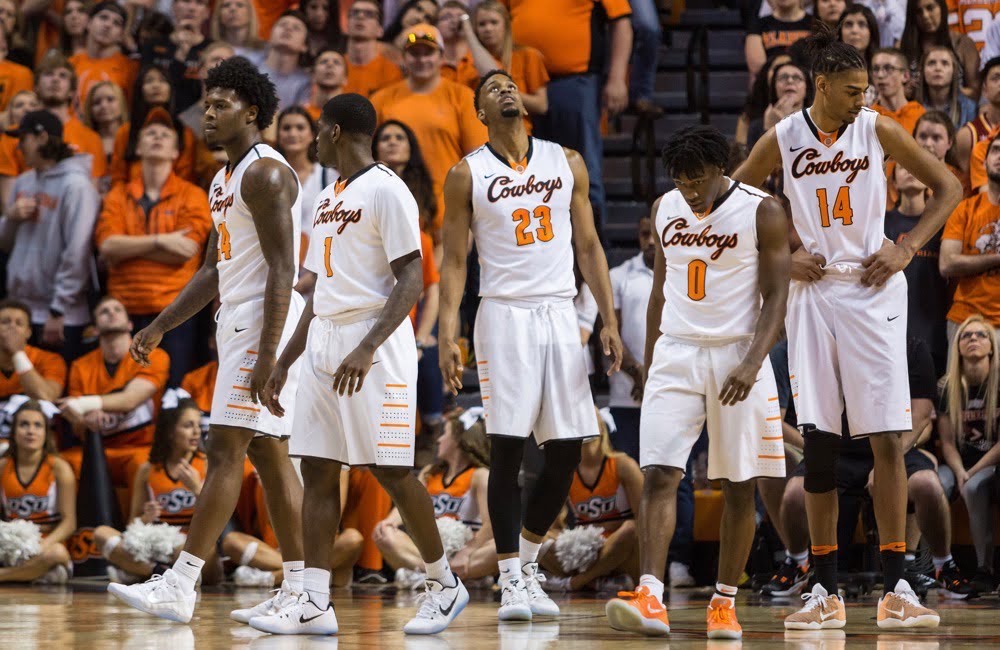 The Cowboys prepare to take on the Iowa State Cyclones Tuesday night in Hilton Coliseum for their final away game of the regular season. The Cowboys will try and avenge their 96-86 loss against the Cyclones in Gallagher Iba Arena in early January.

In the first meeting between the two teams, the Pokes frequently turned the ball over to the Cyclones, who used fast break layups and points off turnovers to end the night on 52 percent shooting.

“We gave them the ball in the first game,” Underwood said. “We had 16 turnovers that led to literally uncontested layups. So we’ve got to be better with our ball security and running offense, but they’re a team that traditionally puts a lot of pressure on you to be good offensively because they’re very good offensively.”

The Cowboys head into Tuesday with both a five-game and five-game away win streak. But the Cowboys have recently struggled against the Cyclones in Ames, and they haven’t won in Hilton Coliseum since Travis Ford’s second season in 2009-2010.

ISU is traditionally one of the better conference teams in home record, and this year is no different, as the Cyclones have a 14-4 home record this season and home wins over No. 25 Miami and No. 11 Baylor. But the Cowboys’ players aren’t fazed by the environment, and even take pride in playing the spoiler.

“I honestly love playing away,” said sophomore guard Davon Dillard. “I love going into someone else’s gym and beating them. It feels good, especially when you can get a road win in somewhere like Ames with a crowd just like that. And the team feeds off that so I feel like going on the road and beating a team in a gym like that shows how good our team is.”

Junior forward Mitchell Solomon expressed similar confidence headed into the Cowboys’ game against the Cyclones. “Iowa State is an incredible environment,” Solomon said. “Their fans are some of the best, so it’s gonna be a tough one. But I think if we come in and play our game, we can do our thing [and win].”

The Cowboys will try and earn win No. 21 Tuesday night at 8 p.m. The game will be broadcast following the Duke-Florida State contest on ESPN2.