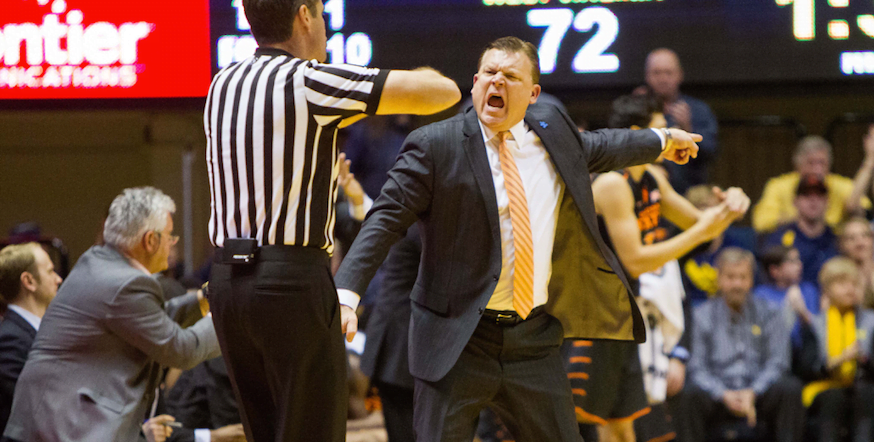 They looked like different players in less than a week.

Against the Sooners, OSU made only 33 percent of its shots. Then, five days later more than 1,000 miles away, the Cowboys shot 62 percent against then-No. 7 West Virginia.

Rebounding was a key to the success, Underwood said. And he’s right. The Cowboys notched 30 rebounds to West Virginia’s 16 — including eight offensive boards.

Between the two games, OSU out-rebounded the Sooners and Mountaineers 74-47. That’s absolutely astonishing, particularly away from Gallagher-Iba Arena after an 0-6 start to conference play. It’s an even more impressive statistic given 7-footer Lucas N’Guessan logged a total 9 minutes during that span.

“Starting to put pieces together, start getting wins, especially on the road, it’s great for us, especially this time of the season,” freshman Lindy Waters said.

Another key, particularly in the West Virginia win, was the Cowboys’ ability to fend off the waves of offense.

The Mountaineers went on a streak of 10 points, two bursts of seven and another of six. Yet OSU always had another bullet to fire, with two streaks of eight and two more of seven of their own.

“I thought we got off to a great start,” Underwood said. “When you play a team that presses like (coach Bob Huggins’), they have tremendous spurtability, so to speak, so we were able to withstand those spurts when they came.”

In Norman, of course, it took a miraculous sequence to win. And in Morgantown, the Cowboys made 62.5 percent of their shots, about 20 percent better than their season average and the best mark with Underwood as coach.

But, here we are. Oklahoma State has its longest win streak of the season at five, and another chance to validate itself on Wednesday with a showdown against No. 6 Baylor looms.

“I’m really proud of the ways we won,” Underwood said. “We made plays to win games. We found ways to hustle. … We weren’t perfect, but, again, to beat a top-10 team on the road in their place was very special.”