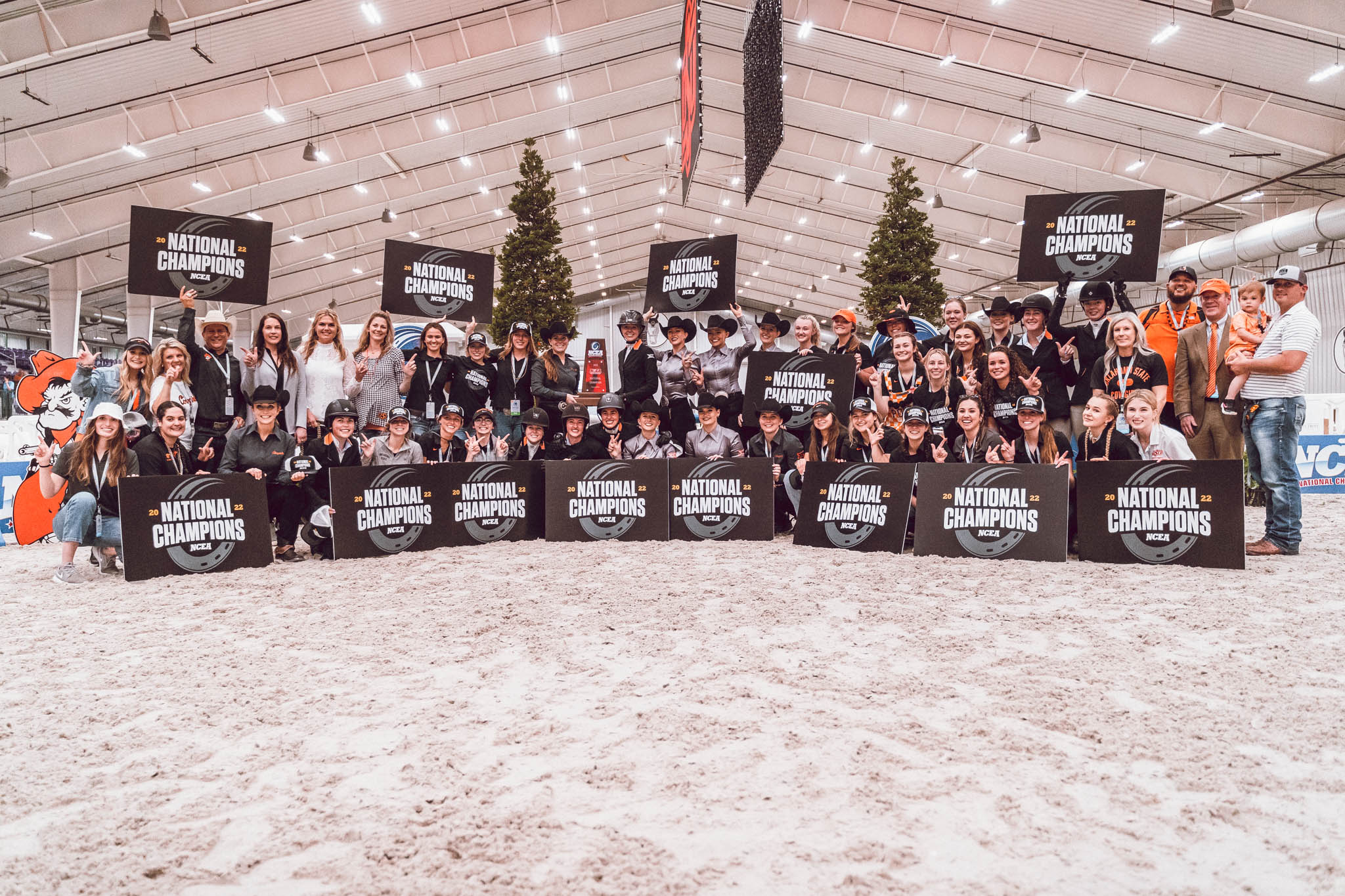 It should come as no surprise that the Cowgirls are good at riding horses.

The Oklahoma State equestrian team defeated Texas A&M 11-9 on Saturday in Ocala, Florida to secure an NCEA national championship, the first in the program’s history. The Cowgirls entered the national tournament as the top team in the country after besting two No. 1 teams in the regular season.

“Honestly, I could not be more proud of this group of girls,” OSU coach Larry Sanchez said. “They left everything on the line, trusted the process and did more than we ever expected them to do. They deserve every bit of this.”

OSU ended the season 15-2, setting a program record for wins in a season. It’s Sanchez’s 23rd season with the program.

OSU ended the season on a seven-meet win streak, with six of those contests coming against ranked foes.