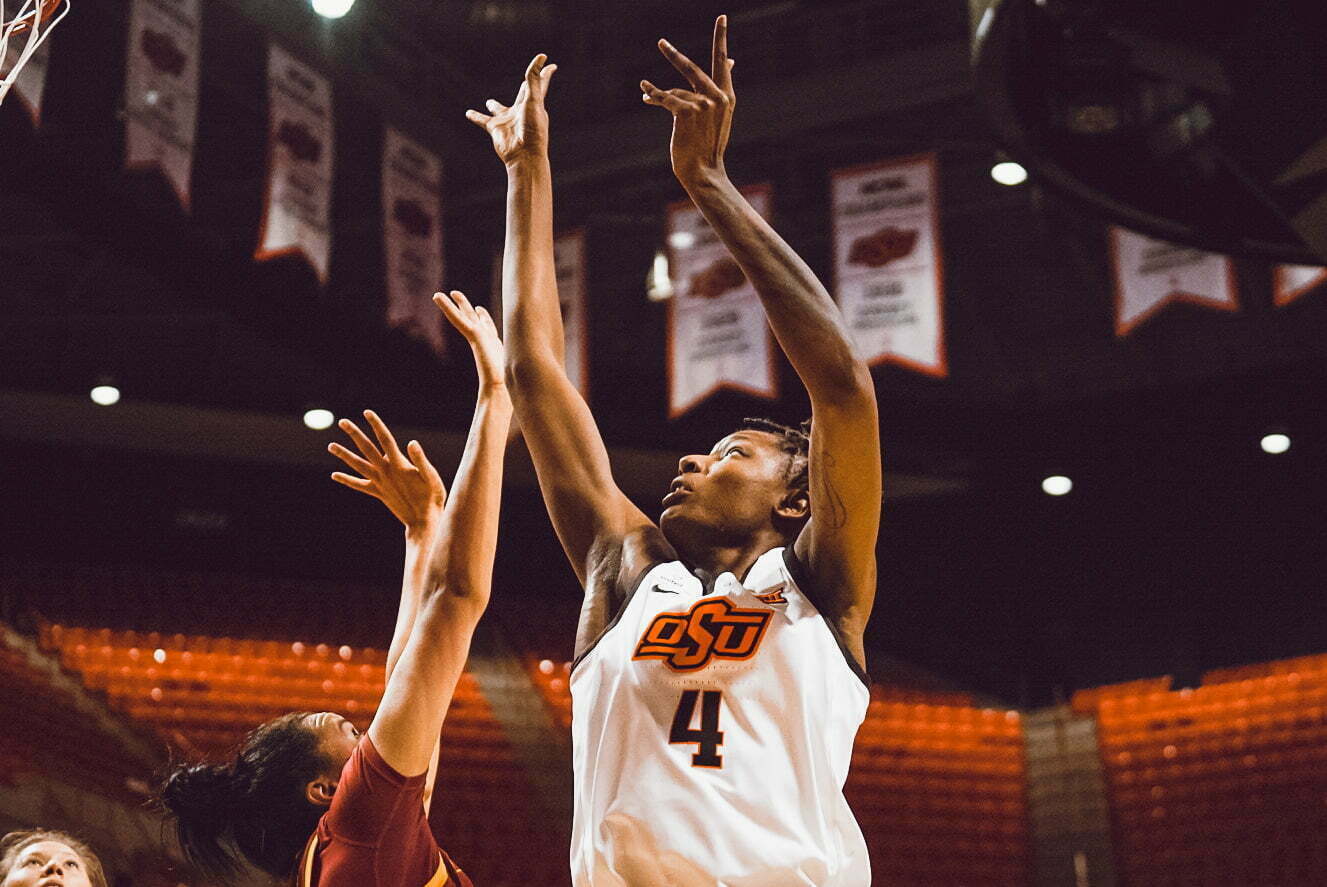 Natasha Mack poured in 27 points in her NCAA Tournament debut, leading the eighth-seeded Cowgirls past the ninth-Demon Deacons 84-61.

Just seconds into the second quarter, freshman guard Neferatali Notoa dialed up a long ball to break the 15-15 tie, and the Cowgirls never looked back. That 3 spurned a 9-0 run that was capped by Mack’s 1,000 point as a Cowgirl.

OSU built a 10-point by the midway point of the second, and Wake Forest only cut it to single digits once after that. The Cowgirls took a 42-29 lead into the half. And then it got ugly.

The Cowgirls’ deep shots were falling in the middle rounds.

OSU was 1-for-5 from 3 in the first quarter and 0-for-3 in the fourth (it was over by then). In the second and third periods, the Cowgirls went a combined 7-of-13 from beyond the arc, and that’s when they piled on the Deacons. The rout was on.

Mack’s 27 points represented her 13th 20-plus point outing this season, and her made jumper to cap that 9-0 run in the second pushed her to the 1,000-point mark for her OSU career (in just two seasons). She heads to the next round with a Cowgirl total of 1,017.

Mack also cleaned up the glass, gobbling up 15 rebounds and the nation’s leading shot-blocker reached her average with four rejections.

The lightning to Mack’s thunder, Ja’Mee Asberry added 18 points of her own, including four made 3-pointers. Asberry also chipped in six rebounds, three assists and two steals.

This is Oklahoma State’s first NCAA appearance since 2017-18 when they lost in the second round to Mississippi State. Winning the (normally) precarious 8/9 matchup pushes Oklahoma State to 9-4 all-times as the higher seed in the NCAA Tournament.

The Cowgirls move on to the second round of the Alamo Region, where they’ll await the winner between 1 seed Stanford and 16 seed Utah Valley.