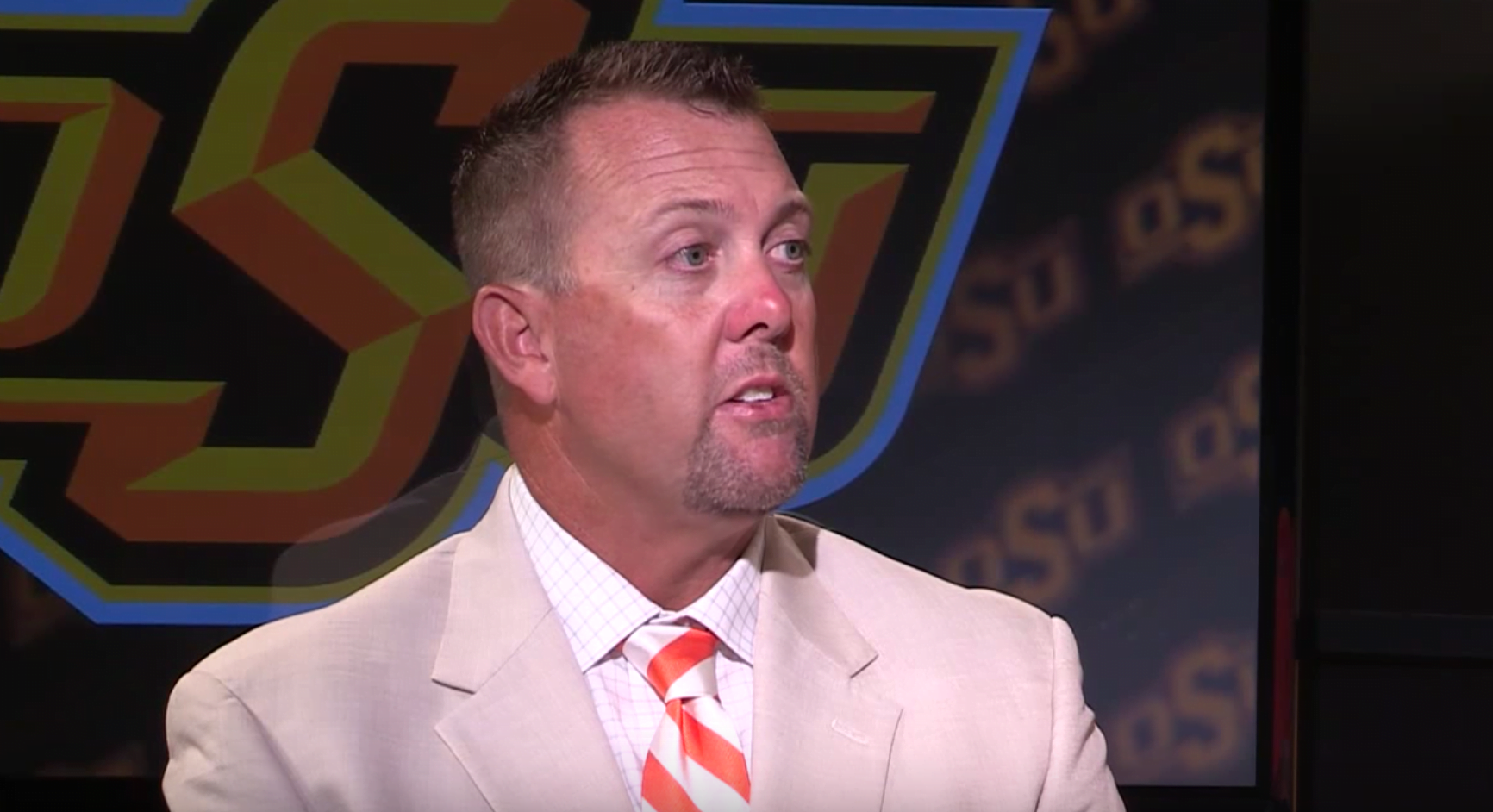 Kenny Gajewski’s life has changed dramatically in the past year and a half.

In early June 2015, he was an assistant coach at the University of Florida. He was about an hour away from the place he would be named coach at two weeks later. Gajewski and the Gators were in Oklahoma City winning the 2015 Women’s College World Series. It was their second straight.

Gajewski was a relatively high-profile hire for a program that had fallen from grace after earning a spot in the CWS in 2011. When Rich Wieligman and his coaching staff was fired, more than a couple of individuals left. An entire culture needed replacement.

Martin pulled the phone list, and Gajewski had it printed. One by one, he went down the line, calling every player on the returning roster.

“Hey, I know that you didn’t choose me, but I chose you,” Gajewski said.

Life was different for Gajewski, and Year 1 was a struggle at times, but now in year No. 2, he said he feels the culture around the locker room is his own.

His place in history

After the final phone call, Gajewski tore down the murals.

Wieligman’s final tattoos to go from the program were the writing on the locker room walls. When Gajewski got into the clubhouse, it was the first thing he wanted changed, he said.

Wieligman had some history on the walls, but not as much as Gajewski liked. OSU has been to seven College World Series tournaments. There have been nine conference titles, 30 All-American performances and eight Olympic appearances by Cowgirl softball players.

“It wasn’t up there when I got here.”

Gajewski said it’s important for his players to know the history, to embrace it and to understand that players such as Michele Smith and Melanie Roche built their program.

“You’re lucky that you have this,” Gajewski said he told his team. “Now we’re gonna make the most of this, and we’re gonna leave this place better than they found it.”

Gajewski is the seventh coach in program history and probably the first to have his children running around the clubhouse. His son, Preston, and daughter, Logan, are frequently around the team and sprinting through the halls.

But there was a time when that wouldn’t have been possible, Gajewski said.

When Gajewski brought her to the front before his team, she explained there was no Cowgirl Stadium when she coached in Stillwater.

“They had no field,” Gajewski said. “They were practicing and playing over at Couch Park.”

Fischer coached Lauren Bay, a former All-American and Olympian, who is still featured prominently throughout the Cowgirl record book. When Bay came on her recruiting visit in the early 2000s, Fischer told her, unlike the treatment she had received everywhere else, there would be no red carpet.

“Man, just felt like home,” Bay said at the banquet.

Gajewski said there is a lot more to admire now in OSU softball, but the mentality hasn’t changed.

The Perils of Year 1

He wasn’t ready, but he had to be.

It was time for practice, but Gajewski still had things he needed to get done.

In his first year, Gajewski said he wasn’t too good at managing his staff. He came in with a “control freak” mentality. He wanted to do everything, but there wasn’t enough time. As the season wore on, he realized he had to start delegating duties.

Managing a staff was the hardest thing he had to do all year, he said, especially when he met conflict.

Midway through the season, pitching coach Charlotte Morgan had to take about 30 days off for health concerns. Gajewski panicked because she was the only one who threw batting practice, so he forced himself into that role, too, he said.

It all became too much. He brought in his director of operations, Jeff Cottrill, to throw while Gajewski watched and coached.

It’s still difficult to not take command of everything going on around practice and the locker room, Gajewski said. It’s what makes him great at times and bad at times, he said.

“I need to let things go,” he said. “I need to give responsibility to them, so I’m really better at that.”

Gajewski didn’t feel completely comfortable until the Cowgirls’ final few games last year, he said. Until then, he felt as if he was trying to put gas in the car, check the tires and change the oil.

“But those last five games, I felt like it was first time that I got to just drive,” he said. “I just drove.”

When athletic director Mike Holder announced Gajewski’s hiring, he didn’t hire only a coach. He brought a family to Stillwater, and Gajewski said, with more hours spent away from home, he is learning to manage life at home better, too, through 18 months.

In his first year and a half, took his team to the NCAA Tournament, posted the program’s best record since 2011 and wrestled coach and legend John Smith. There were tough times on and off the field, but it’s always about family, he said, and things are starting to slow.

“I think we’ve shown that this is home,” Gajewski said. “This is where we wanna be for a long time. This is our job. We love this school. We love this town, and we’re just learning how Oklahoma State, as a family, works and how the dynamic works, so I think we’ve really grown.”

Every first phone call was different. Every conversation was unique.

Although Gajewski was coming off two straight national championships and the Cowgirls were coming off a letdown season, they didn’t talk about the past, he said.

For Madi Sue Montgomery, it was about fun.

“I’m ready to see what we can do and become here and change things, make it more of a positive outlook and just have a lot of fun,” Gajewski told her.

Montogmery said everything he said was positive, and she hadn’t even played a game for the Cowgirls yet.

“I obviously wasn’t here before he got here, but I just felt that as soon as I got here,” Montgomery said.

Vanessa Shippy and Maddi Holcomb were in uniform before Gajewski was hired, and Shippy said so much is different between the two cultures. She said she can sense her coach is much more settled this year.

“He’s put a lot of stuff up around the field just to make people aware of the history,” Shippy said. “That has nothing to do with who came before him. It’s just really what he wants the culture to be like, so he’s done a really good job of turning the culture into exactly what he wants, and all of us have jumped on board.”

Holcomb said Gajewski takes care of them, gives them top of the line equipment and makes sure they are taken care of during the holidays. She said the first thing he asked her was how he could help make her experience better, which resonated.

“I was here in the past, and nothing against that coaching staff but we were excited for new things happening,” Holcomb said. “When I got the phone call, it just like, ‘OK, this is a whole new slate with everyone.’ You could just hear it in his voice that he was so excited to be here. He was ready to make things happen and for changes.”

Like Montgomery, Taylor Lynch hadn’t played in an OSU uniform either. She said her phone conversation with Gajewski was extremely powerful. Gajewski said trust was the only thing he was after. He knew he wouldn’t have it right away, he said. He didn’t earn their letter of intent. He was a stranger, and for the female student-athlete, trust was paramount, he said.

Lynch said his positivity was the first thing she picked up on. He talked about building the program back up from its 21-31 record and 3-12 Big 12 mark from the season before (they went 32-26 and 6-11 in Year 1 of the Gajewski era).

“This is gonna be the hardest thing you’ve ever done, but you’ll look back on it and say that was the best year you’ve ever had,” Gajewski told her. “I know I’m gonna have to gain your trust.”

“But on that phone call, he already had my trust,” Lynch said.