The crystal ball will be on display in Stillwater on Saturday. Gulp. (NewsOK)

Boone Pickens spitting absolute jewels here. Although it’s kind of ironic that he doesn’t want West Virginia in the conference because their campus is in the middle of nowhere… (NewsOK)

Anthony Slater and I exchange emails about what the Missouri game meant, whether Baylor has a shot, and why all the haterz. (O’Colly)

The consensus on West Virginia vs. Louisville? Nobody knows. (ESPN)

Theater of the absurd is right. (USA Today)

Here’s the CFB Live crew discussing whether or not OSU can run the table. (ESPN)

Sam Bryant on what to expect from RG3. (CRFF)

This just in: Chris Fowler is tight. And I love this line from him, “I don’t expect fans to be rational and logical.” (The Wichita Eagle)

This is why it’s good to have Brandon Weeden at the helm. (Tulsa World)

Serious question I was thinking about yesterday…why is Darrell Williams still on the OSU basketball team?

So you’re telling me Texas Tech hasn’t been involved in the highest over/under in the last 5 years? How is this possible?

Great find here courtesty of @emnickell in the new ESPN the Magazine. The question was: “How much caffeine do athletes in your sport drink?” 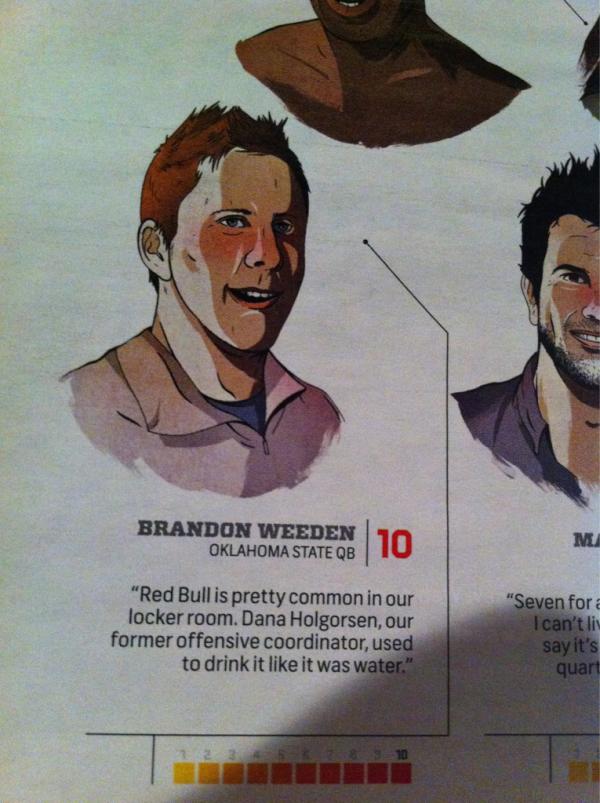