Maybe the best column Jenni Carlson has ever written. (NewsOK)

Great recap of Big 12 Media Day 1 by Ubben here. Gundy gets a nod as best dressed. I’m not a fan of the pinstripe suit. Also, Baylor players/coaches aren’t shying away from the camera. (ESPN)

Some quality tidbits from media day yesterday here by Jenni Carlson. If Weeden and Blackmon aren’t the most animated/honest QB/WR duo in the country then I don’t know who is. (NewsOK)

Well I guess ONE person is taking the under on 8.5 wins. (The Big Lead)

Ubben chats with Justin Blackmon and Brandon Weeden about the upcoming year. Both are solid.

You kind of have to like Robert Griffin. (Yahoo)

Cowboys are running away with the Rivals Cup. (Rivals Cup)

In case you missed the OSU portion of the “This is how we…” Big 12 marketing campaign, here it is: 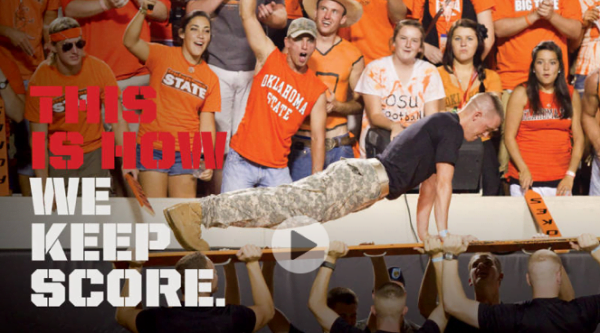