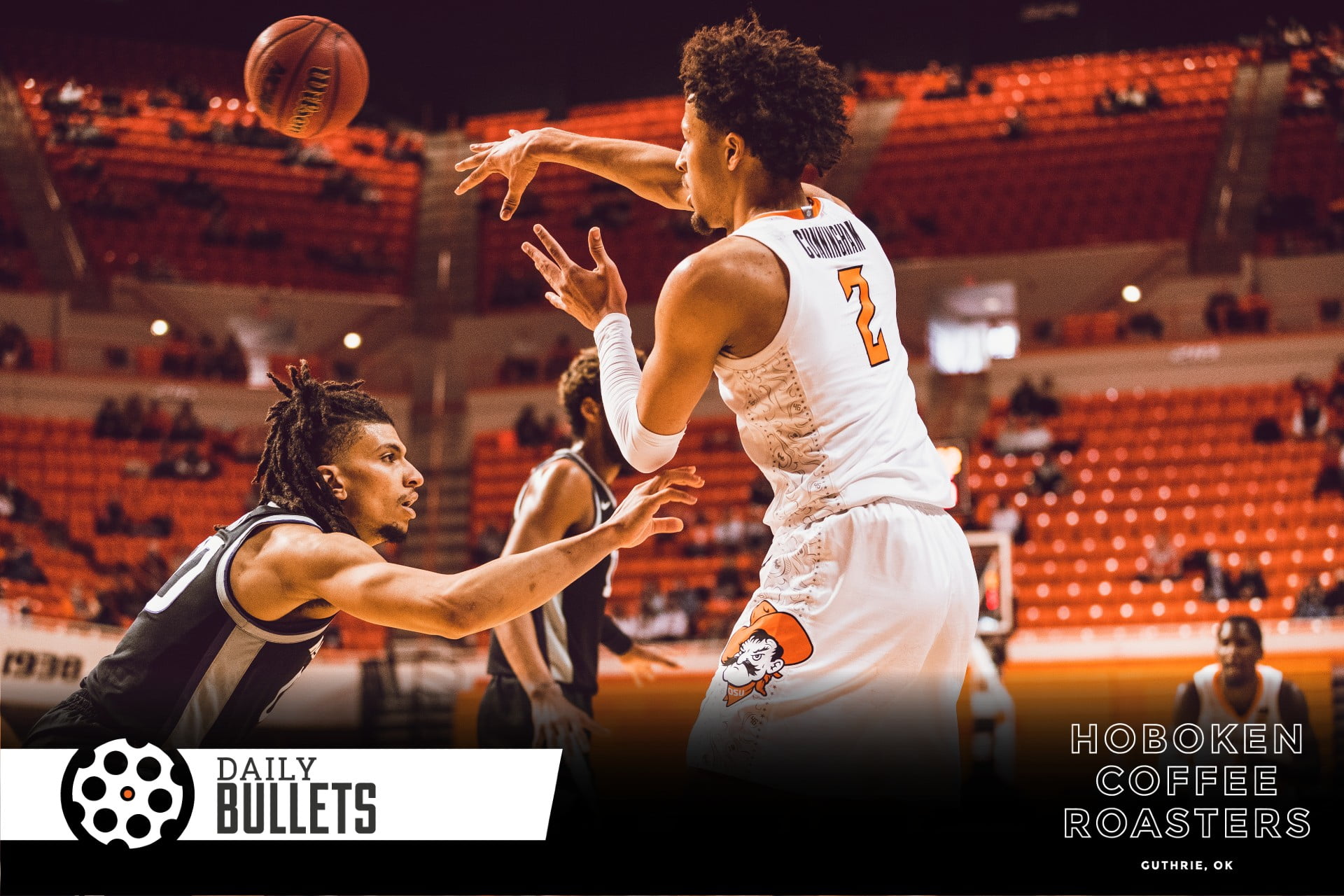 • How OSU’s depth is impacted by the extra year of eligibility in football will be worth watching.

“…I (Mike Gundy) might have mentioned this last week, but on most springs, we have between 85 and 90 players. Right now I think we have 112 out there based on so many early enrollees, transfers and then the super seniors.”

Gundy went on to mention that in his 35 years of spring practices he’s never seen a team with such capable third units across the board – which makes sense.

• OSU’s offense has been loaded with running backs and wide receivers for years – it’s death, taxes, and OSU skill positions.

(Mike) Gundy does a great job reloading the offensive skill positions annually. The Pokes always have a dude at wide receiver and/or running back — often at the same time.

• Brennan Presley is taking on a leadership role in year two – he’s essentially the next Dillon Stoner: multi-purpose, Tulsa area, early impact, will feel like he’s in college for a thousand years.

• NFL.com wrote a piece on Chuba Hubbard and how he came from Canada

• Mike Gundy’s up for a spring game against a Power Five rival:

• Helpful faith-based take on parenting – many approaches, one guiding principle
• Good news dads, the “dad bod” is the desired look of our day

How much have you changed in the past 12 months? What new habits, practices and routines have you embraced in the last 6 months? What actions are you taking today to become smarter than you were this time last year?