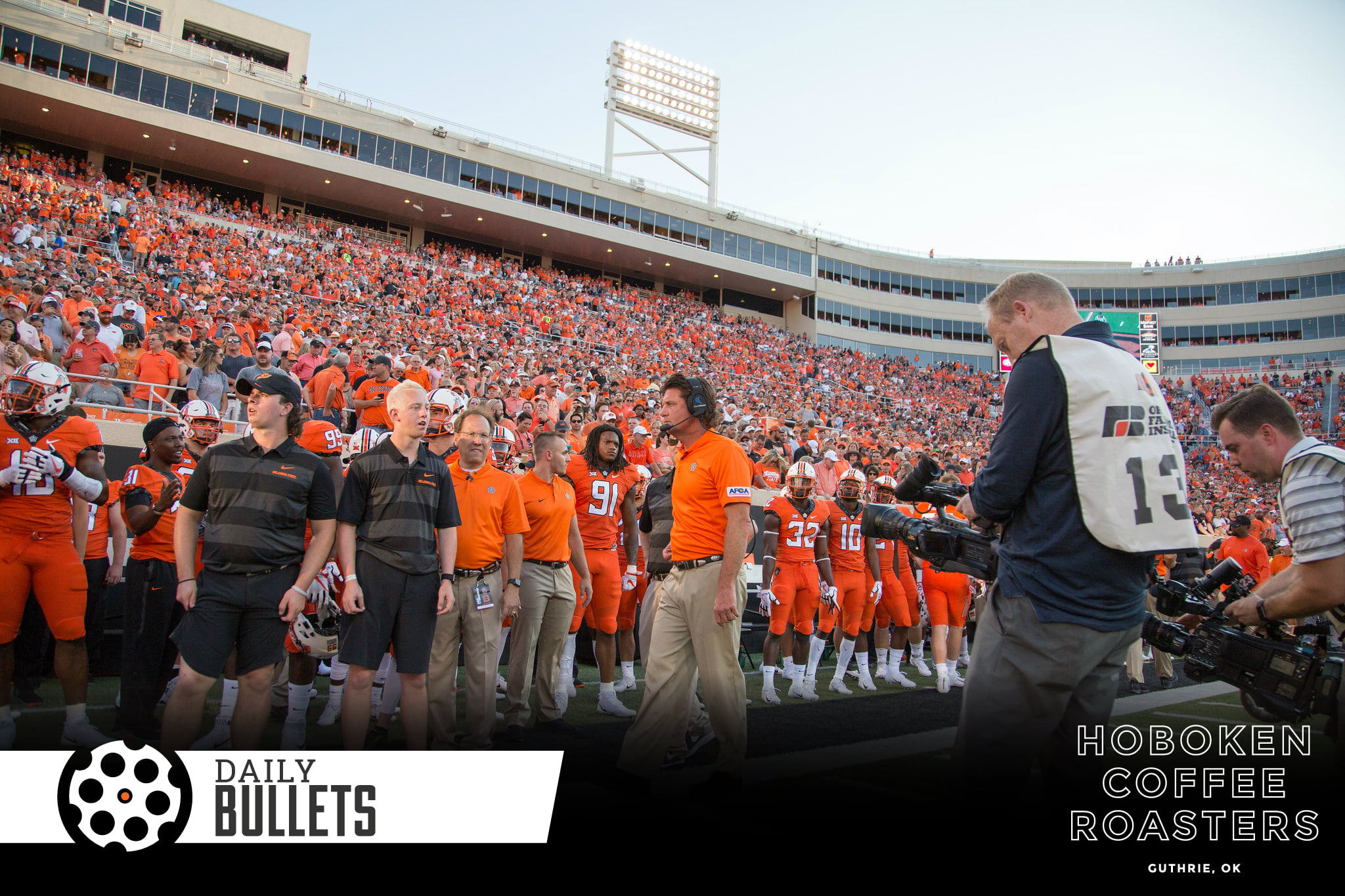 Count me in for this version of the Western Conference NBA playoffs.

• How close is OSU Football to making a run for a national championship?

Oklahoma State hasn’t had a season like (2011) since. Yet, they’re always hovering around the picture. The Cowboys ranked in the AP top 10 in four of the last six seasons, and Mike Gundy has a way of developing/evaluating that allows him to squeeze the most out of a program that doesn’t recruit like the other powers of the Big 12 (Oklahoma, Texas).

Oklahoma State will have a Top 25-level team again next season, and Spencer Sanders will give that team a different, dynamic element at quarterback. Don’t be surprised if the Cowboys make another 2011-like run at some point in the next few years. Maybe this time the unfathomable (a loss in Ames) won’t happen. [247 Sports]

It’s hard to imagine the stars aligning again like 2011 but the idea that they’re generally in the neighborhood of the top teams when you look at their performance isn’t crazy either.

• In a league full of spread offenses, how does the Cowboy Football offense vary from its peers?

They’re dabbling more with straight 11 personnel now and power run game concepts rather than the zone-based stuff that most everyone else leans on. They have an Air Raid-based passing attack but they lean more into the play-action then Holgo or Kingsbury did and more into Spread-I formations and pocket passers than TCU. [Concerning Sports]

If that sounded like a jumbly mess – I interpret as OSU is more insistent on overpowering you in the run game with tight ends and fullbacks than just taking what you give them with four wide receivers. As a result of this tendency, they want to draw you in more with play action then just leaning on the short passing routes of the traditional Air Raid.

• It only took one-run for the Pokes to win in Wichita last night.

After four scoreless innings, Noah Sifrit made the difference.

Sifrit gave the Oklahoma State baseball team its RBI hit in a 1-0 nonconference road victory against Wichita State on Wednesday night. His fifth-inning single through the left side allowed Cade Cabbiness to score. [O’Colly]

• ESPN’s Joe Lunardi has the Pokes out in his first draft projecting the 2020 Big Dance.

• Pretty slow moving process but it appears Kerr-Drummond will be torn down and turned into a parking garage (over time).

• Five Pokes who will compete at Augusta National.

• Finished the second Lord of the Rings book – as good as the movies if you enjoyed them.