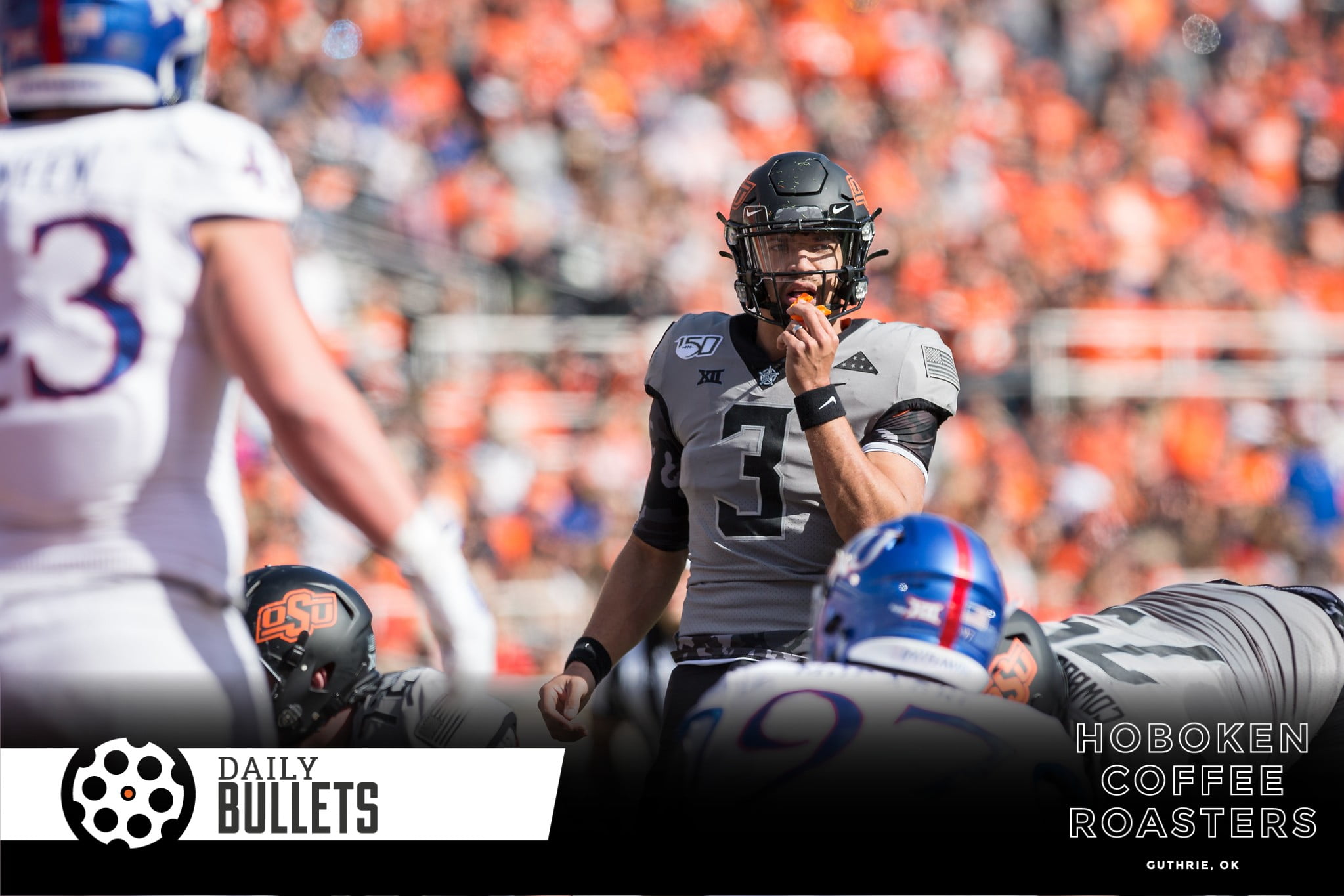 • Cowboy running back LD Brown explains why he decided to return and finish up his eligibility – personal note: I would too ha

“Unfinished business, that was really the thing and my mindset to come back,” Brown said after practice on Tuesday. “I missed three games last year and to me, that was just like I left some stuff out there. It literally came down to the last minute on my decision on coming back as well. It was just like, why not? To build an opportunity to get where you want to be and then you’re around people you like and love, so it’s just like why not. It’s college.”

• Cowboy Wrestling added a new recruit from Wisconsin this week

• Like this update – college football changed their overtime rules:

• Nordic Cowboys are out front on this two-man PGA event

I think this quote on focus is definitely true:

“The Paradox of Focus:
Make the most of one opportunity and more opportunities will come your way.
Moving boldly in one direction causes more paths to unfold before you.
To get more, focus on less.”