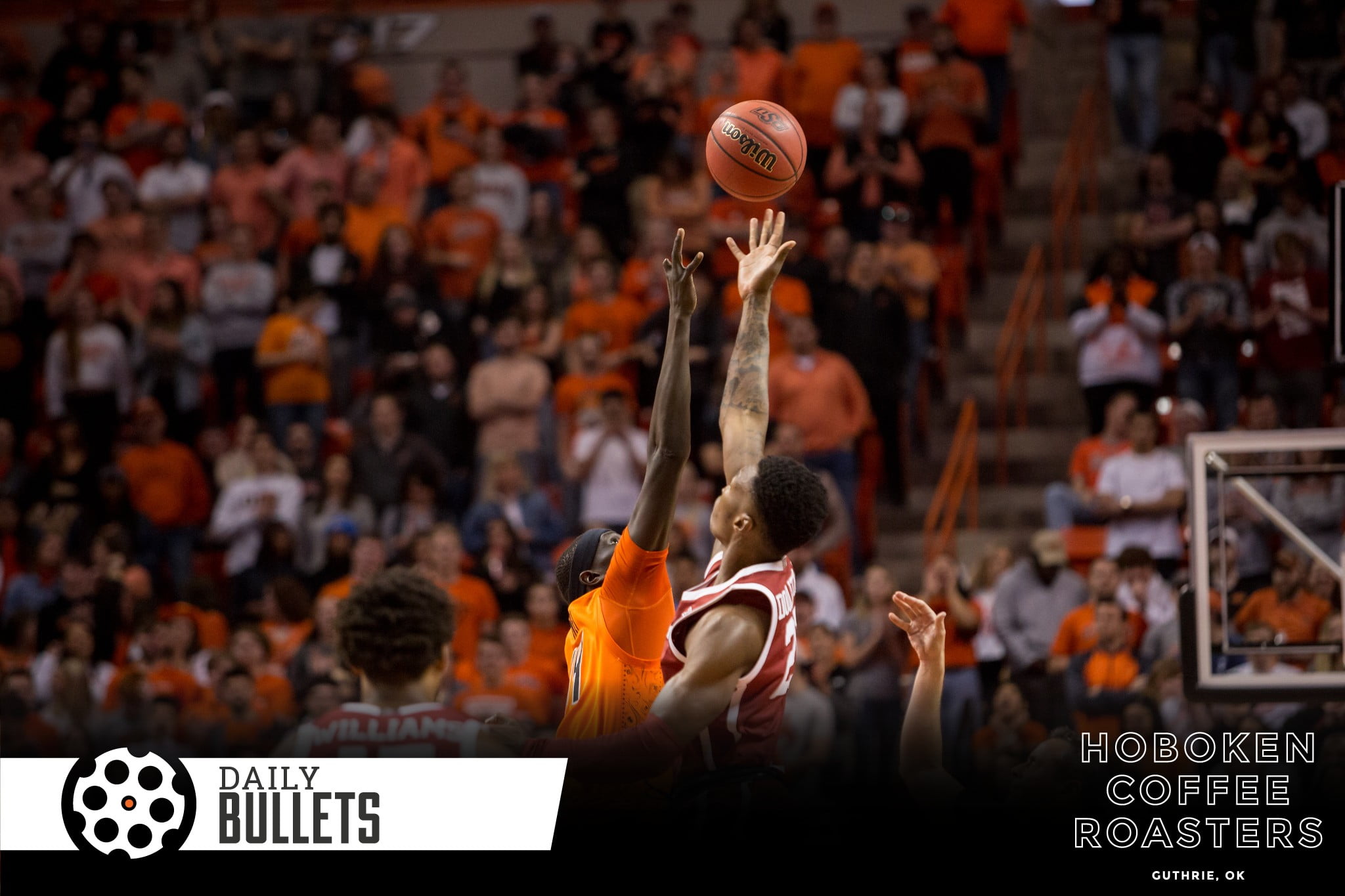 • Cowboy alum Bill Self has been signed to a lifetime contract at the University of Kansas – much like the contract signed by Mike Gundy. This says KU is committed to riding out whatever penalties come from their recent NCAA scandal.

• Kyle Boone did a terrific job outlining why Cade Cunningham is likely to be the No. 1 pick in the NBA Draft

• Mike Boynton is after a 5’10 sophmore guard out of the ACC – Jalen Cone of Virginia Tech.

A North Carolina native, Cone averaged 9.2 points in 19.9 minutes this season after averaging 8.0 points in 18.4 minutes as a freshman. He shot 45.7% from 3 last season, and 101 of his 125 made shots during his two seasons with the Hokies were from behind the 3-point line.

• It would be thrilling for the Kansas City Chiefs to add Teven Jenkins at the end of the first round – and how special for him growing up in Topeka, Kansas.

For a team that has played in the last two Super Bowls, it feels odd to think that they must hit on some good players in the upcoming draft. But with how shaky their current offensive line situation is, that’s where we are.

There should be quite a few tackles the Chiefs can take when they come to the podium. We went with Jenkins, who is a bully with nimble feet. He has improved every year in college to become the dominant player we saw earn a 92.0 PFF grade in 2020. He’s allowed two sacks in the last three years.

• At this point, I’m impressed more by how many awards there are for Cade Cunningham to win

• How would you rate the Cade Cunningham-experience? Would you say he impacted the game toward winning more or less than Marcus Smart did?

• No. 1 Three Thoughts on the Mike Boynton Extension

• No. 3 AJ Ferrari throws out the first pitch

Quotes like this are why I have this job – this take on the Boston Celtics’ current mediocrity rings true for sports fans everywhere: