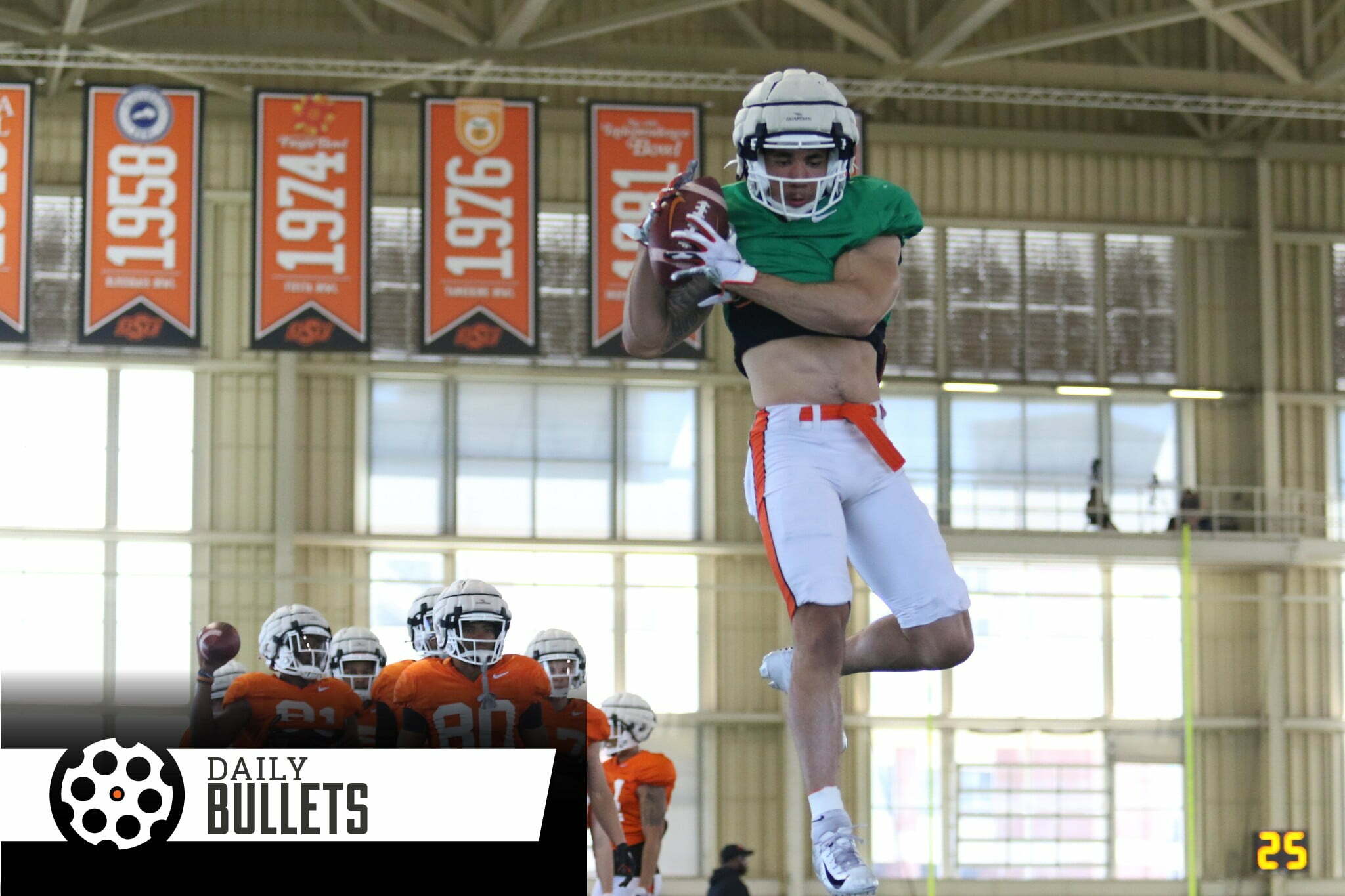 • Berry Tramel reported on how Cale Gundy (OU assistant) called his brother, Mike Gundy, about an opening in Stillwater after expressing concern about retention after Lincoln Riley left

• This description of Viktor Hovland and why you should pull for him in the Masters at 20-1 odds is terrific:

(Hovland) comes across in person the same way he comes across on television, which is to say that he’s somebody who genuinely cannot believe he gets paid millions of dollars to play a game on the nicest golf courses in the world. He somehow embodies the goofiness of a teen, the humility of a veteran and the talent of a multi-time major winner. He’ll shine if he’s in the mix late.

• Spencer Sanders appears to be the best option far and away for Oklahoma State this fall – but being optimistic about his development with takes like this after his third year starting shouldn’t really breed optimism.

On three occasions, he went back-to-back games without a turnover, something he had never done previously in his career.

• No football practice in Stillwater yesterday due to a flu outbreak:

• Start the Cowboy, bench the Jayhawk, cut the Sooner ?