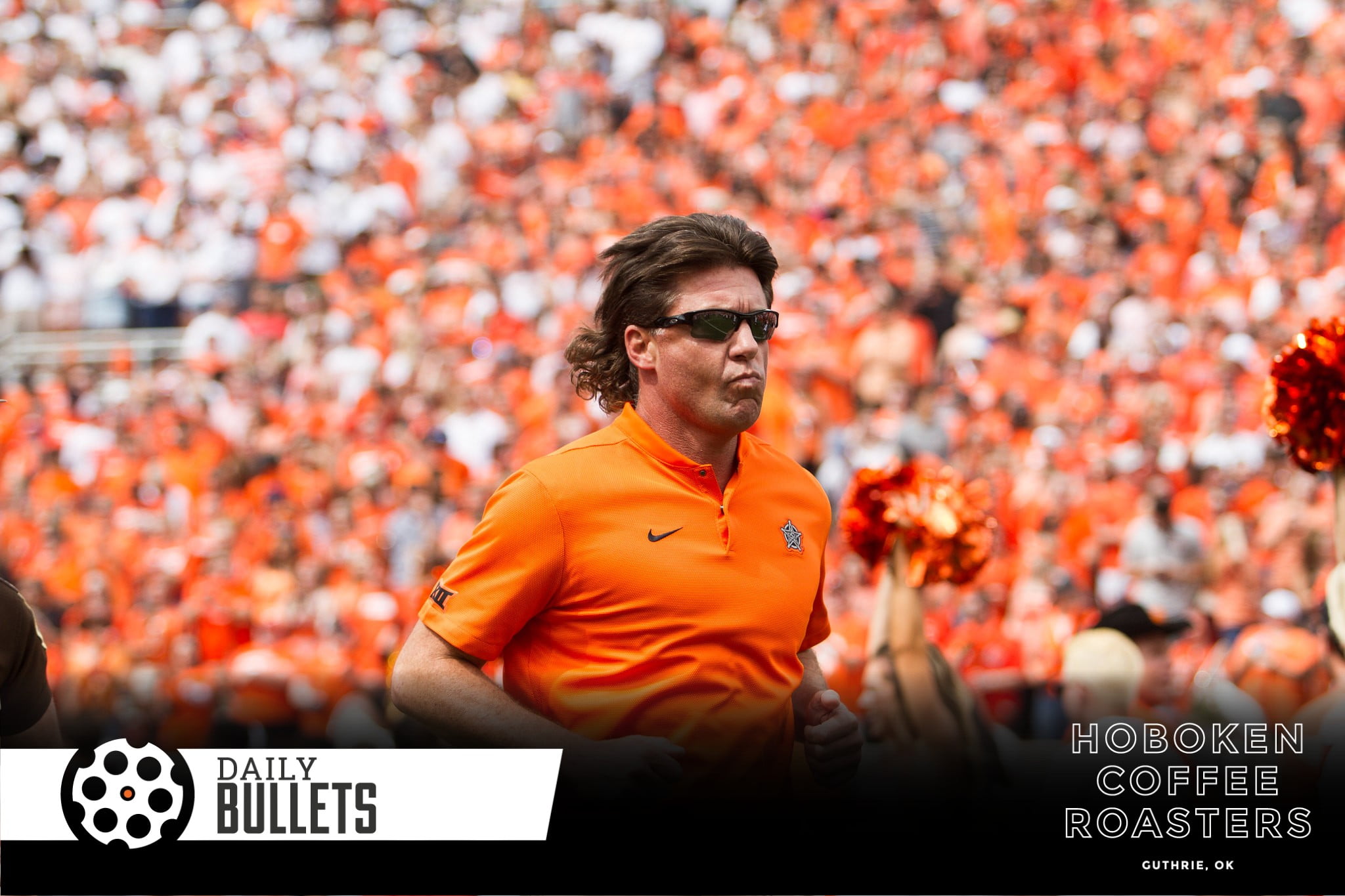 • Matthew Wolff finished T4 at the PGA Championship yesterday and took home a cool $404K – an amazing feat for a rookie.

The only bad part? Reading every graphic about how another rookie did just a bit better and stole the spotlight.

P.S.: Hovland made the cut and finished T33

• Disclaimer: I want everyone to be healthy. Now, here’s why it would really stink for OSU to miss this football season.

“If not now, when? The Cowboys return a ton of stars and could pick off Texas when the Longhorns come to Stillwater on short rest to end the year… The Cowboys are just 8-10 in the Big 12 over the last two seasons, so there is some pressure on this group to get OSU back to the winning ways it had from 2010-17.” [GoPokes]

• Starting today, you can choose the All-Decade team for Cowboy Basketball on Twitter – only bummer is you can’t pick James Anderson because it starts with 2010-2011 team

• Power Five commissioners have been meeting daily to talk about the viability of the season, no decision made yet.

• Ranking of OSU football season’s I’d rather have canceled for COVID:

• Not the most beneficial thing you’ll read today but in Japan, you can hire someone to cheat on your spouse and validate your divorce claim

Things that reduce the odds of long-term success:

+ Saying yes to too many things.
+ Making excuses.
+ Staying up late.
+ Eating poorly.
+ Checking email first thing in the AM.
+ Working more to fix being busy.
+ Buying things you don't have the money for.

What am I missing?