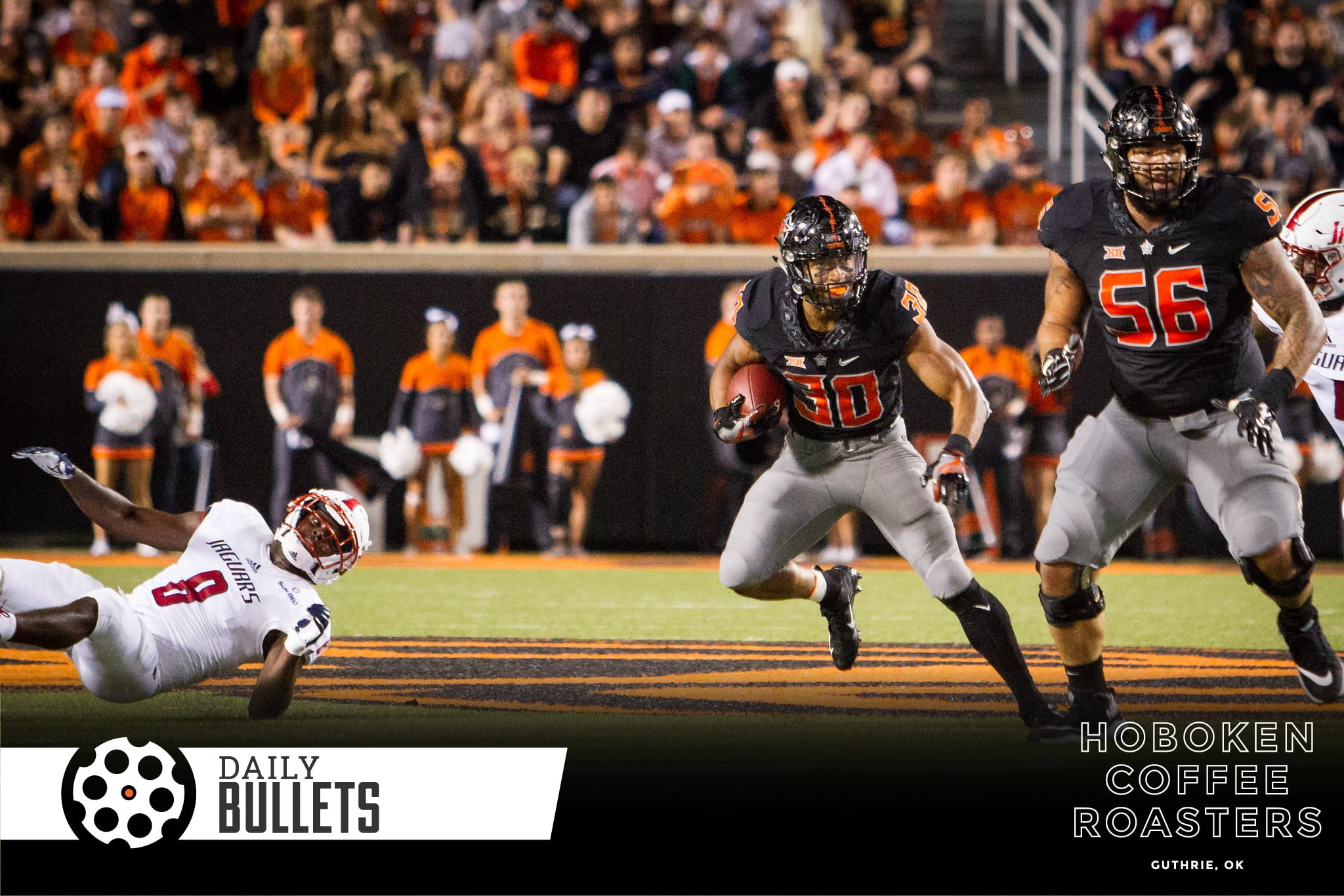 • The OSU Cowboys and the Big 12 as a whole are reportedly set to play football this fall.

After a meeting Tuesday evening, Big 12 presidents have decided to allow the conference to move forward toward a season with a revised schedule, according to SoonerScoop’s Eddie Radosevich and Carey Murdock.

The revised schedule has already been prepared, according to Yahoo’s Pete Thamel, and it will be released soon. [PFB]

• While Cade Cunningham will only (likely) be at OSU for a year, his impact in getting guys like Rondel Walker (enjoy this analysis of his game) on campus for a few years is great

• Here are two dynamics in play in even a hypothetical Nebraska-to-2020 Big 12 for football only:

…(R)emember, this is 2020. Everything is on the table, including a spring football season. Everything except perhaps allowing Nebraska to contend for a conference championship.

This isn’t Notre Dame and the ACC. There is no working relationship. There is bitter history. The Cornhuskers left the Big 12 in a huff a decade ago, and the Big 12 scrambled to survive. Survive it did, and today the Big 12 has a better status than does Nebraska. Living well is the best revenge. [NewsOK]

So everything’s on the table but decisions aren’t made inside a vacuum. Also, here’s another option that’d likely be in play if the TV networks sweetened the pot for Big 12 schools to add another Power Five game.

• A Cowboy offensive lineman is headed out of town, entered the transfer portal

For anybody who’s been away from their family, seeing them unexpectedly would be a win:

I’m not crying… you are

We surprised the team with starting lineups announced by their families at home 💜🧡 pic.twitter.com/xjtwYS7RN1