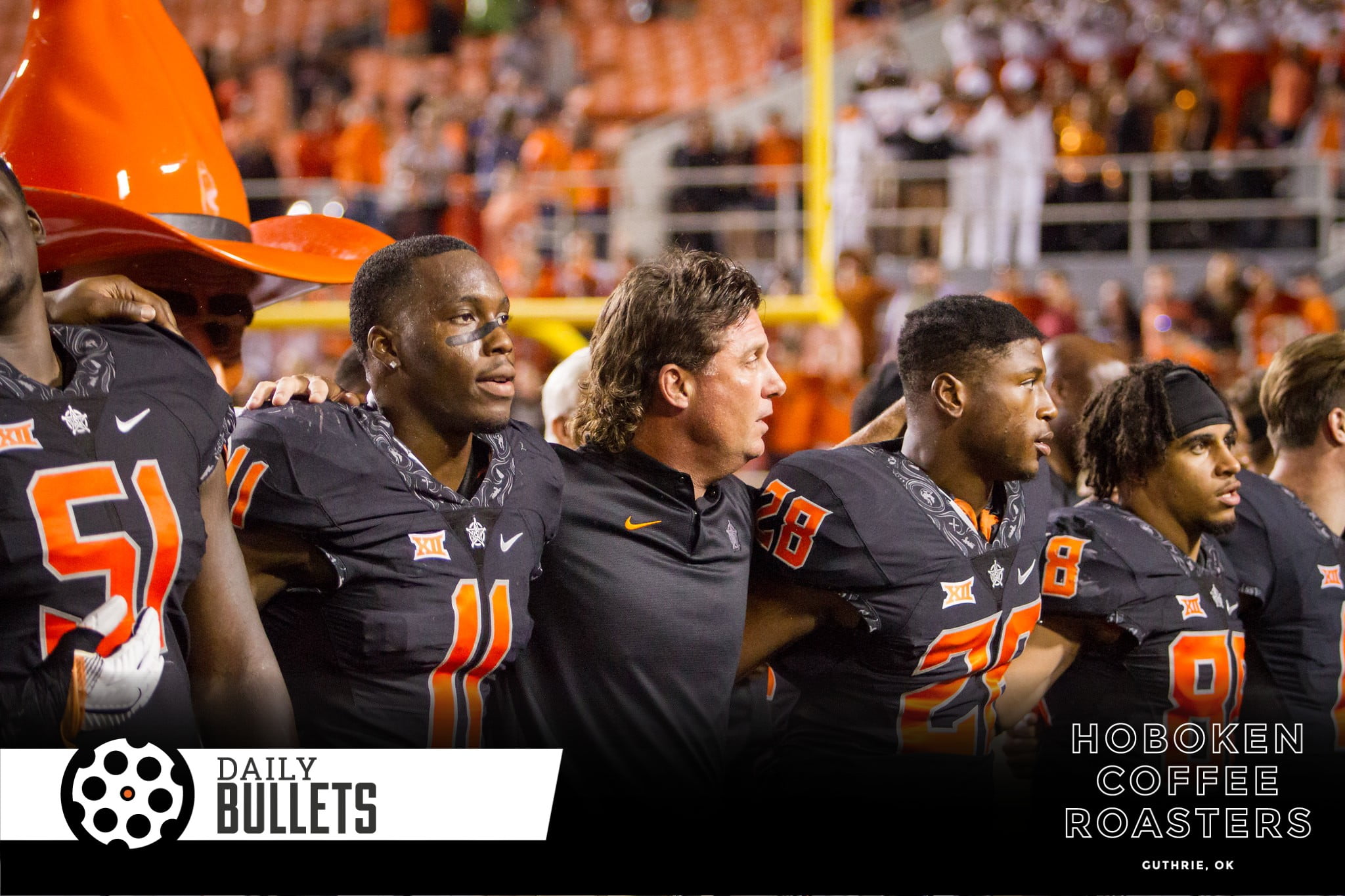 • Mike Gundy talked with ESPN about his courtship with Tennessee and what’s kept him around Stillwater all these years.

“No, I wouldn’t have thought I would still be here, but I do now,” Gundy told ESPN. “This is who I am. This is what I am. This is where I belong. This is me. There’s no reason for me to go anywhere else.”

Gundy, entering his 15th season as Oklahoma State’s head coach, was heavily courted by Tennessee prior to the 2018 season and admits it was the closest he’s come to leaving the program. [ESPN]

Of the three times Gundy talked to Tennessee (details highlighted in the article), I’m not sure why 2018 was the time he almost left. When UT called after the 2012 season, that’s when it probably made the most sense – what else could you accomplish at OSU after 2011?

Either way, Gundy’s long stay in Stillwater is a combination of a coach that understands where he can maximize who he is and his comfort and stability as well as a school and an athletic department showing uncharacteristic patience with a coach in this day and age.

• OSU announced adding another football opponent as the schedule moves into the 2030s.

Like I said, this series makes so much sense that you wonder why it’s been on hold since 1980. Fayetteville is closer to Stillwater than every other Big 12 road destination except Norman and you’re beefing up your noncon slate by adding a Power 5 opponent from the SEC. And let’s not forget about the extended recruiting footprint into a state in which the Cowboys have already had success finding talent. [PFB]

This is the kind of opponent I love adding – nearby, good for recruiting, fun venue. I don’t need nearby but it provides better odds that more fans will be able to make the trip.

• A recruiting analyst had a unique take on Chuba Hubbard’s value as a recruit that I hadn’t considered.

Farrell’s take: Hubbard was a four-star athlete out of high school because he could have played numerous positions including defense as well. However, his strength was always his ability as a running back with great vision and excellent quickness. Hubbard is good in space and has shown he has the potential of a star. [Rivals]

Rivals noted Hubbard as one of their ten national breakout players to watch this year – his numbers in the small sample size we have seems to merit the honor. I do wonder the kind of damage he could do at cornerback though.

• Interesting to see where Ken Pomeroy (college basketball savant) had the Pokes ranked in his listing of programs since 97′ – hint: it’s between Marquette and Pittsburgh

• This is pretty interesting – Gundy and Riley with different takes. It may just depend on how good your offensive line is, eh?

Interesting dichotomy on these comments from Mike Gundy & Lincoln Riley today regarding QB's.

Gundy says history tells you more than one QB will be needed most seasons.

Riley says he takes pride in his offense rarely needing more than one in a given year.

Both are right, too. pic.twitter.com/aVjRUAf10M

• Why everybody is suddenly allergic to everything

• The downside of possibility – the tough part about being an optimist