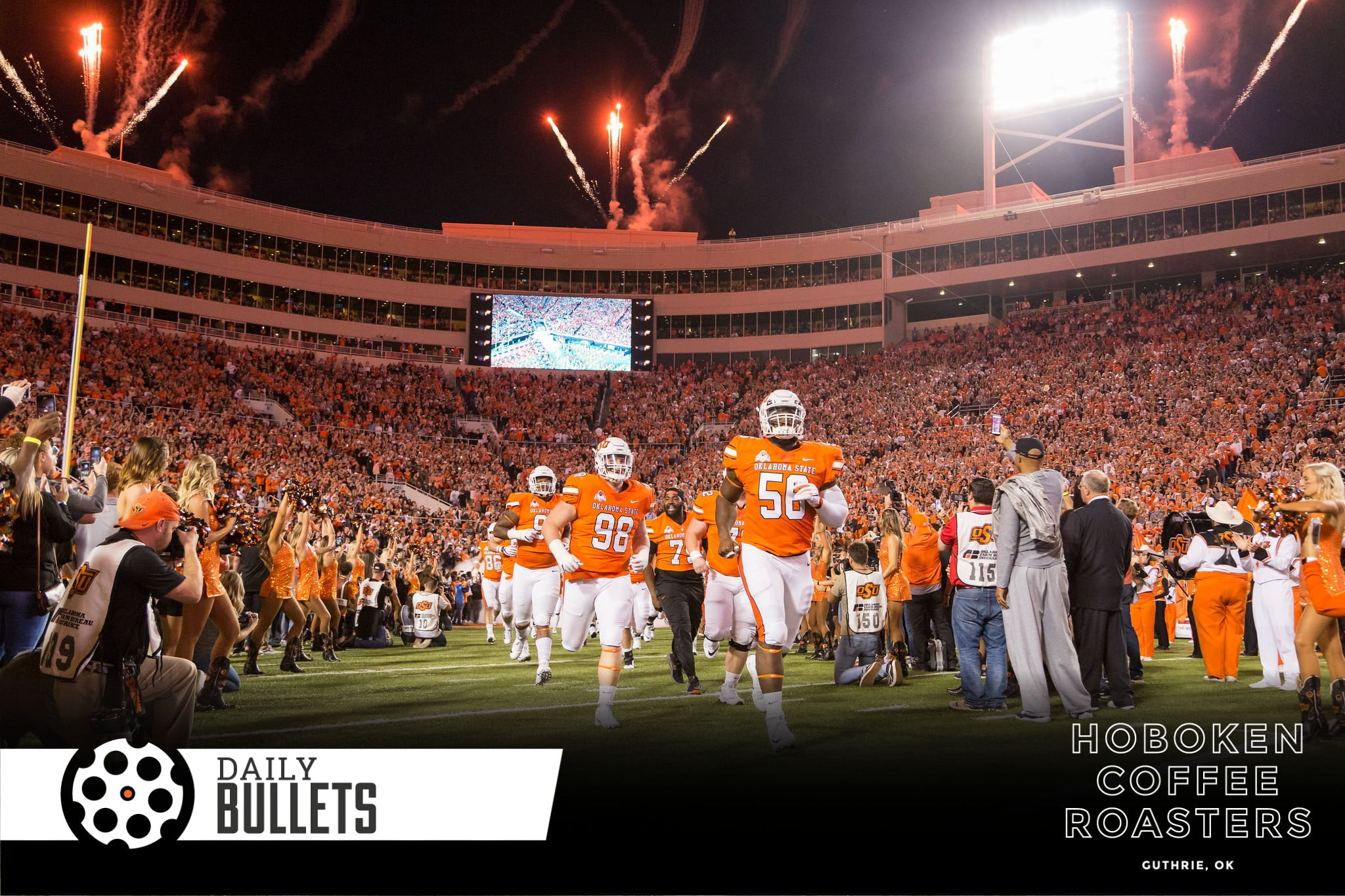 Big news around the site this week: we’ve added forums and relaunched our contributor program with added benefits. You can sign up for all of the above here and find an even better explanation of the changes here.

Enjoy the new form of engagement (forums are a comment section on steroids) and a sincere thank you to all who contribute as it means the world to us in a world of changing journalism models (and funding).

• What would a true two QB-system look like?
• James Washington looks to be climbing the depth chart
• Viktor Hovland update on working for his tour card

• This is a fascinating thought: what if the quarterback race results in a two-quarterback system where both are on the field at the same time consistently?

Still, there’s this gnawing option that maybe the Cowboys could have a quarterback surprise. Gleeson, after all, often played two quarterbacks at Princeton, which by Ivy League standards had a strong QB pedigree. Sometimes even on the field together.

Back in the summer, Gleeson deflected any questions about a two-quarterback system — “I’m going to keep that one under the hood,” he said – but he did cop to his Princeton days.

“We played three, too,” Gleeson said. “That history at Princeton was because those guys deserved to play. It wasn’t gimmicky. It wasn’t something where we were trying to fool people. [NewsOK]

I would put the odds of Gundy retiring to be a Payne County road grader higher than him signing off on pulling a receiver off of the field consistently for a second quarterback.

But a package used on a regular basis? That would be a pretty wild scheme change that wouldn’t be surprising.

• James Washington has turned the tide of public sentiment after a disappointing rookie season.

Fans also shouldn’t forget about James Washington, a second-year wideout who should be the team’s No. 2 receiver entering Week 1 of the regular season. Washington made a statement of sorts in Pittsburgh’s preseason opener, catching four passes for 84 yards and a score as he continues to put his disappointing rookie season in the rearview mirror. [CBS Sports]

An early depth chart that was making the rounds had Washington backing up lead receiver Juju Smith-Schuster but now it appears his play is warranting higher attention.

• Former Cowboy Viktor Hovland is off to a scorching start during the first event at the Korn Ferry Tour Finals.

But Hovland still has a chance to join them on Tour next season – and the 21-year-old Norwegian is making the most of that chance so far.

Hovland, who turned pro after his junior year at Oklahoma State and earned enough points through Tour exemptions to qualify for the Korn Ferry Tour Finals, shot 7-under 64 Thursday to grab a share of the first-round lead at the Nationwide Children’s Hospital Championship in Columbus, Ohio. [Golf Channel]

If Hovland can keep this up through the weekend, he’ll be well on his way to punching one of 25 tickets up for grabs.

• From an x’s-and-o’s perspective, this really surprised me. 51 percent led the country in passing the ball out of run/pass option plays!

When running a RPO, Alabama's offense ranked 1st in yards per play and 1st in % of plays with positive EPA. pic.twitter.com/gLPDLPD9hZ

• I’m not here for the Chuba Hubbard disrespect. I know PFF is just numbers based off last year but their has to be some forward-facing aspects to their team.

• How Dartmouth is shaping the future of football – did OSU hire the wrong Ivy leaguer?