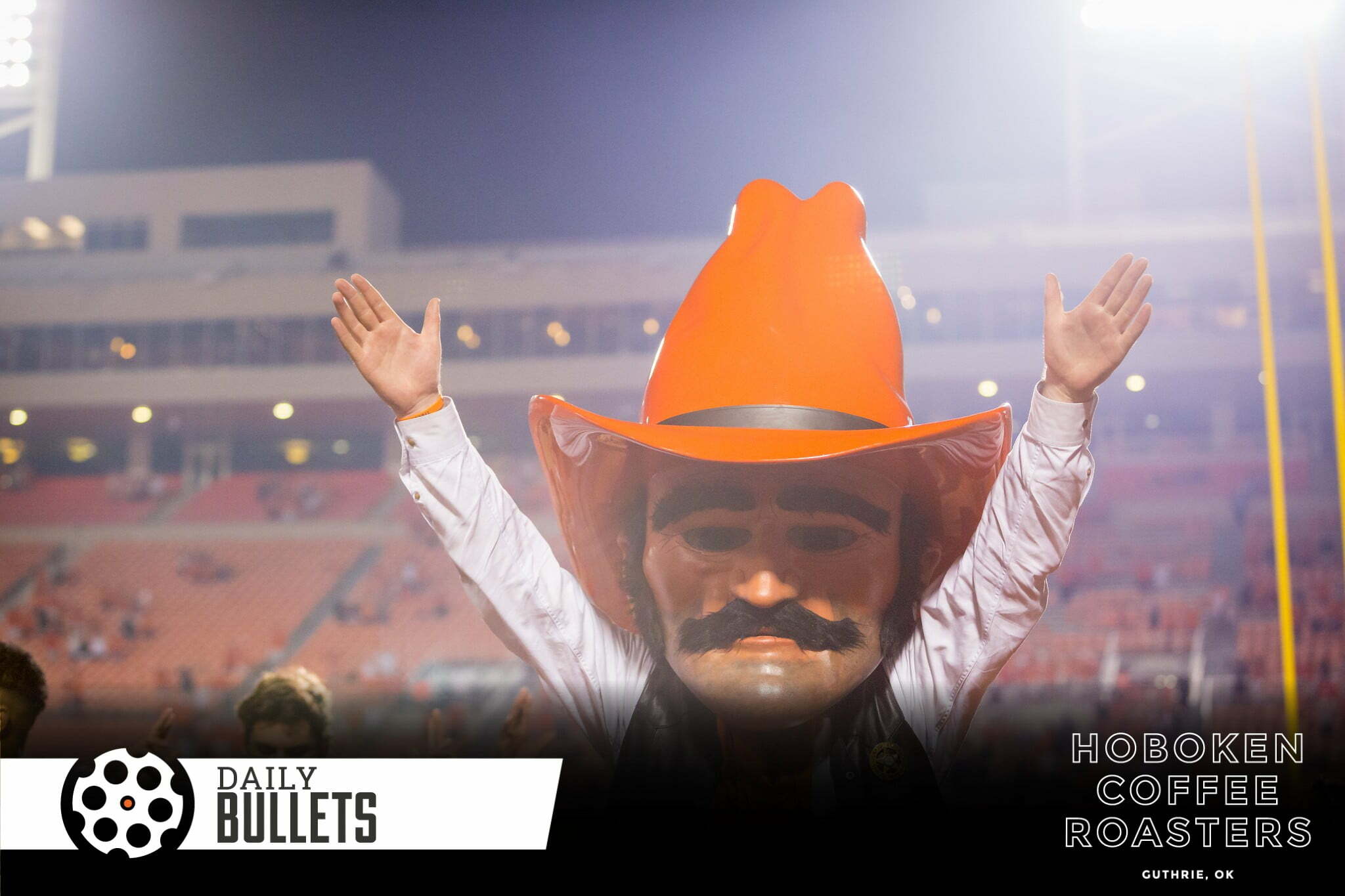 • The Pac-12 announced it’s not considering expansion at this time. Bummmmmmmmmer. This is probably the right interpretation of what the league is saying and here’s where to go if you want to feel optimistic.

• OSU Football released their first depth chart of the season – lots of “ors” as usual. Cox had some good takes in his “five thoughts” including highlighting the running backs and the freshman starting at receiver

• Athletic Director Chad Weiberg was quoted a couple of days ago feeling positive about realignment:

“We’re in a good position,” Weiberg said. “And I’m just speaking of the position we’re in (now), and feel really good about that. We just have to keep doing what we have been doing to put us in this position. Regardless of what happens going forward, there’s nothing that’s going to take the place of that.”

• Sort of not-OSU but it’s time for the Big 12 to be the Big 12 -> BYU is the no-brainer, keep an eye out for them coming with Utah State
• Driving the state of Maine sounds awesome

Thought this quote was timely with yesterday’s conference news:

“Always be prepared to absorb a big hit.
Always be focused enough to create a big win.
Diversified enough to survive, concentrated enough to matter.”