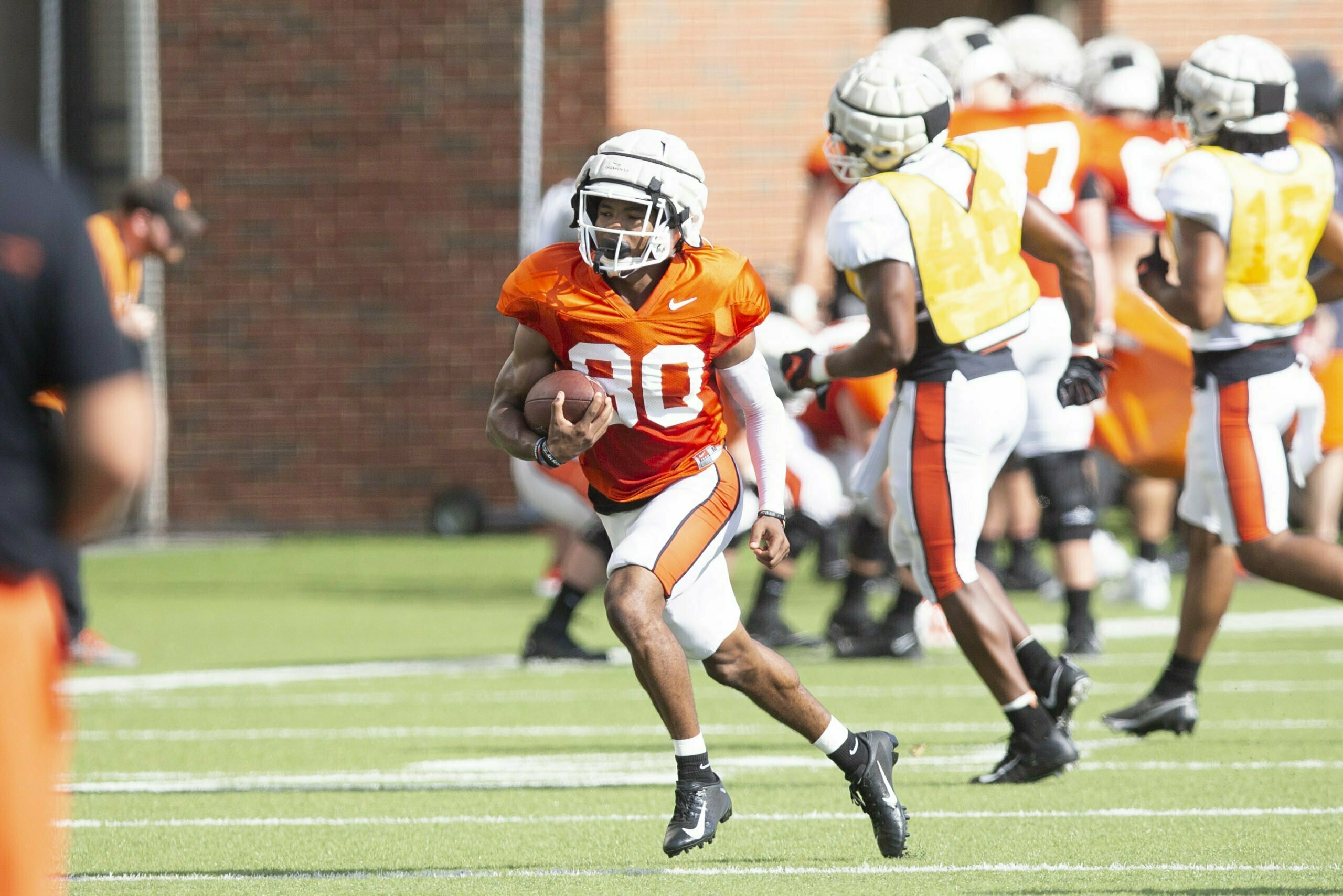 On Thursday, Oklahoma State put out its first depth chart for 2021 and, also on Thursday, Mike Gundy had a lengthy media availability discussing it. I had some thoughts on both, and here are the first five I could get through the keyboard.

1. Running Back Room is Deep and Talented

There have been certain years in which OSU coaches just couldn’t nail down a starter by Game 1, and that often can mean the absence of a star on campus. This year’s RB depth chart has more ORs than a row team but, in this case, that’s not a necessarily a bad thing.

The Cowboys are deep and talented with four running backs that Mike Gundy feels comfortable toting the rock, and all of them are (at least somewhat) proven. LD Brown is the sixth-year elder statesman. Dezmon Jackson and Dominic Richardson return each having shown his star potential last season, and Utah State transfer Jaylen Warren has generated plenty of buzz in the spring and fall camp. Behind them are rookies Jaden Nixon and Zach Middleton.

“We’re very fortunate we’ve got a number of guys that we trust can carry the ball and be effective for us at the running back spot,” said Gundy on Thursday. “I’ve never had the luxury of having this many backs.”

The Cowboys’ exciting sophomore is at the top of the depth chart for both kick and punt returns.

So, no real surprise here. Gundy told us as much earlier in camp, but the thought of OSU using such a dynamic talent in the return game has me giddy for the first defensive stop. OSU only has three total return TDs since Tyreek Hill made Bob pay for the repunt in Bedlam.

On Thursday, Gundy even shared that Presley requested they give him flags since they don’t hit returners during special teams practice.

“Brennan has a different train of thought at times,” Gundy said. “It’s the first time I’ve been asked that.”

Four true freshmen wide receivers earned a spot on the two-deep. Don’t ask me when that last happened, but it seems to bode will for OSU’s receiving corps moving forward past 2021. But the one with the most upside coming in is set to be a Day 1 starter.

After a strong fall camp, true freshman Blaine Green is penciled in as the Cowboys’ starting outside receiver. Gundy credited his physicality (at 6-1 and 215), ability to learn quickly and stay healthy as reasons why.

If there was one player I would not expect to have an “or” behind his name it would be Trace Ford, but that’s less a knock on him and more a nod at the rest of the Cowboys talent up front, including his current competitor for snaps, Brock Martin. Ford is coming off of a torn ACL from last season and is continuing to be worked into things this preseason.

The Cowboys should be able to utilize hockey-style line changes on defense, which is crucial to keeping up with the potent offenses they’ll face this fall. Between DEs Ford, Martin and opposite edge rusher Tyler Lacy is a combined 45 career starts. At defensive tackle the Pokes return starters Israel Antwine and Brendon Evers and are deep with experience behind that pair, as well.

The Cowboys are still undecided at the crucial LT spot. Incoming behemoth Caleb Etienne is coming along well from all accounts, but he’s being pushed by redshirt sophomore Taylor Miterko. But indecision at this point does not always mean there’s reason for concern.

Gundy says that both guys are still getting plenty of work and that he’s going to let the competition work itself out, which bodes well for OSU’s talent level and experience protecting Spencer Sanders’ blind side.

“In the first game, I would guess they’re both gonna play,” said Gundy. “And then we see how they play — we all know that some young men play different in games than others. I think both of them deserve a chance to get out there and compete.”