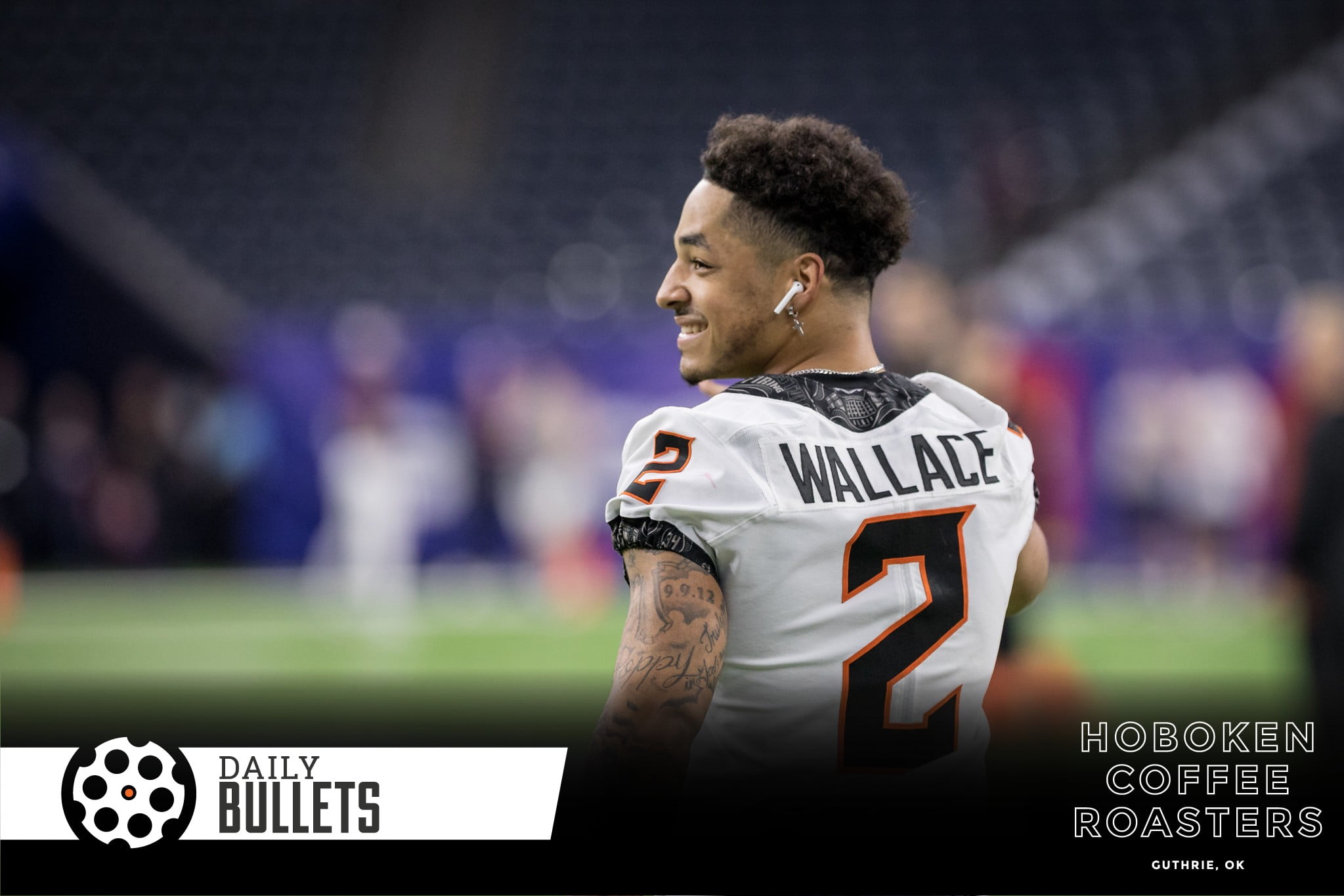 • Football’s back in Stillwater.

• This was a helpful perspective from Bobby A. on the rash of Arkansas commitments from the Sooner State.

So, the answer is that one of the Arkansas commits is bothersome (kicker Cameron Little); another the Cowboys loved, but not at the position (Bryce) Stephens wanted to play; and on two-thirds of them not so much. (Keuan Parker, Javion Hunt, A.J. Green, Solomon Wright) [Pokes Report]

• Big Ten players come with much smaller demands than the Pac-12 players brought:

Some demands from Big Ten players:
– twice a week testing AND testing on the day of competition
– COVID-19 liability waives banned
– automatic redshirt for a player missing a game for positive/quarantine
– complimentary access to Big Ten Network for players’ families

• Brennan Presley sounds like he’ll be a noisemaker in the slot sooner than later.

• First FBS team to cancel their football season.
In other unrelated news, it’s unlikely that UConn beat another FBS team in football this year either.

How to see opportunities others miss:
1) Study a totally different field, then return to the original problem. Apply insights from other domains.
2) Invert the problem. Try to achieve the opposite.
3) Talk to hyper-creative people. Their thinking will rub off.