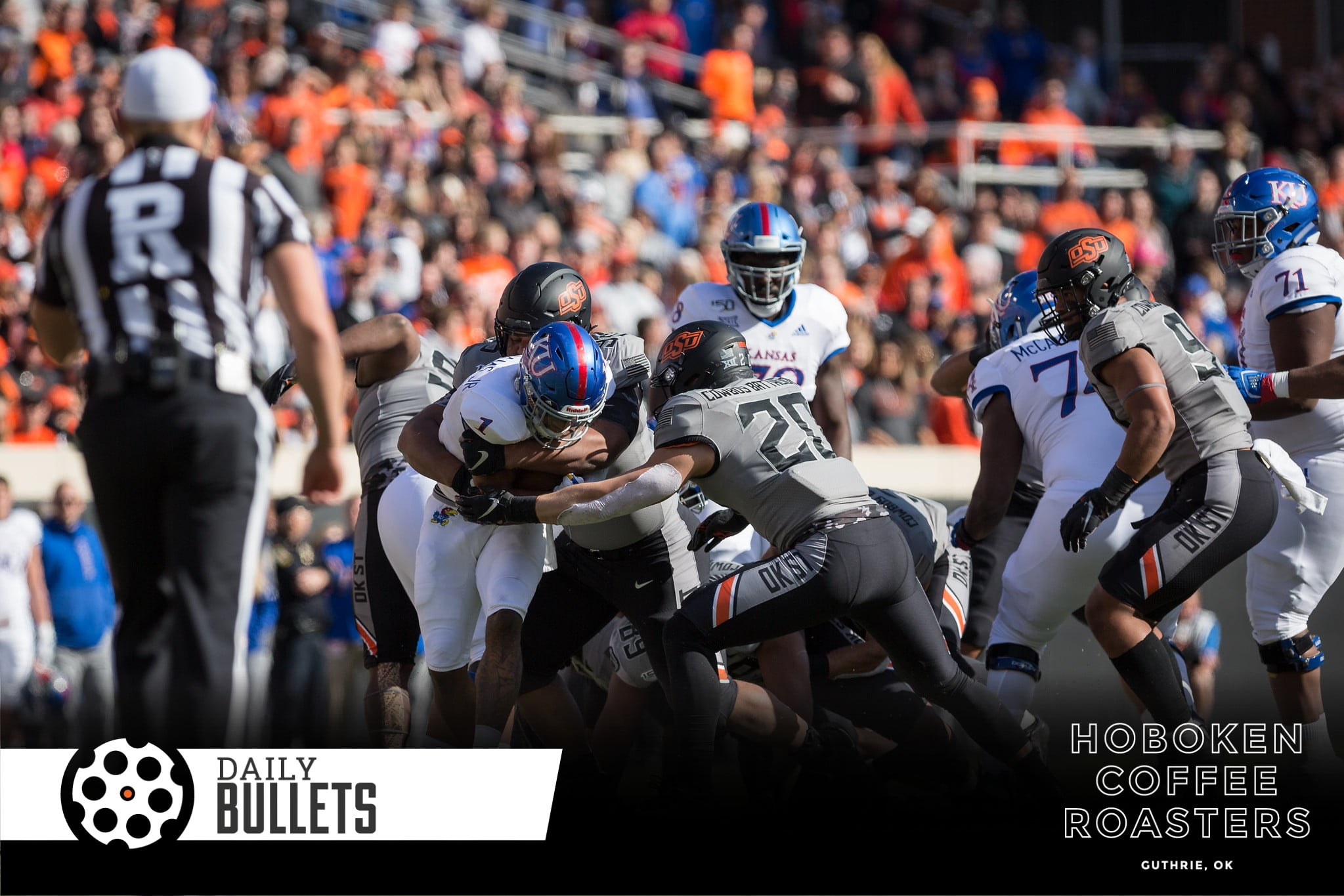 • Pokes start out at No. 16 in the preseason coaches poll

• OSU’s offense has all the star power but the defense is loaded with depth, experience, and strategic additions in the right spots:

This is an exciting group. Maybe not with the flash and dash of Chuba and Tylan, but in quality and quantity rarely, if ever, seen on an OSU roster.

The Pokes return 21 of 22 defenders off the Houston Bowl depth chart, led by tackling machines Malcolm Rodriguez and Amen Ogbongbemiga. Calvin Bundage is back, too, following a year away due to injury. Missouri grad transfer Christian Holmes has starting experience, and offers immediate help at the one position void of a 2019 starter: cornerback. Collin Clay, a sophomore transfer from Arkansas, played in 11 of 12 games for the Hogs as a true freshman, and hopes to be ruled immediately eligible, which would be a huge boost to the defensive front. [Pokes Report]

• Spencer Sanders is getting around OK.

It’s all about how you respond🤫 pic.twitter.com/hQoeipFOdo

• Update from fall camp – there’s been a mullet trim during the quarantine.